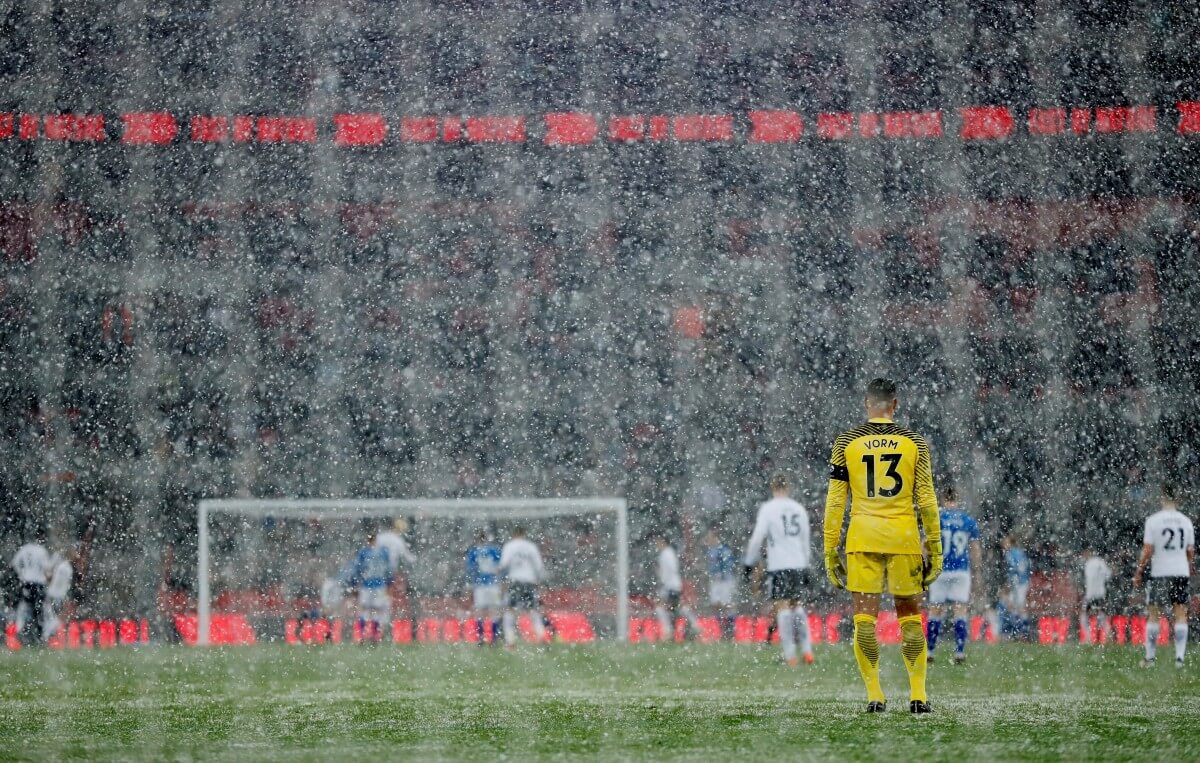 A Tottenham Hotspur fan has been fined after throwing a banana skin at a black Arsenal footballer in a “targeted gesture” with a “racial element”.

Averof Panteli admitted hurling the item on to the pitch at the Emirates Stadium after Arsenal’s Gabon striker Pierre-Emerick Aubameyang scored against his side and celebrated in front of Spurs’ travelling support earlier this month.

The van driver, 57, said he picked up and threw the discarded skin in a “spur of the moment” action but strongly denied there was any racist intent, Highbury Corner Magistrates’ Court heard on Tuesday.

After being identified in CCTV images and detained by a steward Panteli said “it wasn’t a racial thing it just happened”, the court heard.

Magistrate Mervyn Mandell said: “We find it was a targeted gesture to throw a banana skin after a goal was scored by a black player.

“We have in the circumstances found the racial element was there.”

Panteli, of Borrowdale Drive, Norwich, was handed a four-year football banning order after pleading guilty to throwing a missile.

The father-of-three, who is of Greek Cypriot heritage, was also fined £500, which includes a £100 uplift for the racial element, and told to pay £135 in costs.

Leila Rasool, mitigating, said Panteli had been going to Tottenham games for 50 years without incident and was of “exemplary character” but had since been banned for life by the club.

She told the court: “It was a spur of the moment thing. He picked up the closest article to him and that happened to be a banana skin.

“He realised the grave error he had made. He has not been charged for any racially aggravated public order offence.

“Police directly told Mr Panteli they accepted his account and didn’t think there was a racial element.”

Panteli, who wore a black tie and jacket with a white shirt, was accompanied in court by family members, including a son-in-law who is mixed race, Ms Rasool said.

Speaking outside court she told reporters: “He’s deeply distressed about the past weeks’ backlash he’s faced, the vilification of him for what was a spur of the moment action made by a passionate Tottenham fan.”

After the pulsating 4-2 derby win, Premier League joint-top scorer Aubameyang posted a picture of himself on social media with the caption #whysmandoingthis? accompanied by a banana emoji.

Striker Aubameyang posted on Instagram with a caption accompanying a newspaper article about the case, saying: “4 years and we start again.”

The incident triggered a fresh debate about racism in football, with former Arsenal striker turned pundit Ian Wright saying it had “embarrassed” the Premier League.

The offence of throwing a missile on to a football playing area is contrary to the Football (Offences) Act 1991.

At an earlier hearing, Arsenal fan Charlie Watts admitted throwing an empty plastic bottle towards Spurs players who had gestured at home supporters after Tottenham scored a penalty in the same game.

The 27-year-old, from St Albans, was handed a three-year football banning order prohibiting him attending any regulated matches in the UK and ordered to pay a fine of £650 plus costs of £150.

Questioned about the matter in a press conference ahead of the game, Arsenal manager Unai Emery said he was supportive of the bans handed down to Panteli.

He said: “This is not respect. I think it’s a good decision (to ban the fan).”