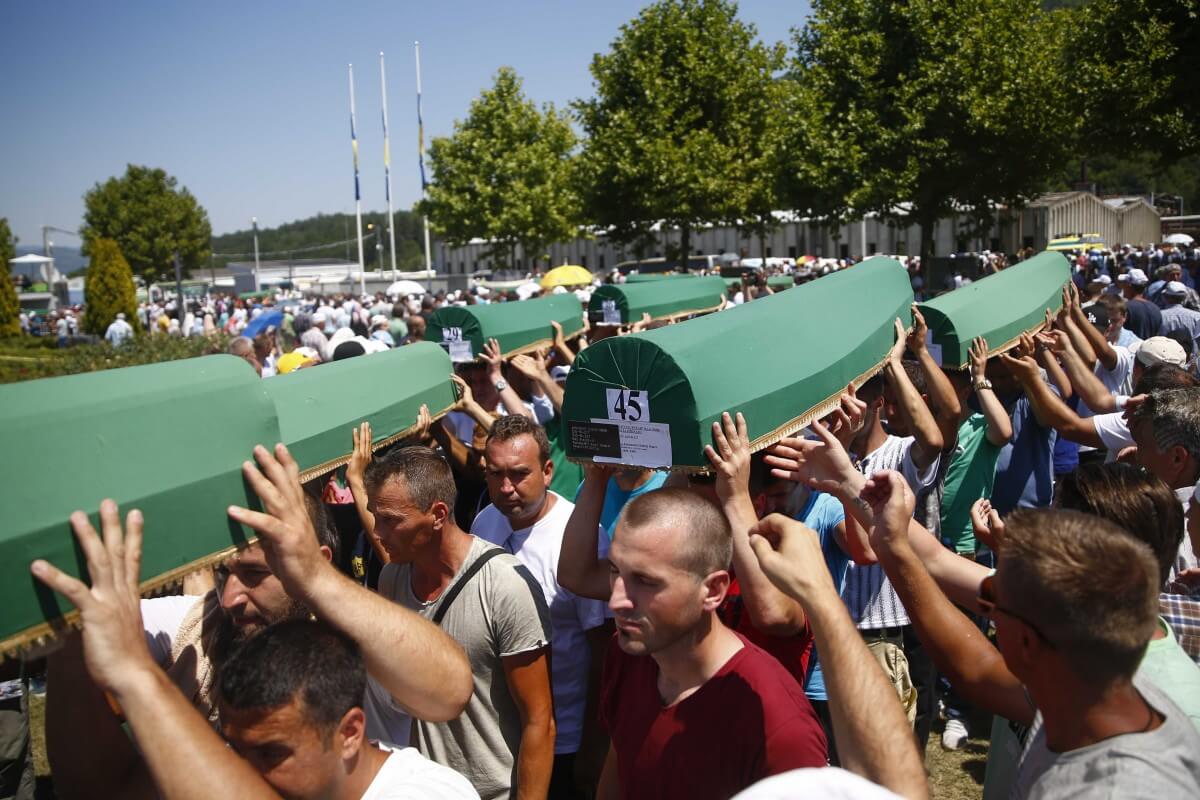 Over two decades ago to the day, over 8,000 Bosnian Muslim men were massacred in Srebrenica by Bosnian Serb forces. Serb forces attempted to cover up the massacre which was highlighted by aerial photographs of the ground taken by US forces at the time. The sheer scale of the killing and the ethnic cleansing that took place, showed that hatred could erupt into the brutalisation and murder of communities who lived side by side with each other and who also intermarried with each other.

The killings in Bosnia has had ramifications for decades in the Balkans. However, let us not forget that the massacre happened in Europe and was another genocide after the murder of 6 million Jews in the Holocaust. These were communities that were well integrated and part of German and Yugoslavian society.

Who would have thought that in the mid-1990’s in Europe, another genocide could take place? Yet, these events happen because politicians or leaders foment hate and blame certain communities for the ills that they are suffering. Srebrenica and Rwanda are classic examples of how hatred can spread quickly and rapidly into murderous actions, whilst the Holocaust shows us that a systemised slow burning hatred can be implemented into murderous state policy if a nation believes in the wrong kinds of leaders.

Whilst we remember key events such as Holocaust Memorial Day and Srebrenica Memorial Day, let us not forget how these catastrophies started. They started through hatred which was unchecked and more importantly, seen as ‘normal’ by unquestioning populations. We can never allow the virus of hatred to take root in the UK.