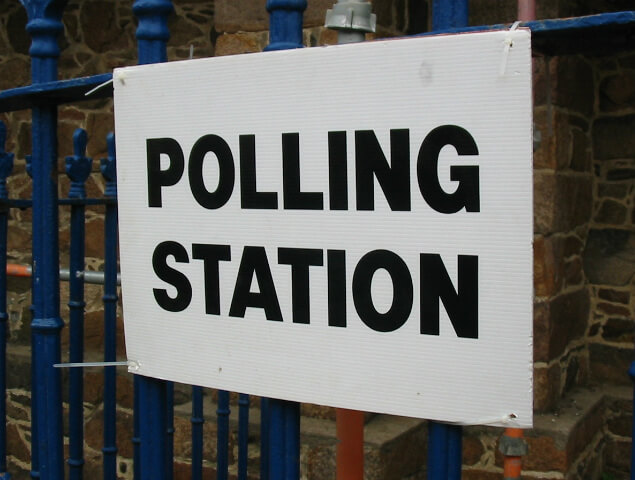 Evidence shows that voting across the UK is safe and secure as plans to introduce ID risks disenfranchising marginalised communities.

In a wide-ranging report published last year, the Joint Committee on Human Rights spoke of their “serious concern” that 25 per cent of Black voters in Britain are not registered to vote, relative to the 17 per cent average across the population. In evidence for the report, Lord Woolley described how hundreds of thousands of young Black and minority ethnic people still see our institutions, particularly the police, as against us and not for us,” who speak of a “rigged system” that do not see politics working for them.

There are significant disparities amongst ethnic groups when it comes to possessing a driver’s licence – as governmental data shows – 38 per cent of Asian people, 48 per cent of Black people, 41 per cent of mixed-race people, and 39 per cent of those categorised as ‘Other’ do not hold a full driving licence, compared to 76 per cent of white people. Women are also far less likely than men to have a driving licence.

Data from the 2011 Census revealed that Gypsy, Roma, and Traveller (GRT) communities are far less likely (66 per cent) to hold eligible passports, which evidence from grassroots groups like The Traveller Movement that community turnout is disproportionately low, owing to ongoing anti-GRT discrimination.

The Electoral Commission has previously warned that limiting accepting forms of ID to passports and photographic driving licences risks leaving almost one-quarter of the electorate without acceptable photographic ID to vote.

The Equalities and Human Rights Commission warned that voter ID trials in 2018 would have a “disproportionate impact on voters with protected characteristics, particularly older people, transgender people, people with disabilities and/or those from ethnic minority communities.”

For older generations, the Mirror newspaper revealed how one-third of those aged 70 and over do not possess a drivers licence (including 55 per cent of women), as just over one third (35 per cent) of the age group not owning a passport.

In consultation with the Electoral Commission, charities representing people with disabilities, GRT, LGBT+ groups, and those from Black, Asian, and minority ethnic groups, and those with no fixed address had general concerns about the broader ramifications of such an introduction. Barriers include difficulties in access services requiring proof of identity – including ease of access to the internet. In addition, individuals without a fixed address are less likely to possess non-photo forms of identification, like utility bills. A trans or non-binary person’s ID may not reflect their gender expression or identity (and as Stonewall notes, they face challenge from staff if the name on their ID differs from that of their Deed Poll).

For people with learning disabilities, it raised questions about the availability of accessible information to ensure they are informed about ID requirements and could access ID. Finally, the consultation feedback added that the  “cost, inconvenience and time required to obtain ID may be prohibitive for some people.”

A pilot scheme in Derby, for example, found a strong correlation between the proportion of each ward’s population from Asian backgrounds with those not issued with ballot papers. In contrast, in Pendle, another pilot area, it found a weak correlation between each ward’s population and those from Asian backgrounds arriving at a polling station either with no form of ID or the wrong ID.

The Electoral Commission noted that a 2018 pilot in Watford indicated “a strong relationship between the proportion of Asian residents and the number not issued with a ballot paper.” It did not, however, see such correlations in Woking and Watford a year later, cautioning against drawing broader conclusions from the data available.

Awareness was a big issue in the 2019 pilots, as white respondents (46 per cent) were far more likely to know about the need to bring ID to vote than those from Black, Asian, and minority ethnic groups (27 per cent).

Age proved a factor. Those aged over 55 were also far more likely to have heard something about the scheme (54 per cent) than those aged 18 to 34 (31 per cent).

Awareness about the need for ID in the 2019 pilots proved lower amongst first-time voters (73 per cent) compared to those who had voted before (87 per cent).

When asked about how easy it would be to show ID, those from Black, Asian, and minority backgrounds were (87 per cent) less likely than white electors (92 per cent).

Black, Asian, and minority ethnic households across the UK are more than twice likely to live in poverty compared to white counterparts, experiencing disproportionate job losses and pay cuts during the Covid-19 pandemic, demonstrating how the pandemic is exacerbating pre-existing inequalities and discrimination, which can make the fees for driving licences and passports harder to gain.

Regarding electoral fraud, there were just four convictions and two cautions in 2019, as almost two-thirds (64 per cent) of outcomes saw no further action. Just over one-third had a local resolution, as more than half of reported cases that year concerned campaigning offences.

In 2017, Almost half (165 cases) of all cases of alleged electoral fraud reported were a campaigns issue, a major of which concerned imprint offences (96 cases). Eight cautions and one conviction occurred that year.

Alternative plans, including automatic voter registration, which the Electoral Commission explored in 2017, should be looked at, reducing registration gaps and increasing democratic participation from marginalised and under-represented communities. The lessons of Windrush show the stark and unjust treatment faced, including access to public services due to a lack of formal ID.

Instead, we must protect fundamental rights when voting and cultivate an understanding of how best to meaningfully improve voter participation amongst marginalised groups, which should work in tandem with reducing existing structural barriers and inequalities in voting, including exploring the use of alternative schemes – like automatic voter registration.