Statement: Life sentence for the white supremacist terrorist who murdered 51 Muslims in Christchurch 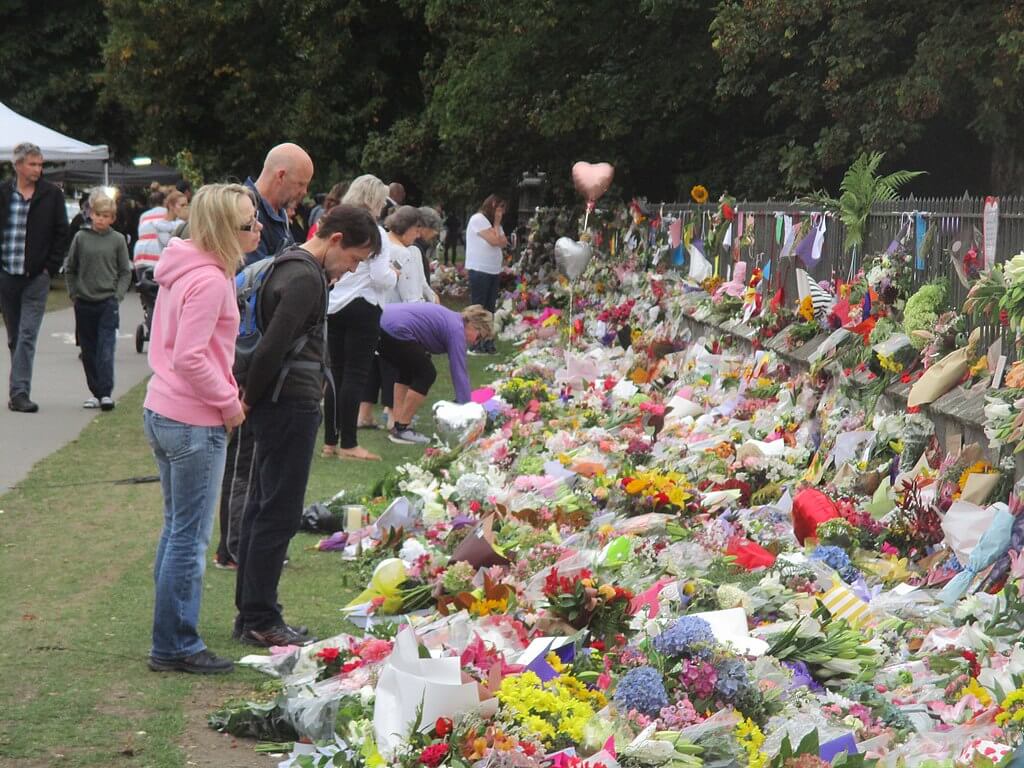 We welcome the whole life sentence without parole given to the white supremacist terrorist who murdered 51 Muslims as they prayed in Christchurch, New Zealand. That fateful day tore families apart and thousands of miles away inspired further acts of far-right terror – from Norway, Germany, England, and parts of the United States. It also created one of the biggest ever spikes in reports to Tell MAMA – a 692% rise, with 12 incidents recorded in the previous week (March 8 – 14) and 95 the following week (March 15 – 21). Some celebrated this terrorism, as a ‘job well done’ on social media. In Oxford, on March 18, a Muslim woman, who wears the hijab, described hearing ‘shooting sounds’ from a middle-aged man as she walked to work.

Our report also shows the obsessive, far-right historiography of Europe, which glorified violence, conflict, and genocide against Muslims in the Balkans were written on the weapons used and in the screed published online.

As Justice Mander said: “He caused permanent and immeasurable suffering and harm to victims and families, the Muslim community and New Zealand.”

On Twitter, we kept a running thread of statements from the family members who lost loved ones, of those injured, and those traumatised by the events of March 15, and we urge members of the public to read them in full through the various links provided.

As the press focus in New Zealand rightfully shifted towards those impacted, we must also challenge the inconsistencies in the press coverage in the UK, where headlines did and did not reference terrorist or terrorism. 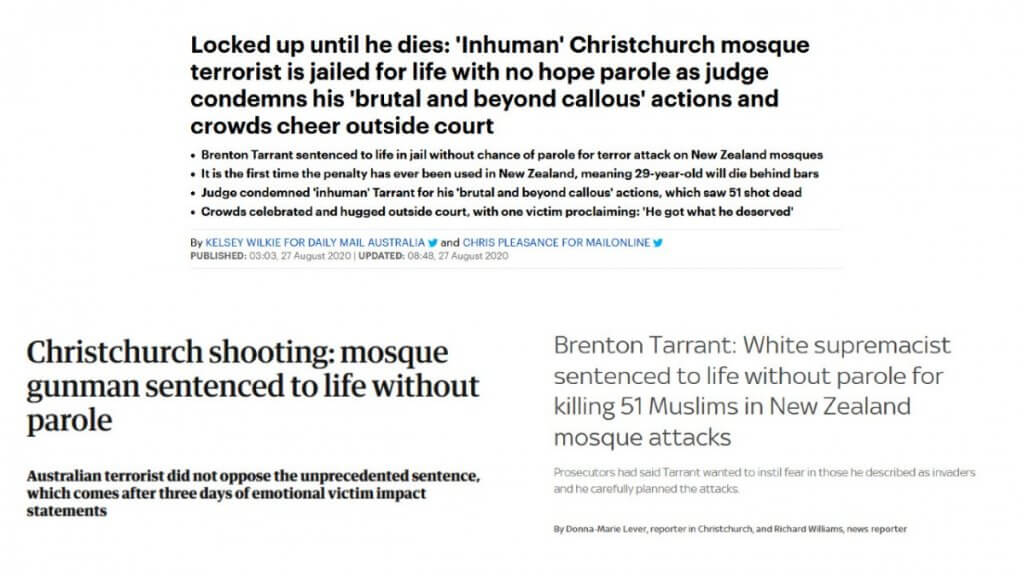 Headlines are drawn from Daily Mail Australia (top), the Guardian (left, which uses the word terrorist in the sub-heading), and Sky News (right). 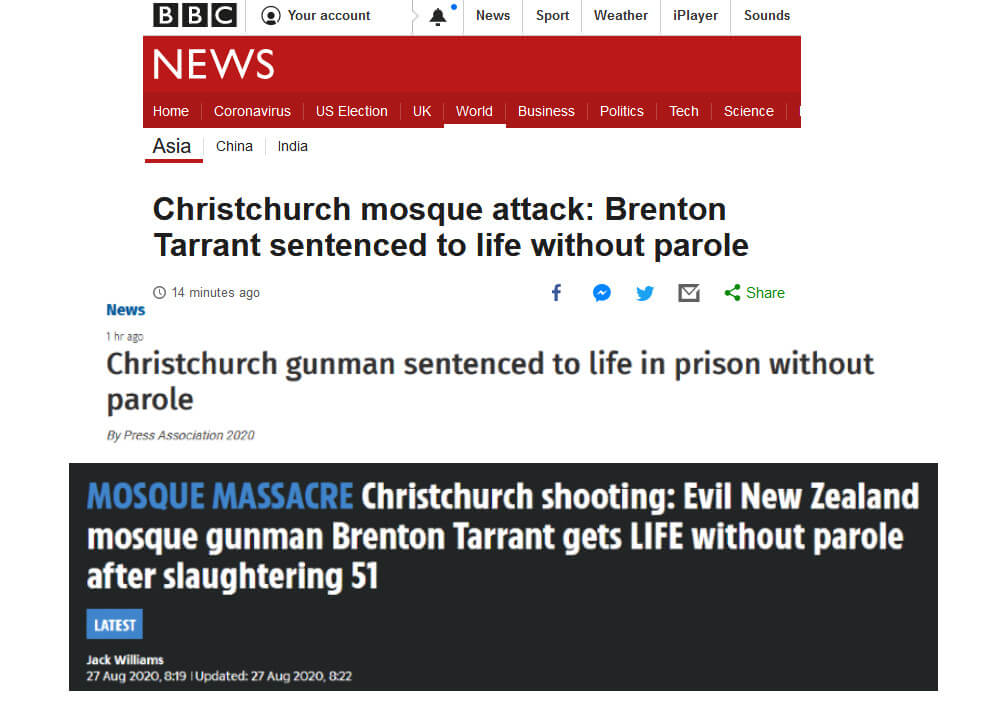 This inconsistency speaks to a wider, systemic problem in the framing of far-right terror more broadly, and is something we have long challenged. The goal was ideological: to use violence and murder for a white supremacist cause, to encourage harm, violence, and to terrorise Muslims globally. To dissociate this violence from the ideology which underpins it is self-defeating and wrong. It must be confronted and challenged in all its forms.

Today, our thoughts are with the 51 victims, their families, survivors, and all those impacted by the terrorism enacted against the Muslims of Christchurch, amid celebrations of the verdict.

The conversations around racism, anti-Muslim hatred and Islamophobia must endure, as we continue to challenge those who seek to divide and who help mainstream the ideologies of violence and terror.