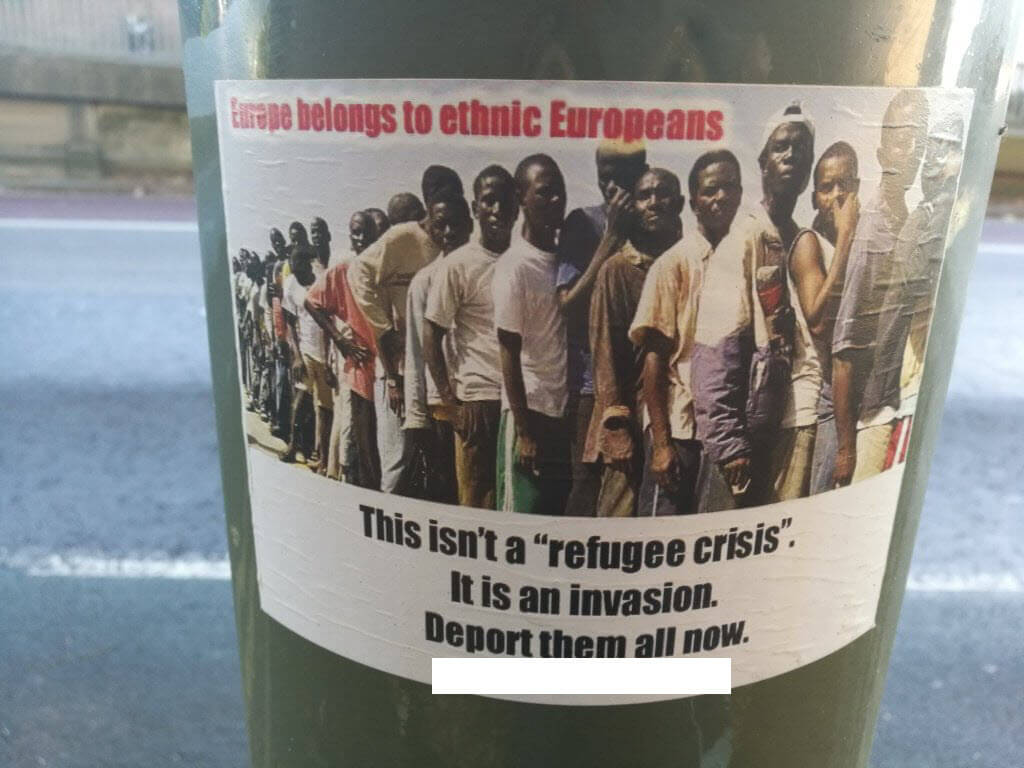 We have been sent the following sticker which appeared on a street lamp-post in Blackwater, North Hampshire. These stickers play on the fear of mosques and inevitably of Muslims, who use mosques and groups promoting such views are increasingly taking to posting such material on lamp-posts.

Worryingly, the sticker below was from the far right extremist group – the ‘British Movement’ and shows the racist notion of the group as it talks about Europe being for ‘ethnic Europeans’. The play on race is clear and the group seems to promote National Socialist ideals of past far right movements where race was a fundamental part of the extremist ideology.

If you come across such stickers in the future, you can contact your local authority to take them down or you can tweet, Whatsapp or SMS us the pictures with the locality and we will contact the relevant officers in the local authority. Such intolerance cannot be allowed to fester in our communities.