Stop Arabic From Becoming the Language of Fear 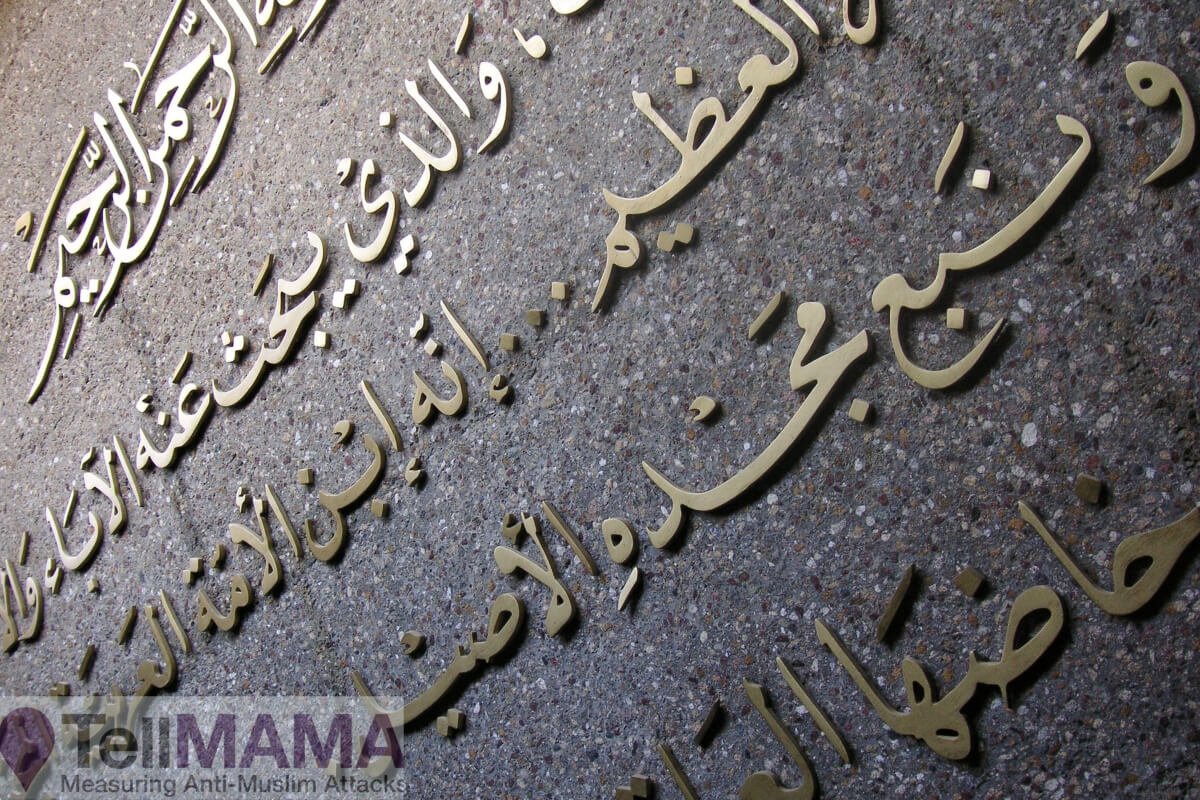 It must be said we live in the midst of turbulent times. As forced displacement figures reach all time highs, a distinctly anti-immigrant wave of right-wing populism surges forth to meet it, with big “wins” being witnessed across the leadership board in the Western sphere. Whether the candidacy of figureheads such as Farage and Trump are manifestations of popular sentiment or they managed to successfully exploit times of uncertainty for political gain is another question, but the narrative they promote reaches far and wide into our everyday happenings like a fiendishly twisty ideological octopus.

The point being: the world is becoming paranoid, and the siren of fear, so purposefully manipulated by such politicians, media and other like-minded opportunists, is beginning to deafen us to the point where, apparently, well-grounded reason is no longer audible any more. The EU’s less than adequate handling of a steep influx of migration from both war-torn and economically-destitute countries, i.e. buttressing the existing walls of Fortress Europe and systematically violating human rights law by creating policy that forcibly repatriates vulnerable asylum seekers and migrants, has only worsened the climate for those in need of safe havens. Yet, this closed-minded mentality doesn’t stop at shuttering down the borders, it extends to our everyday interactions to boot. Let’s get into it:

Last week Delta Airlines were at the epicentre of a public affairs scandal following their forced removal of 2 young Arab-American males from a passenger plane heading from London – New York for “speaking a different language”. The language? Arabic. So-acclaimed Youtube star, Adam Saleh and his friend, Slim Albaher, filmed themselves being unceremoniously booted off their flight after a nearby passenger supposedly overheard Adam talking on the phone to his mother and informed him that she was “feeling uncomfortable”. Several other passengers backed her up, some even aggressively so, after which the flight attendants, asked the pair to leave the aircraft, with pilot in tow. Now, Adam Saleh has filmed an array of tongue-in-cheek social experiments around the idea of discrimination against Muslims and anti-Muslim stereotypes, so accounts of the incident vary from source to source. That being said, prankster or no, he sheds important light on the wider phenomenon of Islamophobia that is so prevalent today.

Right now, we sit at the intersection of Islamophobia and mass migration (by those seeking a better life, a large contingent of which are also escaping the brutal Assad regime and the throes of violent persecution, robbed of their sovereignty). It’s up to us to use every weapon in our ethical arsenals to twist free of these exaggerated perceptions thrust upon us and look to each other as human beings, free of misconceptions.

Stop others from co-opting Arabic as the language of fear.

Arabic had a rich heritage before it became so steeped in paranoia. It is the language of poetry, of literature, science, astronomy and philosophy from ancient Arab civilisations. But now, when we hear it, our minds spring to one word: “terrorist”. How have we reduced such a pillar of human development to one caricatured man with a beard and a bomb cowering in the belly of a plane? As an Arabic student, it exasperates me that this beautiful tongue is being tarred with such an ugly reputation, that represents a hugely disproportionate minority of Arabic speakers worldwide.

I say “we”, because it’s only human that after intensive bombardment from Western media circles that frame migration issues in a calculated attempt to create suspicion and fear of ordinary people, we become suspicious and fearful of ordinary people. But we have to challenge ourselves.

My mother recently told me a story about a family she noticed walking through a Texas airport in the wake of the Berlin truck attack, having arrived on a plane from Turkey. They were making their way through the arrivals hall, heads down, avoiding eye contact with other passengers. Perhaps they were just lost in their thoughts, but perhaps they were fearful of reprisals by social vigilantes who might take it upon themselves to “make America great again”. She expressed feeling a deep-seated sadness that they should feel victimised to the extent that they expect harassment before respect, prejudice before mutual tolerance, animosity before openness. She wanted to look them in the eye and reassure them that they were not being held accountable for a militant minority’s actions, but sadly, and understandably, the family kept themselves to themselves and the moment passed. What would you have done?

Twitter reactions via hashtags such as #DeltaIntolerance and #DeltaRacist demonstrated a healthy dose of public outrage at the extremist profiling of the 2 young men, but I was surprised to witness some on the more progressive end of the spectrum (both Muslim and otherwise) defending Delta’s actions on the basis that the pair incited a reaction at a sensitive moment. To that, I say this: your one moment of discomfort or offense is well overshadowed by multiple instances of ethnic and religious discrimination for Muslim and other minority communities all over the Western World.

How can we ensure freedom of expression/ of speech in a fair and just society when we cripple the tools to do so? Language goes to the core of our identity, so imagine how you would feel if yours suddenly became the language of fear. A few passengers, who appeared to be mostly ethnic minorities themselves, stood up in that Delta Airlines cabin in defence of Saleh and Albaher, while the rest either heckled them to leave, or looked the other way until the “ordeal” was over. These are the moments when we decide how we move forward, that shape our outlook and the experience of every community within our society and how they fit together. The least we can do is to keep a common dialogue open.