Stories of the Victims of the Christchurch Shootings 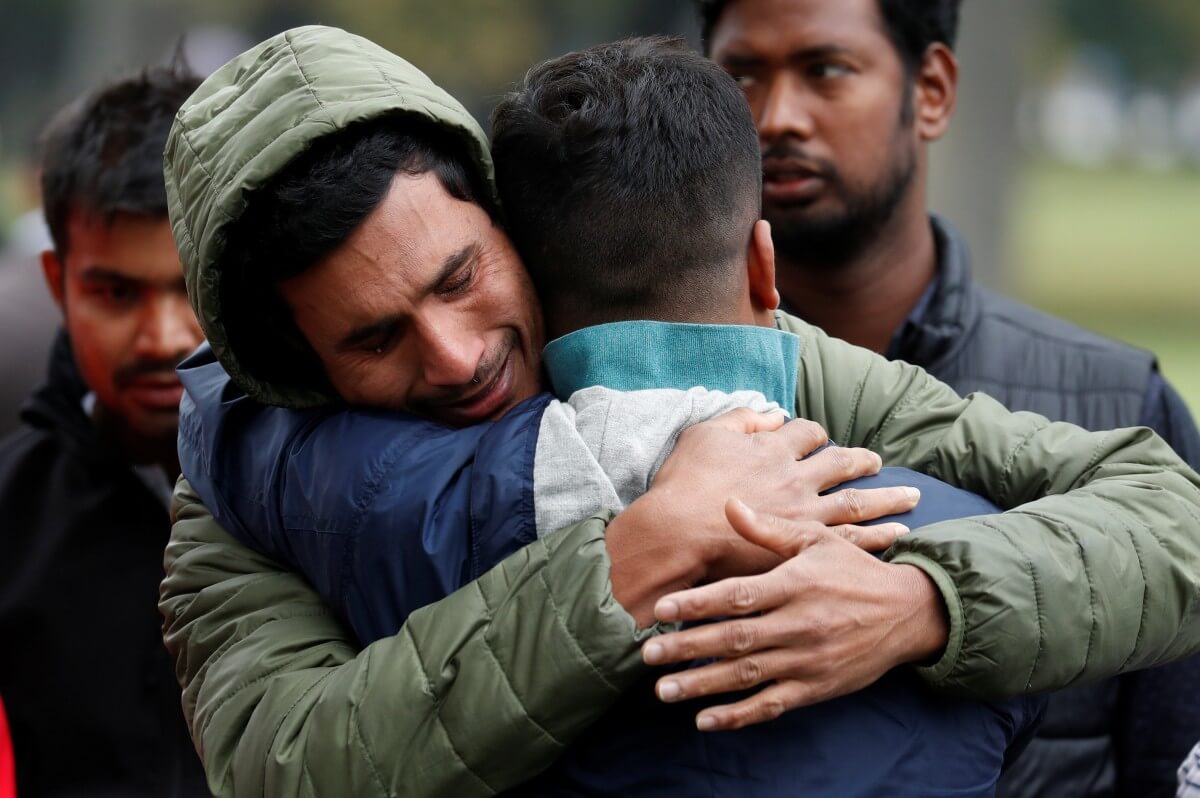 New Zealand and the wider world is in shock after an attack on two mosques took the lives of dozens of worshippers and left several others wounded.

Here are the stories of some of those who were killed in Christchurch.

Mucad Ibrahim was lost in the melee when the firing started at the Al Noor mosque as his older brother Abdi fled for his life and his father pretended to be dead after being shot.

The New Zealand Herald reported that the family searched in vain for the toddler at Christchurch hospital and later posted a photograph of Mucad, smiling with Abdi with the caption: “Verily we belong to God and to Him we shall return. Will miss you dearly brother”.

Abdi described his little brother as “energetic, playful and liked to smile and laugh a lot”, confessing he felt nothing but “hatred” for his killer.

Dirie also suffered gunshot wounds and was taken to hospital. The family fled Somalia in the mid-1990s as refugees and resettled in New Zealand.

“You cannot imagine how I feel,” Mr Hashi said.

He added: “He was the youngest in the family. This is a problem of extremism. Some people think the Muslims in their country are part of that, but these are innocent people.”

Milne was described as a good-natured, kind teenager. The high school student was at the Al Noor mosque for Friday prayers when the attack started, his half-sister, Brydie Henry, told the Stuff media outlet.

Sayyad was last seen “lying on the floor of the bloody mosque, bleeding from his lower body,” she said her father told her.

Sayyad’s mother, Noraini, was also in the mosque and managed to escape, Ms Henry said. The teenager has two other siblings, 15-year-old twins Shuayb and Cahaya.

“They’re all at home just waiting. They’re just waiting and they don’t know what to do,” Henry told the news site.

The Bangladeshi couple had moved to New Zealand sometime after 1994, Mr Chowdhury said.

As the shootings unfolded, Naeem Rashid is seen on video trying to tackle the gunman, according to his brother, Khurshid Alam.

Mr Alam told the BBC: “He was a brave person, and I’ve heard from a few people there, there were few witnesses . they’ve said he saved a few lives there by trying to stop that guy.”

Mr Rashid’s son, Talha Rashid, is also among the dead. Pakistan’s Ministry of Public Affairs confirmed their deaths in a tweet.

The elder Rashid was a teacher in Christchurch and was from Abbottabad, Pakistan. His son was 11 when his family moved to New Zealand. He had a new job and planned to get married.

Mr Nabi moved his family to New Zealand in 1979 to escape the Soviet-Afghan war. Days before the shootings, his son, Omar, recalled his father speaking about the importance of unity.

“My father said how important it is to spread love and unity among each other and protect every member of the society we live in,” Omar told Al-Jazeera.

He told the news network his father ran an Afghan Association and helped refugees settle in to a new country.

“He used to make them feel at home.”

Mr Ahmed had recently moved from his house in Karachi, Pakistan for a job in New Zealand to help support his family back home. On Saturday, Pakistan’s foreign ministry informed his family that he was among those killed during the mosque attack.

One of his uncles, Muhammad Muzaffar Khan, described him as deeply religious, praying five times a day. But education was always his first priority, Khan said.

“He had done Charted Accountancy from Pakistan. He was the only son to his parents. He had only one younger sister … He had only started his career, but the enemies took his life.”

Family members, relatives, and friends have gathered at Mr Ahmed’s house to express their condolences. His body is expected to arrive there in coming days.

Junaid Mortara is believed to have died in the first mosque attack.

Javed Dadabhai said his 35-year-old cousin was the breadwinner of the family, supporting his mother, his wife and their three children, aged one to five. Mr Mortara had inherited his father’s convenience store, which was covered in flowers on Saturday.

Mr Mortara was an avid cricket fan, and would always send a sparring text with relatives over cricket matches when Canterbury faced Auckland.

Farid Ahmed has said he refuses to turn his back on his adopted home, despite losing his 45-year-old wife, Husna Ahmed, in the Al Noor mosque attack. They had separated to go to the bathroom when the shooting happened.

The gunman livestreamed the massacre on the internet, and Mr Ahmed later saw a video of his wife being shot. A police officer confirmed she died.

Despite the horror, Mr Ahmed – originally from Bangladesh – still considers New Zealand to be a great country.

“I believe that some people, purposely, they are trying to break down the harmony we have in New Zealand with the diversity,” he said.

The software engineer moved to New Zealand six years ago from the city of Hyderabad in India, where his parents still live, according to the Mumbai Mirror.

“We received the disturbing news,” Ahsan’s father, Mohammed Sayeeduddin told the newspaper on Saturday. Friends and family had been trying to reach Ahsan since the attack.

Ahsan was married and had a three-year-old daughter and infant son.

Elmadani and his wife emigrated from the United Arab Emirates in 1998.

The retired Christchurch engineer always told his children to be strong and patient, so that’s what they are trying to do after the tragedy, his daughter, Maha Elmadani, told Stuff.

“He considered New Zealand home and never thought something like this would happen here,” she said.

She said her mother “is staying as strong as possible. My younger brother isn’t doing too well with the news.”