Surrey Stabbing a ‘Terrorist Incident Inspired by the Far Right’, the Police Say 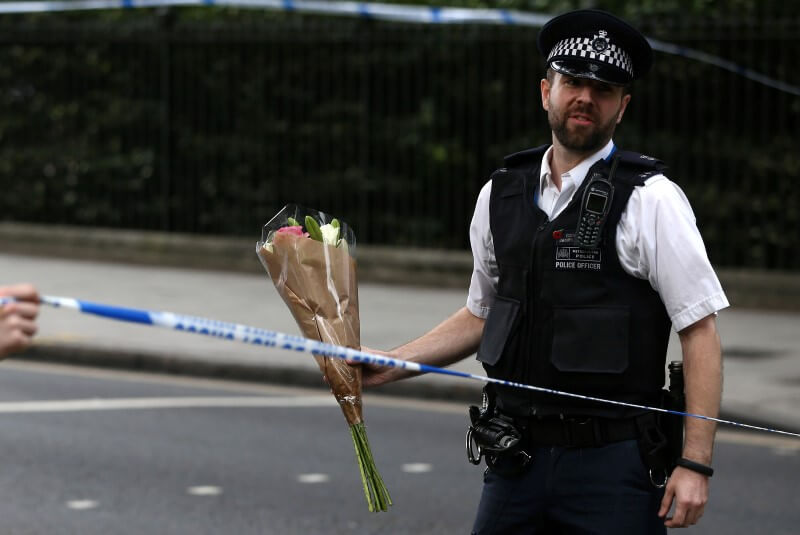 A stabbing in Surrey in which a man rampaged with a baseball bat and knife while hurling racist abuse is being treated as a terror attack.

Counter terrorism officers and Surrey Police are investigating the incident in a Tesco car park in Stanwell on Saturday night.

A 50-year-old man from the village, which is near Heathrow Airport, was arrested on suspicion of attempted murder and racially aggravated public order offences, Counter Terrorism Policing South East said.

Neighbours said they were “shocked” and “scared” by the incident.

Officers were called at around 10.30pm to reports of a man acting aggressively and shouting racist comments while carrying the weapons in Viola Avenue where vehicles had been damaged.

They then received another call reporting a man had been stabbed nearby.

Armed police attended and arrested a suspect who remains in custody.

A 19-year-old man, who went to a nearby McDonald’s to try to get help, was taken to hospital with non-life threatening injuries and continues to receive treatment, police said.

The extent of his injuries has not been confirmed.

Abhishek Agrawal, 40, and his wife Tanu, 36, who run catering company Indian Homemade based in the street, said they were shocked and scared by news of the attack.

Mr Agrawal said: “Last night I saw a helicopter so we knew something was happening. We could hear it flying above the area for a long time.

“We didn’t know what happened until today.

“We have lived here for nearly a decade and have never heard of anything like this happening.

“It’s very scary to hear this has happened, I work in central London and often come back late on the last bus.”

It is believed the suspect in both incidents is the same man and officers are not looking for anyone else in connection with the attack, police said.

said: “While this investigation is still in its infancy, it has hallmarks of a terror event, inspired by the far right, and therefore it has been declared a terrorism incident.

“This allows us to use all of the specialist capabilities available to establish the full circumstances of this attack.

“Police are committed to tackling all forms of toxic extremist ideology, which has the potential to threaten public safety and security.”

Officers will be out on patrol in the area and visiting places of worship and businesses, he said, and urged any witnesses or anyone who sees anything suspicious to report it to police.

Detective Superintendent Karen Mizzi, of Surrey Police, said it was a “shocking and worrying incident”.