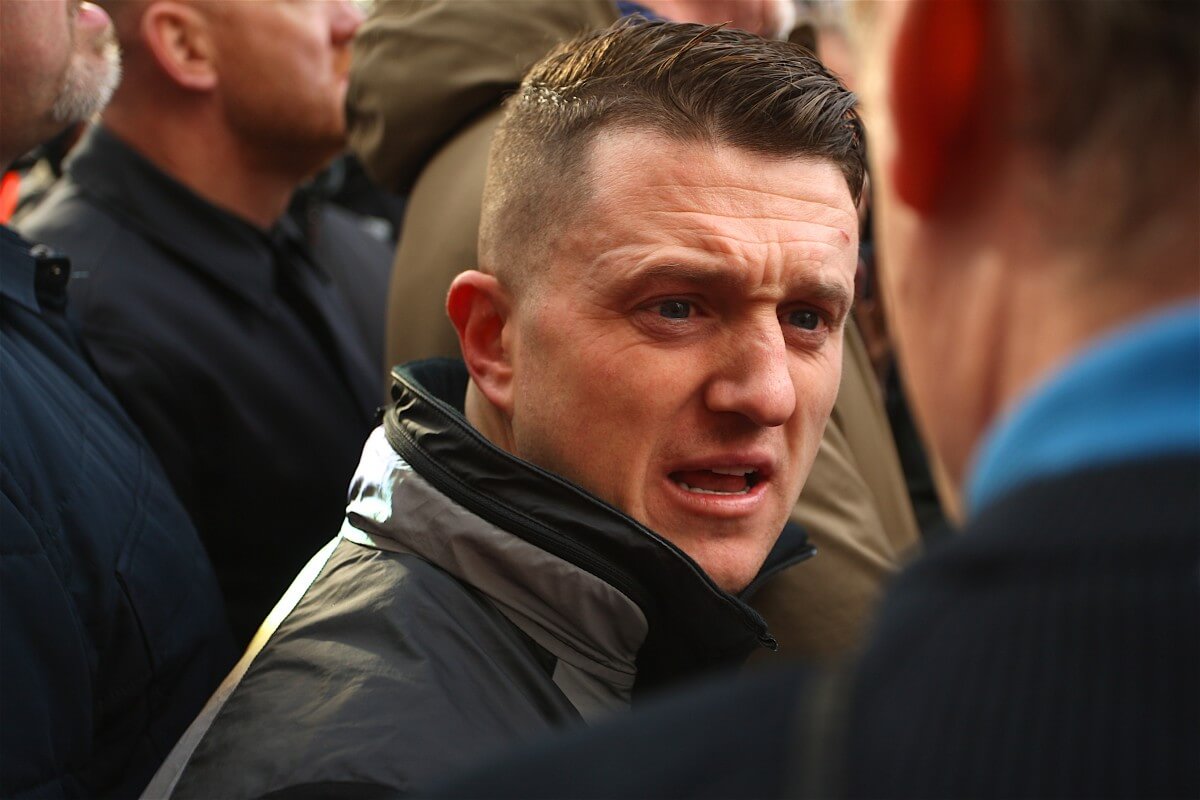 A Syrian teenager suing Tommy Robinson for libel is seeking at least £150,000 in damages, the High Court has heard at the conclusion of the trial.

The English Defence League founder, whose real name is Stephen Yaxley-Lennon, is being sued by Jamal Hijazi, 17, who was filmed being attacked at his Huddersfield school in October 2018.

Shortly after the video went viral in November 2018, Robinson claimed in two Facebook videos that Jamal was “not innocent and he violently attacks young English girls in his school”.

Robinson, who represented himself at the trial, has defended his comments on the basis they are substantially true.

In her written closing argument, Catrin Evans QC, representing Jamal, called for “substantial damages” between £150,000 and £190,000 for the teenager if he wins the claim.

At the end of the four-day trial on Monday, she told the court: “In relation to the allegations which the defendant has sought to prove as substantially true, we suggest that he has not proved either of them.”

Throughout the trial, Robinson, 38, maintained he was an independent journalist, telling the court: “The media simply had zero interest in the other side of this story, the uncomfortable truth.”

In his closing argument, he continued: “I am far from perfect, however this case is not about me, as much as the claimant’s representatives would like to make me, my history or my views a focus of their attention.

“My political beliefs are not on trial, it’s whether my reporting on publicly available information was a matter of truth or not.”

Charly Matthews, 18, a former student of Almondbury Community School with Jamal, gave evidence as part of Robinson’s case, claiming Jamal had hit her in the back with a hockey stick, leaving her with long-term injuries.

Addressing the court on Monday, Robinson said: “In order for the claimant to win this case, the court has to believe this young girl is a brazen liar.”

In the Facebook videos, with one seen about 870,000 times, Robinson also claimed that Jamal “beat a girl black and blue” in a gang, and bit a student, which the teenager denies.

The trial previously heard evidence from Bailey McLaren, the boy shown pushing Jamal to the ground and pouring water over him in the widely-shared video.

Mr McLaren denied being racist or a bully.

Robinson continued: “Almondbury Community School has its failings for sure, but racism and racist bullying was not one of them.”

He added: “Just because (Jamal) might have been a victim does not automatically mean he himself couldn’t be a nasty, foul-mouthed and often violent young person, particularly against girls and smaller, younger boys.”

In her own closing statement, Ms Evans argued that Robinson suggested “that this is somehow a travesty of justice and that a white schoolboy has been scapegoated”.

Ms Evans pointed out there was a lack of evidence for Robinson’s claims, and that Jamal had himself given “clear and consistent” evidence.

The barrister continued: “We do rely on the defendant’s agenda, which we say is an anti-Muslim one, which is why he waded into this … Jamal was the victim of that.”

She told the court: “Not only has the defendant sought to try and prove a case that he was never going to be able to do, but he has even, in his closing submissions, he has continued to exacerbate the hurt and distress the claimant has experienced.”

The barrister also argued that the allegations against Jamal were aggravated by the fact that they were made “against someone who had come to this country with his family for sanctuary, seeking a better life and in particular the chance for an education and prospects for a good career”, which he said in evidence was “badly damaged” by Robinson’s publication.

Mr Justice Nicklin told the court he will give his judgment at a later date.

Addressing Robinson, he added: “I commend you in the way that you have presented the case as a litigant in person.

“You have done so in a way that has been, to my mind, quite proper and you have done your best to assist the court.”