Teacher in Rotherham Under Police Investigation for Alleged Anti-Muslim Bigotry 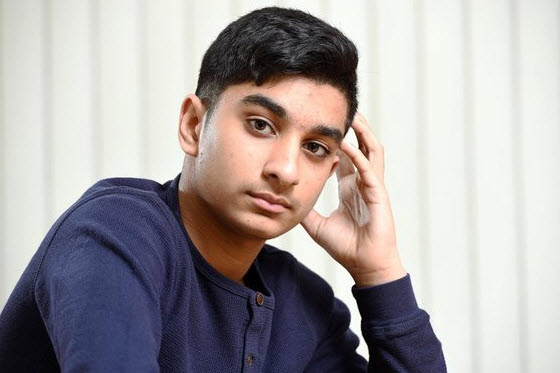 A TEACHER at a school in Rotherham is under police investigation after it was reported that he called a 14-year-old boy a “terrorist” in a lesson three days after the Paris attacks.

The parents of Aman Ghani filed a complaint to Clifton Community School after their son returned home “tearful and distraught”.

They claim he was sent out of the class after being told “stop talking, you terrorist”. The boy’s classmates allege the teacher then said that “Asian parents don’t know how to bring up their children”.

The grievance is one of 164 claims of Islamophobic abuse reported in the fortnight following the terrorist atrocities in France on November 13 to TellMAMA, an organisation that records anti-Muslim hate crimes. The group says it has seen a marked increase in cases since the Paris attacks.

Nazlie Shan, the pupil’s mother, said she had contacted the group for advice after the school allegedly failed initially to take action. “The teacher called my son a terrorist in front of the whole class,” she claimed. “Later when he asked, ‘Sir, why did you call me that?’ the teacher lost it. He asked Aman, ‘Is it because my God treats you better than me?’ implying Muslims think they are superior.”

Shan, a driving instructor, said her son had seen news reports of the Paris terror attacks and believed that they had prompted the alleged comments.

“It’s disgusting. I feel as if we are being victimised because of a small minority who have nothing to do with us. It’s a hate crime against our religion,” she claimed.

“My son keeps asking me why his teacher would call him that and I don’t know what to say. If there is a teacher promoting this kind of hatred, then what chance is there for the children?”

The school initially asked Rotherham council to investigate but now South Yorkshire police have confirmed they are investigating reports of a racially aggravated incident.

Karen Borthwick, Rotherham council’s director for schools and lifelong learning, confirmed that a complaint had been received.

“We are working with the school to investigate the matter,” she said.

“It would be inappropriate to comment ahead of the outcome.”

The complaint is one of 22 reports of Islamophobic abuse against children received by Tell MAMA since January, with the youngest victim aged four.