REVEALED: 1 Year-On After the Christchurch Terror attacks, Tell MAMA Reveals a 692% Increase in Anti-Muslim Hatred that Spiked in the UK After the Attacks 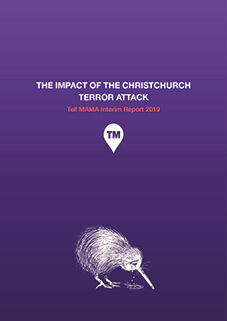 51 people worshipping at 2 mosques in New Zealand were murdered by a far-right inspired extremist – Brenton Tarrant. The anti-Muslim terrorist attack took place on the 15th of March 2019 – exactly a year ago.

“I am appalled that reported incidents of hatred aimed at Muslims in Britain have increased. All hate crime is completely unacceptable and I am determined to tackle this problem at its root.

“This Government has put millions into protecting all places of worship and we will continue to fund projects that help to challenge prejudice and discrimination.

“As we mark the anniversary of the terrible tragedy in Christchurch, let me be clear that there is no place for anti-Muslim hatred in Britain.  As Communities Secretary, I will do everything in my power to stamp out hatred in all its forms, wherever it appears.”