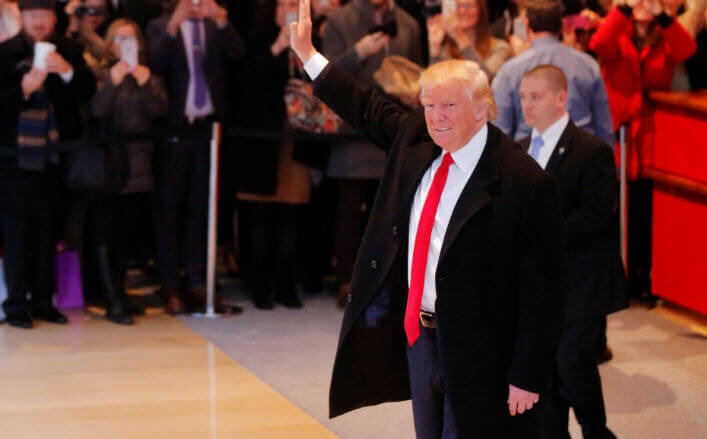 Hateful letters sent anonymously to three mosques in California with a warning that President-elect Donald Trump would “cleanse” the United States of Muslims have stirred fears among congregants, a community leader said on Saturday.

Hussam Ayloush, executive director of the Los Angeles chapter of the Council on American-Islamic Relations, said the letters were identical and were postmarked as being sent from Santa Clarita just north of Los Angeles.

Ayloush said his group is considering asking the Federal Bureau of Investigation to look into the letters, which he believes were sent to other mosques aside from the three that received them earlier this week.

Civil rights groups have signalled alarm over attacks targeting minorities, including Muslims, since Republican Trump won the presidential election on Nov. 8. There have also been reports of harassment toward Trump supporters.

The letters were sent earlier this week to the Islamic centres of Long Beach and Claremont in Southern California and to Evergreen Islamic Center in the Northern California city of San Jose, Ayloush said.

They are signed anonymously as “Americans for a Better Way” and say that Trump would “cleanse America and make it shine again” and would carry out a genocide against Muslims.

“You Muslims would be wise to pack your bags and get out of Dodge,” the letter said.

Ayloush said he has counselled the three mosques to work with their local police departments to have the letters investigated as hate crimes.

The San Jose Police Department in a statement said that, following a report about the letter, it sent officers to Evergreen Islamic Center on Thursday and that a unit that handles hate crime investigations will conduct the probe.

Trump’s name has been mentioned in some hateful graffiti markings that surfaced since his election.

A representative of Trump’s transition team could not be reached immediately for comment.

Last year, as a candidate in the Republican presidential primary, Trump called for a temporary ban on Muslims entering the United States. Trump this year pledged to suspend immigration from countries where Islamist militants are active but did not say he still wanted to ban all Muslims.

Following his election, Trump, who takes office on Jan. 20, promised to be a president for all Americans.

CAIR has tallied more than 100 incidents targeting Muslims in the United States since Trump was elected.