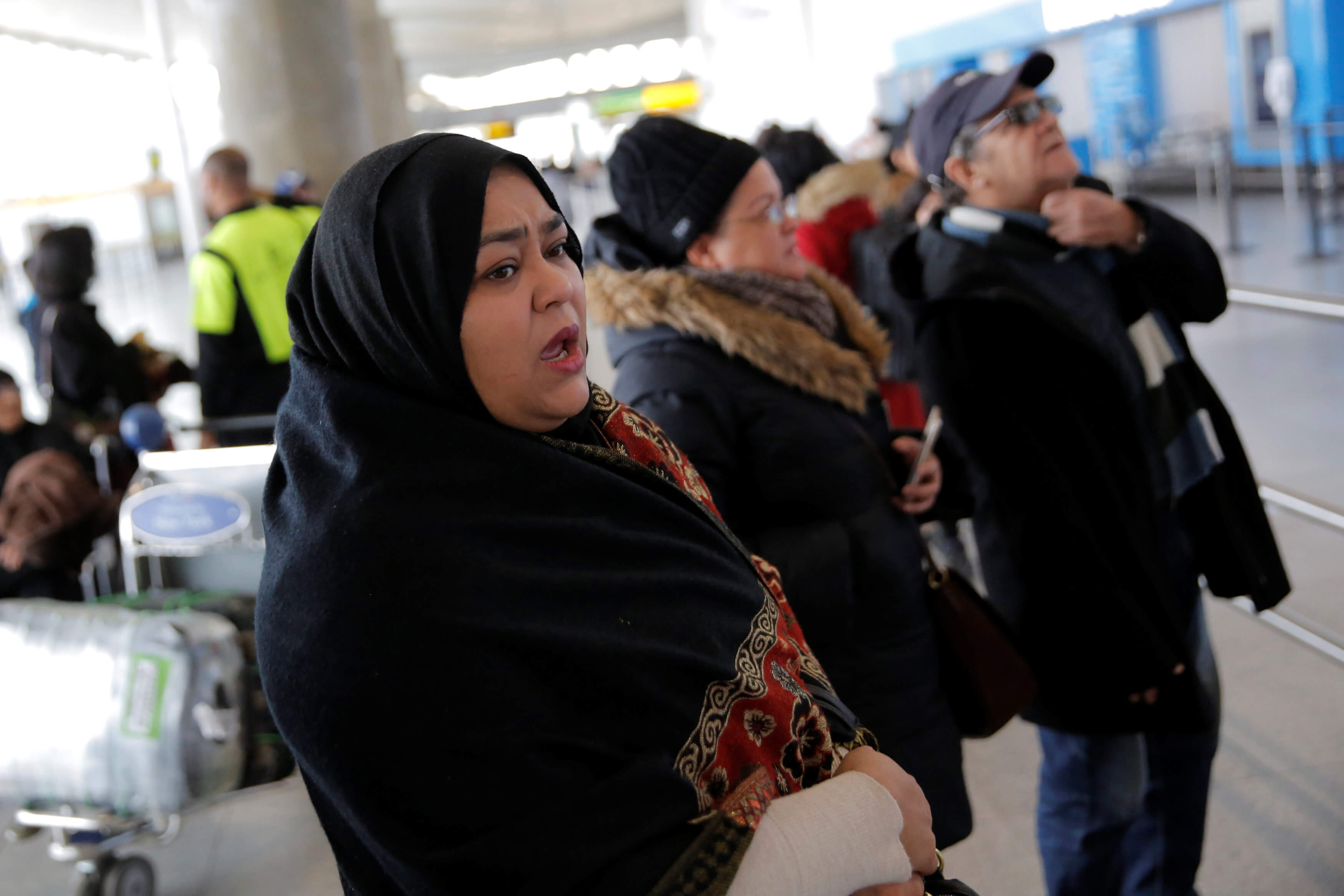 President Donald Trump’s sweeping ban on people seeking refuge in the United States and visitors from seven Muslim-majority countries caused confusion and panic among travellers on Saturday, with some turned back from U.S.-bound flights.

The new Republican president on Friday put a four-month hold on allowing refugees into the United States and temporarily barred travellers from Syria and six other Muslim-majority countries. He said the moves would protect Americans from terrorism, in a swift and stern delivery on a campaign promise.

The action prompted fury from Arab travellers in the Middle East and North Africa who said it was humiliating and discriminatory. It drew widespread criticism from U.S. Western allies including France and Germany, Arab-American groups and human rights organizations.

Iran condemned the order as an “open affront against the Muslim world and the Iranian nation” and vowed to retaliate.     Of the seven countries targeted, Iran sends the most visitors to the United States each year – around 35,000 in 2015, according to the Department of Homeland Security.

The ban extends to green card holders who are authorized to live and work in the United States, according to Gillian Christensen, a Homeland Security spokeswoman.

It was unclear how many green card holders would be affected, but exceptions can be made on a case-by-case basis.

Legal residents of the United States were plunged into despair at the prospect of being unable to return to the United States or being separated from family members trapped abroad. Immigration lawyers worked through the night to help stranded travellers and enforcement at entry points was uneven.

“I never thought something like this would happen in America,” said Mohammad Hossein Ziya, 33, who came to the United States in 2011 after being forced to leave Iran for his political activities.

Ziya, who lives in Virginia, has a green card and planned to travel to Dubai next week to see his elderly father. “I can’t go back to Iran, and it’s possible I won’t be able to return here, a place that is like my second country,” he said.

Saleh Taghvaeian, 36, teaches agricultural water management at Oklahoma State University in Stillwater, said he feared his wife will not be able to return from Iran after a visit.

“In Iran they’re not being allowed to get on the airplane,” he said.

In Cairo, five Iraqi passengers and one Yemeni were barred from boarding an EgyptAir flight to New York on Saturday, sources at Cairo airport said. Dutch airline KLM said on Saturday it had refused carriage to the United States to seven passengers from predominately Muslim countries.

At least three lawyers from the International Refugee Assistance Project were at the arrivals lounge at New York City’s John F. Kennedy International Airport’s Terminal 4, buried in their laptops and conference calls, photocopies of individuals’ U.S. visas on hand.

“Just because Trump signed something at 6 p.m. yesterday, things are coming to a crashing halt,” said Mana Yegani, an immigration lawyer in Houston. “It’s scary.”

She and fellow lawyers worked all night fielding calls from travellers with student and worker visas who were being denied entry into the United States and ordered on flights back to the Muslim-majority countries.

Enforcement of the order was spotty and disorganized.

Travelers were handled differently at different points of entry and immigration lawyers were advising clients to change their destination to the more lenient airports, said Yegani, who works with the American Immigration Lawyers Association.

The order seeks to prioritize refugees fleeing religious persecution. In a television interview, Trump said the measure was aimed at helping Christians in Syria.

Some legal experts said that carve-out showed the order was unconstitutional, as it would violate the U.S. right to freedom of religion. But others said the president and U.S. Congress have latitude to choose who receives asylum.

Lawyers from numerous immigration organizations and the American Civil Liberties Union sued in federal court in Brooklyn on behalf of two Iraqi men, one a former U.S. government worker and the other the husband of a former U.S. security contractor.

The two men had visas to enter the United States but were detained on Friday night at Kennedy airport, hours after Trump’s executive order, the lawsuit said.

Green card holders were also being stopped and questioned for several hours. Officials also denied travellers with dual Canadian and Iranian citizenship from boarding planes in Canada that were headed to the United States, Yegani said.

“These are people that are coming in legally. They have jobs here and they have vehicles here,” Yegani said.

Those with visas from Muslim-majority countries have gone through background checks with U.S. authorities, Yegani noted.

“@POTUS is a man of action and impact. Promises made, promises kept. Shock to the system. And he’s just getting started,” she tweeted.