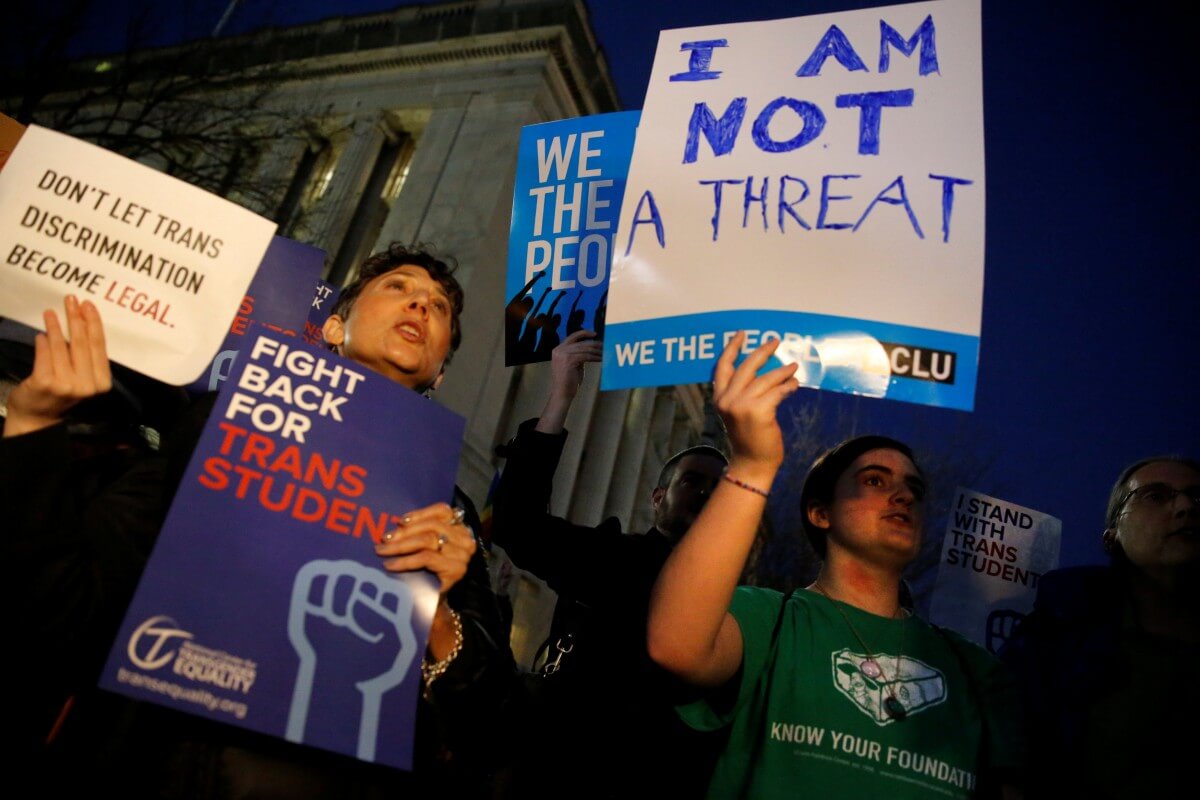 Obama instructed public schools in May 2016 to allow transgender students to use the bathrooms matching their chosen gender identity, threatening to withhold federal funding if they should force transgender children to use bathrooms against their will.

The Trump administration action withdrew that guidance while the Justice and Education departments continue to study the legal issues involved.

Reversing the Obama guidelines stands to inflame passions in the latest conflict in America between believers in traditional values and social progressives, and is likely to prompt more of the street protests that followed Trump’s Nov. 8 election.

A couple hundred people gathered in front of the White House to protest the Trump action, waving rainbow flags and chanting: “No hate, no fear, trans students are welcome here.” The rainbow flag is the symbol of lesbian, gay, bisexual and transgender people. 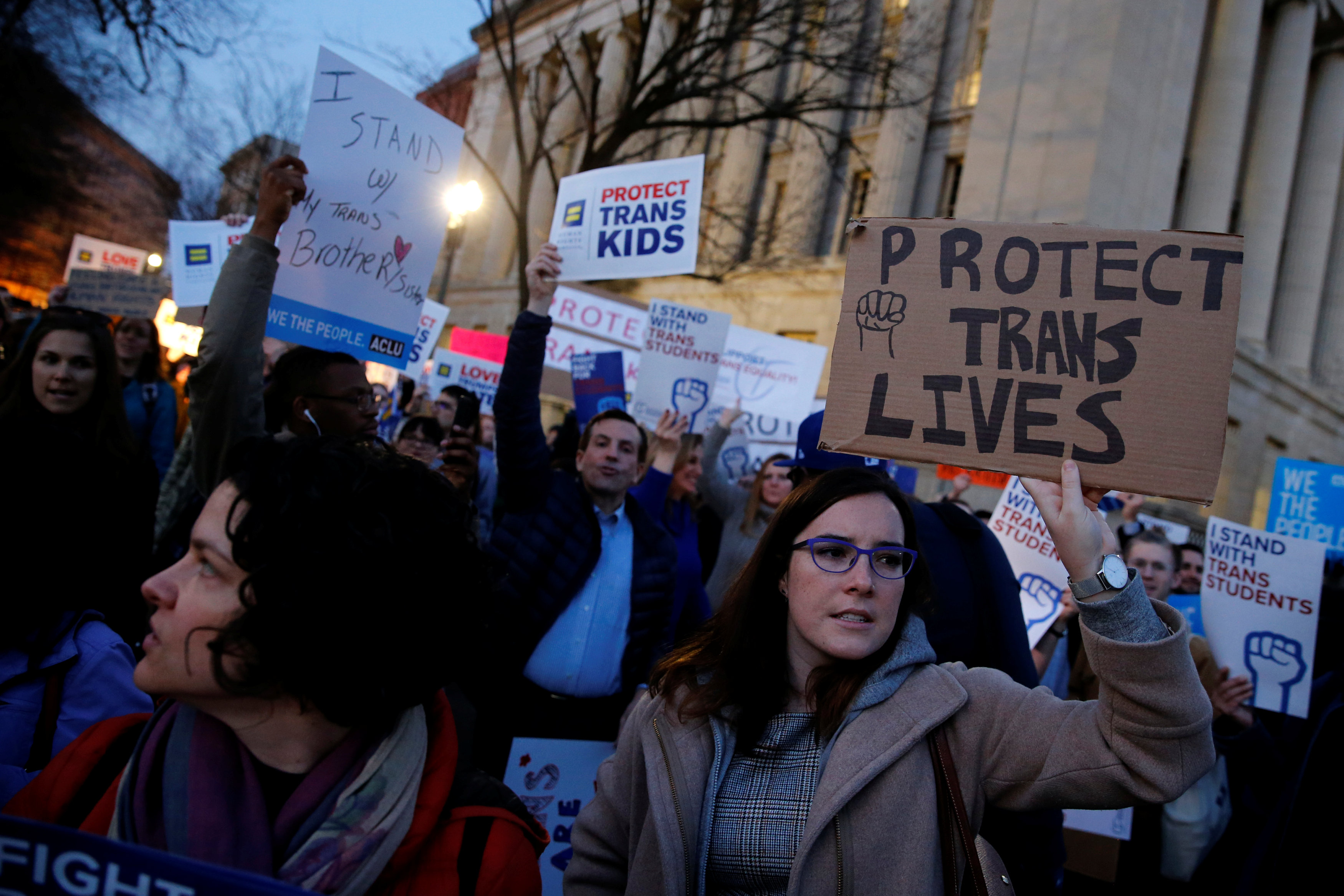