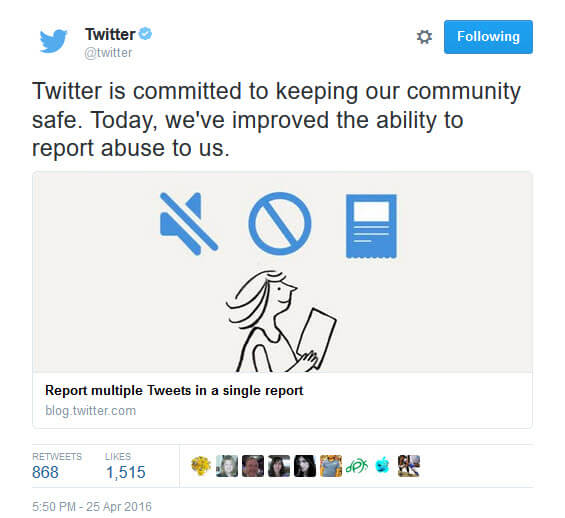 Much has been said about social media platforms though we have seen some significant and positive changes in Twitter and Facebook over the last year.

We have seen a real desire to reach out and to listen to organisations working with communities and in areas such as tackling hate incidents and crimes. Both organisations are making changes and supporting counter-speech and this is to be welcomed. Interestingly, changes are taking place on these platforms much more regularly and which take into account feedback by users.

For example, today, we have learnt that Twitter provides this much needed reporting in facility. The facility allows users to report in multiple tweets, thereby providing greater context on the information and actions of perpetrators of abuse. The greater the context, the more information that can be acted on.

Tell MAMA has been working with Twitter in trying to ensure that the context of hateful and abusive messages are taken into account. We are one of a handful of organisations who have made this case and we are very grateful that Twitter has listened and responded. We are starting to see a strong desire from Facebook and Twitter to make relevant and useful changes to tackle abuse and these steps are warmly welcomed. They will help victims of abuse.