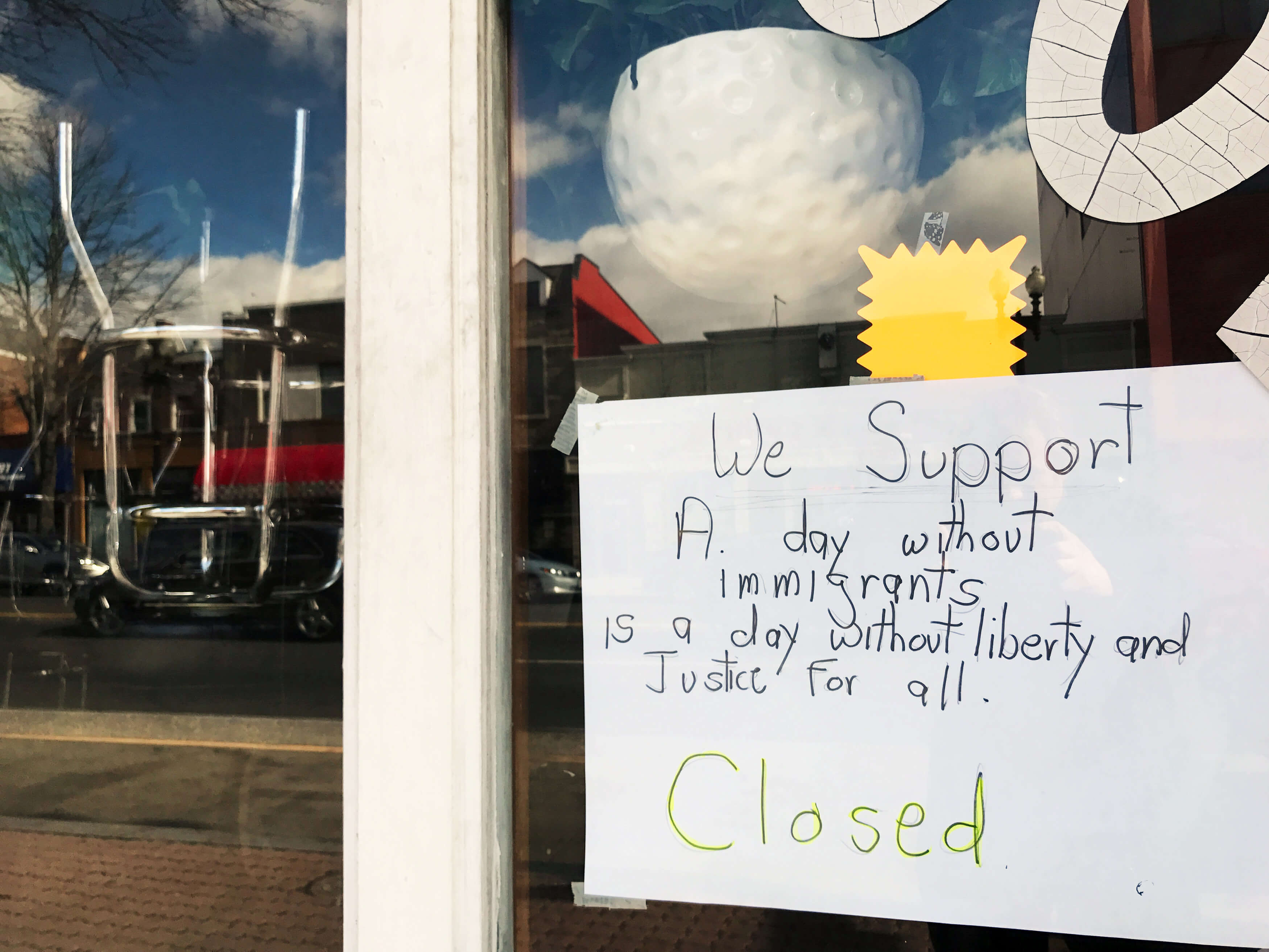 More than 100 restaurants and dozens of other businesses in cities around the United States shut their doors on Thursday to show support for “A Day Without Immigrants,” a walkout aimed at protesting President Donald Trump’s policies.

Activists called on immigrants to stay home from work, avoid shopping and eating out and skip classes in an effort to highlight the vital role they play in American society.

The protest was prompted by Trump’s vows to crack down on illegal immigration and his executive order, which was put on hold by federal courts, that temporarily banned travel to the United States from seven Muslim-majority countries. Immigrant rights’ groups expressed alarm after federal raids last week in which more than 680 people illegally in the country were arrested.

The nature of the action made it difficult to ascertain how many immigrants were participating or to measure the economic impact, though local news media in cities like Minneapolis and Austin, Texas, reported that dozens of businesses were shuttered.

Approximately 700 people showed up  at a rally in downtown Raleigh, North Carolina.

“We add to the economy and society,” said Kia Allah, 32, a teacher who is Muslim and described herself as half Puerto Rican and half black. “Sometimes people don’t listen until it hits their pockets.

Numerous restaurants, which often depend heavily on immigrant staff, closed for the day in Washington, New York, Chicago and other cities. The media site Uproxx kept a running tally of closed restaurants based on social media and local reports that exceeded 135 by midday.

Celebrity chefs such as Jose Andres in Washington and Rick Bayless in Chicago closed restaurants in solidarity with protesters. A number of restaurants that remained open said they would donate part of their profits to pro-immigrant groups.

“People that never missed one day of work are telling you they don’t want to work on Thursday,” the Spanish-born Andres said on Wednesday. “They want to say, ‘Here we are,’ by not showing up. The least I could do was to say, ‘OK, we stand by you.'”

At the Pentagon, about half a dozen food outlets were forced to close after staff members joined the protest, including a Starbucks, a Taco Bell and a Burger King, according to a Defense Department spokesman.

The protest was the latest in a series of collective actions since Trump took office from women’s groups, immigrant groups and other activists.