UKIP leader Henry Bolton once claimed to have ‘fought Islam’ 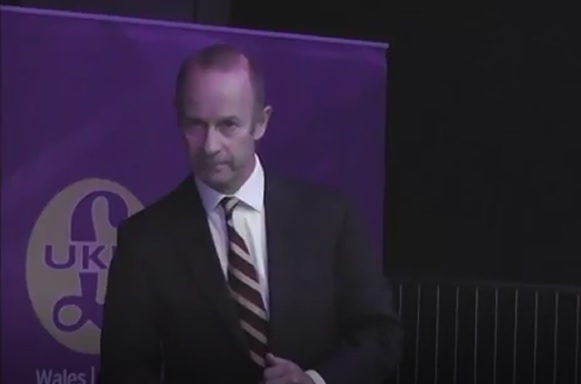 UKIP has elected its fourth leader in just over a year, following the confirmation of Henry Bolton’s victory in a tightly fought seven-way race, during UKIP’s annual party conference in Torquay.

During the election campaign, Mr. Bolton, a former soldier, and police officer uploaded a video titled ‘Islam and British Identity’ to his official social media channels on September 10.

Bolton claims to have ‘fought Islam,’ adding ‘I have been blown off my feet by an Islamic suicide bomber’ in the 2-minute long clip.

He served as an infantry officer and tank crew member in Germany, Belize, Cyprus, and Bosnia.

He then warned that foreign funding risked ‘replacing’ moderate Islam in Europe with a more hardline interpretation that has the ‘propensity’ towards violent extremism.

On the topic of ‘lost’ British identity in the clip, he then referenced to schools that are almost ‘100 per cent’ Islamic, and Islamic faith schools, adding that he’s with Anne Marie [Waters] on this issue.

A week ago, on September 22, Bolton replied to a tweet from the user @2tweetaboutit, concerning the purchase of Golders Green Hippodrome, stating: “As Distrct Governor in Kosovo I stopped a mosque being built in an Orthodox Christian area. It’s aim was to provoke, intimidate & dominate”.

As Distrct Governor in Kosovo I stopped a mosque being built in an Orthodox Christian area. It's aim was to provoke, intimidate & dominate.

The @2tweetaboutit account tweeted: “If the powers that b do not remove Islam from the UK now, We will become an Islamic country,” on May 26, 2017.

In a lengthy blog post on September 19, Mr Bolton made several recommendations about dealing with ‘Islam-inspired terrorist attacks,’ on the UKIP Daily website.

Various recommendations include the ‘curtailing’ of immigration from Muslim communities, the banning of foreign, Islamic textbooks in British schools, adding that Sharia Courts are incompatible with human rights, and therefore have no place in British society, along with the criminalisation of so-called ‘Sharia Police’. He may have been alluding to the infamous ‘Sharia Patrols’ which did, in fact, result in several criminal convictions.

He called on all British imams preaching in mosques to be British citizens, to have received no external funding, and to have been trained in the UK. He made a similar argument during a segment on RT UK in August, adding that ‘We are not at war with Islam,’ but that a conflict had arisen from those who ‘seek to undermine our way of life, our state institutions, and our culture’.

He tweeted the blog on September 20, having days earlier tweeted an article from Breitbart.

After eight years in the army, he switched to Thames Valley Police, where he picked up an award for outstanding bravery.

He received an OBE in 2013, for services to international security and stabilisation, before his political career took off as a failed Liberal Democrat candidate in 2005.

Mr Bolton was the UKIP candidate for the role of Kent Police and Crime Commissioner, finishing in second place in 2016.

He hopes to bring respectability back to UKIP and unite the party after his predecessor, Paul Nuttall, saw UKIP’s vote share sink to 1.8 per cent at the general election, down from 12.6 per cent in 2015.