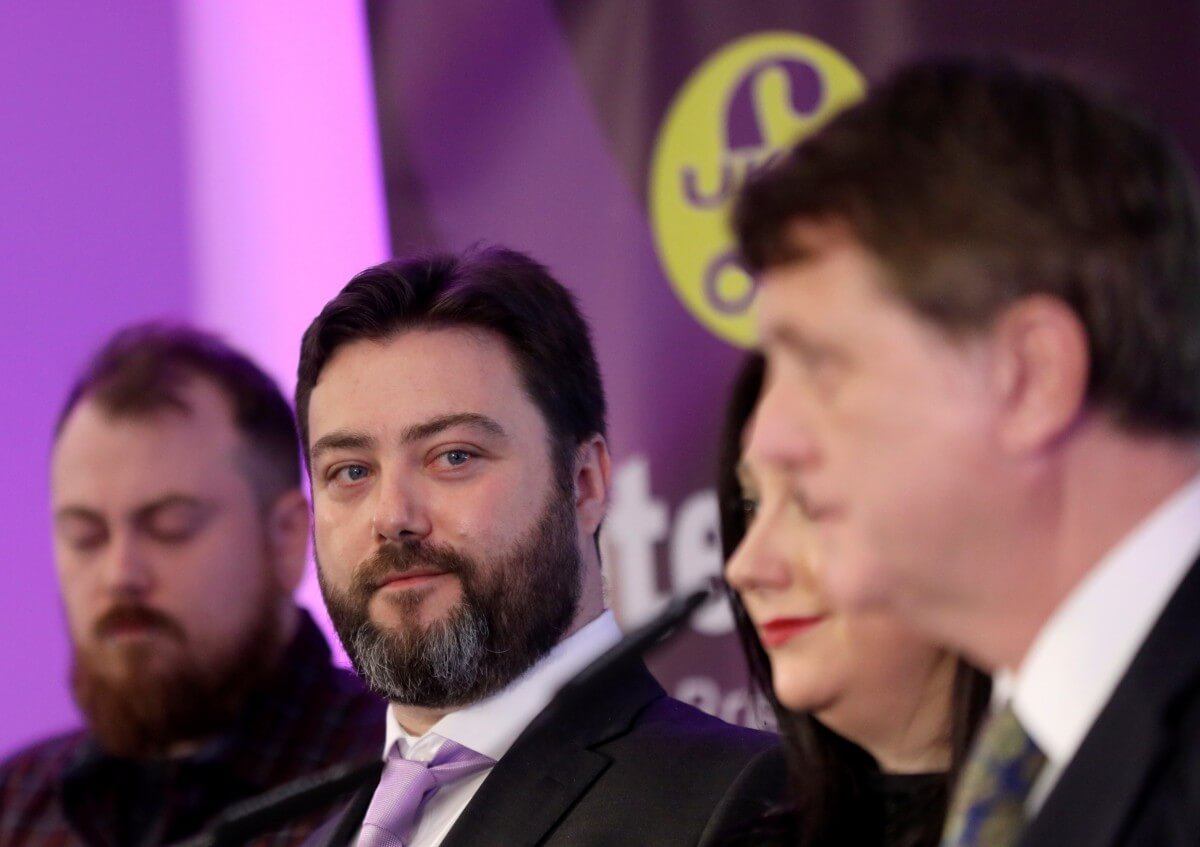 A YouTube star-turned-Ukip candidate who said he “wouldn’t even rape” a female Labour MP has refused to apologise and insisted he was just treating women the same as men.

Carl Benjamin – known to online fans as Sargon of Akkad – said he would not “apologise for my crimes against political correctness”.

Ukip leader Gerard Batten appeared alongside Mr Benjamin as the launch of the party’s European election campaign descended into chaos as journalists attempted to question the would-be MEP.

In combative exchanges, Mr Benjamin – who is standing for election in the South West region – told journalists: “I’m not answering your questions, I’m not apologising for anything, you dirty, dirty smear merchants.”

In response to Labour MP Jess Phillips in 2016, he posted the comment “I wouldn’t even rape you, @jessphillips. #AntiRapeThreats #FeminismIsCancer” on Twitter.

Reporters were repeatedly shouted down by activists as they attempted to question Mr Benjamin and Mr Batten.

Challenged about the comment, Mr Benjamin said: “I think we should treat women the same as men.

“That means if a woman is being a giant bitch and laughing at male suicide, I’m going to be a giant dick back to her.”

Birmingham Yardley MP Ms Phillips responded on Twitter: “Carl Benjamin will forever have whatever career he has defined by me, he will hear my name wherever he goes.

“His whole political life defined by little feminist Jess, that my friends is comedy.”

Mr Batten, who was joined on stage by both Mr Benjamin and another controversial candidate – Scottish comedian Mark Meechan, known as Count Dankula, who was fined £800 in 2018 for filming a pet dog giving Nazi salutes – defended his decisions.

Mr Meechan said: “I want to protect people from having their rights infringed upon in regards to freedom of speech and freedom of expression by draconian and authoritarian laws.”

He added: “If they make jokes as part of their act, I’m not condoning any jokes or any ill-considered remarks, but this is what they are.”

Mr Batten insisted “the vast mass of people out there couldn’t care less”. He dismissed calls from local activists for Mr Benjamin to be deselected.

“There are people in Ukip who want to deselect me, it’s called politics,” he said.

“That’s the nature of the business.”