Unmasked for the Thugs That They Are – The #EDL Fascists 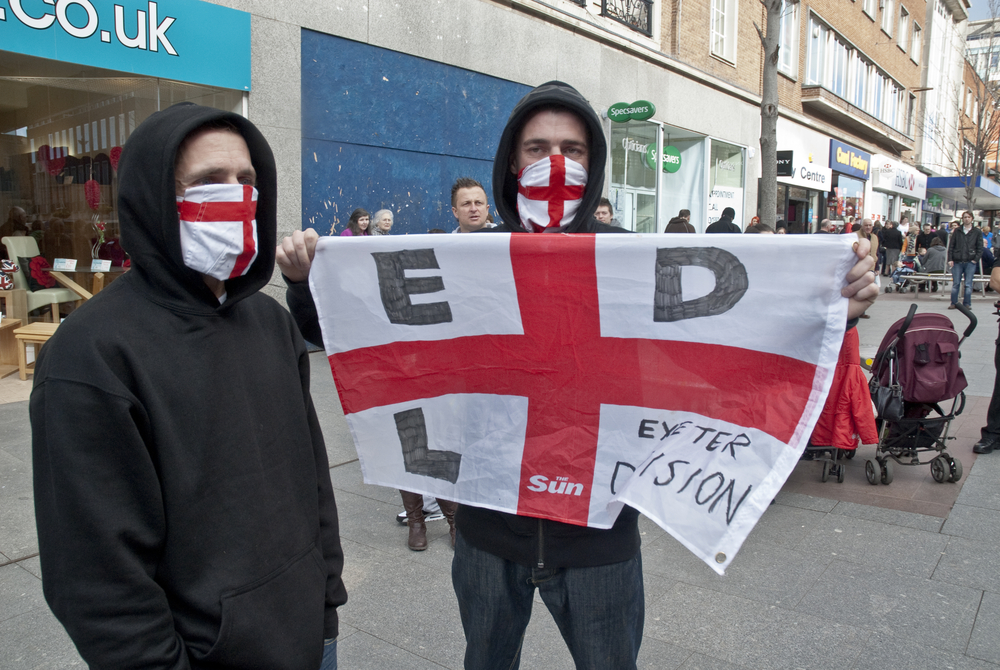 People have been discussing whether the English Defence League are really a threat to the security of the United Kingdom, whilst others have taken the position that they are not so bad as ”those Jihadis across the ocean’. Senior commentators have also suggested that the English Defence League are nothing of significance in relation to threat assessments and levels in this country regarding terrorism and extremism.

These apologists for extreme fascists groups have based their assumptions on nothing else but the fact that the English Defence League and such groups are largely non-violent, an untruth that in some way, justifies their flippancy and tacit acceptance of such extreme groups.

It is in this context that the following tweet shows that the English Defence League, are nothing more than malicious anti-Muslim haters and bigots. Masquerading as ‘counter-Jihadists’ these bigoted haters stated the following on the back of the horrific accident in the holy city of Mecca.

These cheerleaders for the death of Muslims stated:

“This will cheer you up,” as they link to the story of the collapsed crane in the holy City of Mecca that has killed over 100 pilgrims who were on the annual pilgrimage to Mecca on the Haj. Furthermore, to add insult to injury, the following comment was placed on the EDL extremist web-site by a Dan Dickens. This is his heartless and bigoted comment against Muslims:

“Awkward moment when a crane does more for Britain than our prime Minister.”

This comment elicited over 375 ‘Facebook Likes’ on-line and we will be writing to his employer on whether his employer is satisfied about the bigotry of hate of Dan Dickens? Only time will tell.