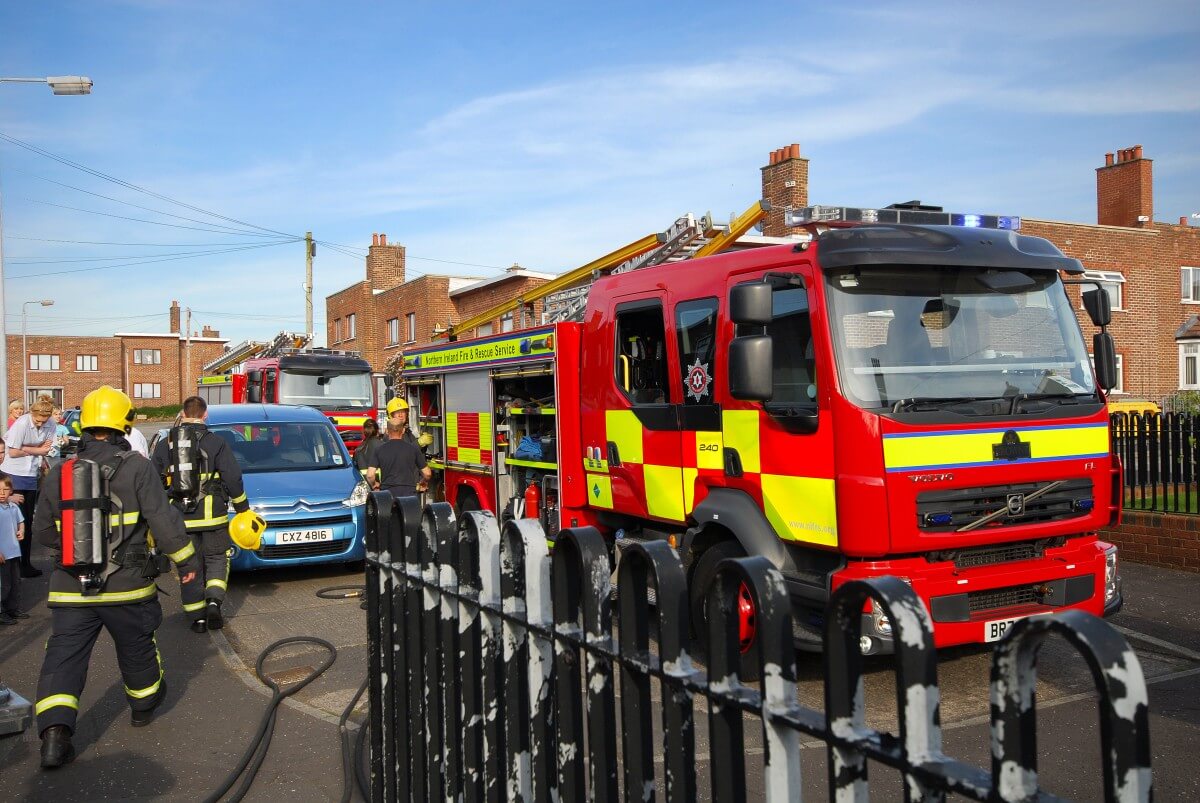 Volunteers at a food bank targeted in a racist arson attack have said they were overwhelmed after being handed a cheque for more than £70,000 raised in a crowdfunding appeal.

The Belfast Multicultural Association centre in Belfast was badly damaged in last month’s blaze, with large sections of the roof of the historic listed building destroyed.

Police are treating the attack on the property in Donegall Pass in the south of the city as a hate crime.

In the wake of the fire, an online funding page was set up to help the association continue its work distributing food and clothes packages to vulnerable people during the Covid-19 pandemic.

Its initial £10,000 target was smashed within hours as donations flooded in from across Belfast, Northern Ireland and beyond.

A series of subsequent goals were also surpassed, with the total having reached almost £72,000 four weeks on from the fire.

Volunteers gathered outside the charred wreckage of their centre on Friday as the man who set up the JustGiving page – Amnesty International’s Northern Ireland director Patrick Corrigan – handed over a big cheque.

Association trustee Muhammad Atif said the fire had left everyone associated with the centre “heartbroken”.

But he said the resultant “outpouring of love” had reassured them that the city was behind them.

“We know the people are with us. We know the communities are with us. There are only a handful of people who probably didn’t want us here. But I hope they will see the positive side of the whole charity and food bank and all the other services we have to offer.”

Volunteers have been continuing with charity work from home since the attack.

Mr Atif said they were determined to rebuild and move back into the centre.

“We are determined to come back stronger than ever to help the communities with whom we work,” he said.

“It will take us at least a year, probably more than a year. It’s a big building, a listed building and we want to do justice with the building, with this great and beautiful building.”

Mr Corrigan said the response showed that the people of Belfast would not tolerate racism.

“In response to the awful arson attack on the multicultural centre, I think that the people of Belfast and far beyond have just responded magnificently with huge, huge generosity really to get the centre back on its feet and back to their charity work running food banks and clothes banks for people who really need it in the city,” he said.

“I think it’s a sign that people won’t stand for racism, because that seems to be at the heart of this arson attack, and that people want to take a stand against that.

“And I think as well they want the authorities to hold to account those who are responsible for these attacks.”

No-one has been charged with the arson.

Mr Corrigan said racially motivated hate crimes reported to the PSNI in Northern Ireland had outstripped those with a sectarian motivation since 2016.

He said there had been more than 6,500 race hate crimes reported in the last decade.

Mr Corrigan expressed concern that only 6% of racially motivated cases of criminal damage resulted in any sort of policing outcome, such as charges or summons.