Want to see what Twitter Does Not Remove After Being Informed to? 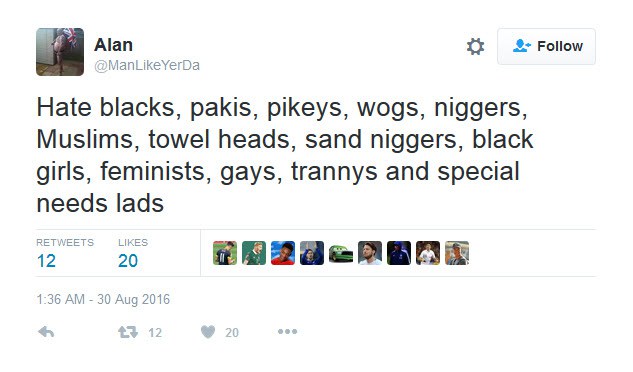 This is now the third day that Twitter has not acted on this account which is a clear example of the problems that beset the social media platform. Members of the public have raised objections to this account and we have also reported this account in and written to Twitter specifically on this. As of the time of this publication, this account is still up and running.

Isn’t it time that Twitter take action on such accounts? We think that the platform is simply letting down users when such racism, hatred and poison is allowed to fester.