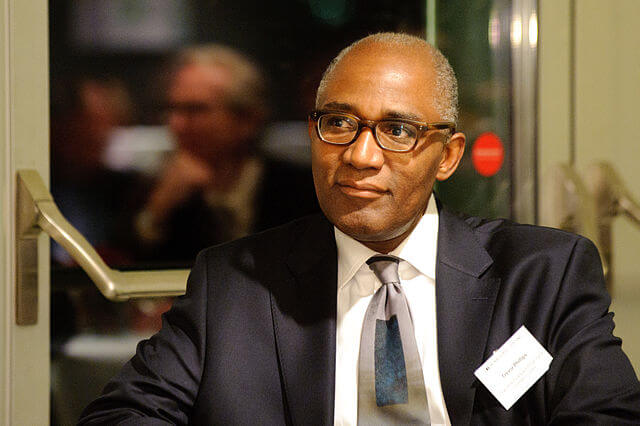 Channel 4 commissioned ICM to poll Muslims in Britain on a range of issues from women’s rights to marriage equality.

But did the poll titled “What do British Muslims really think?” answer its own question? Polling British Muslims is a difficult and expensive task. It’s why YouGov avoided the Sun’s now infamous ‘1 in 5 Muslims’ poll.

ICM’s researchers picked 138 random Local Super Output Areas where Muslims make up at least 20 per cent of the population. This skewed the findings to areas with relative social deprivation. It also over-represented certain ethnic groups. Yet it still captured 51 per cent of the total Muslim population.

The poll included just 11 Arabs and 16 white Muslims who account for 6.6 per cent and 7.8 per cent of Muslims in England and Wales.

Despite methodological issues it remains a serious poll.

As with previous surveys – Muslims identify with Britain at a higher rate than the national average. They also expressed greater attachment to their local areas. A vast majority believe that Britain was a good place for Muslims to live in, and 78 per cent said they would like to integrate into British life on certain topics.

Nearly a quarter supported the idea of sharia law operating in parts of Britain above British law. Yet what defines sharia law remains ambigious and open to interpretation. But as Dr Imam Mamadou Bocoum notes: ‘Shariah means a road that leads into Spring Water, which is nothing but to live in peace and harmony. Amongst the principles of the Shariah is to preserve and protect life, intellect, property, honour, lineage, and religion‘.

There was little support among the Muslims polled to establish a caliphate. Support for ISIS polled at just 3 per cent. Few blamed the police or government for girls travelling to Syria.

More than a third of Muslims polled would report individuals who they suspected of seeking to participate in terrorism abroad to police. A figure that stands above the control sample of 30 per cent. Nearly half would attempt to dissuade the individual.

On the subject of extremism, 47 per cent agreed that Muslims need to do more to tackle extremism. The data reveals that a vast majority of Muslims look to the government to tackle Islamophobia and fund special projects to help communities root out the causes of violent extremism.

Islamophobia is a concern in this context, even when 73 per cent thought that religious harassment was not a problem in their local area. Individuals may of course experience less discrimination within their own ethnic and faith communities. Or in a public setting disclose their experiences to strangers. Research also points to the fact that hate crimes increase in areas of deprivation.

The wider public had also expressed a wider concern for Islamophobia than the Muslims polled. Nor do we know what language the interviews were conducted in. So it’s possible that individuals may not understand a question that pertains to religious prejudice.

There was also an overwhelming desire to empower young Muslims and women in the decisions that affect them. And many felt that better leadership in Muslim communities would help address the causes of violent extremism. Just one in 10 sought information on current affairs from mullahs at mosques. And a fifth never attend their local mosques. But 72 per cent felt that their local mosque did represent their views.

The most popular choice for television news was BBC 1, and a vast majority got their news from social media accounts. Yet again, the BBC remained the most popular source for news online.

Discussions of attitudes towards homosexuality dictated a majority of media coverage. The poll found that 52 per cent dsaid they disagreed with homosexuality being legal in Britain, compared with 5 per cent among the public at large who disagreed.

For British-born Muslims, 27 per cent agreed that homosexuality should be legal. Almost a third said neither/nor and 38 per cent disagreed. But that figure requires a caveat since the total figure in the weighted and unweighted sample is below 500 people. Muslims born outside of Britain were more likely to disagree that homosexuality should be legal (a net disagreement of 68 per cent in a sample of 601 or 609 when factored against weighted and unweighted bases).

On the topic of gay marriage and allowing a homosexual person to teach, the data reveals slight differences between Muslims born in the UK and abroad. But the above caveat still applies.

Despite a proclivity towards antisemitic tropes, British Muslims were not hostile towards Jewish communities. ICM asked the control and Muslim samples to measure their feelings towards faith and non-faith groups on a thermometer. Oddly, views towards Sikhs were missing from the data. The control group survey were more likely to agree that antisemitism was a problem. Yet 44 per cent of the Muslim survey and 46 per cent of the control group did not consider antisemitism a problem in Britain today.

The control survey were far more likely to disagree (51 per cent) with the statement ‘Jews still talk too much about what happened to them in the Holocaust’. Yet 18 per cent did agree with the statement, compared to 34 per cent in the Muslim survey.

Confusion about deaths in the Holocaust in the Muslim survey may owe to ignorance, not antisemitism. As 55 per cent did not know the true figure. Just 14 people agreed that it was a myth perpetuated by Jewish people. The control group was not asked this question so it’s hard to make a direct comparison.

Opinions in the control group sample were even more divided when it came to the question of publishing cartoons that mock the prophet Muhammad. And 44 per cent said publications should not have this right  – and that included 32 per cent of non-religious people and 50 per cent of Christians. A measure of support from Christians may owe to a sense of Abrahamic solidarity or the UK’s own historic and abolished blasphemy laws.

Linda Woodhead, Professor of Sociology of Religion at Lancaster University, surveyed different faith groups in 2013. It found a variety of liberal and conservative views towards topics like abortion and homosexuality.

ICM also asked how often Muslims had mixed socially with non-Muslims in the past year. Again, what defines this social interaction remains open to interpretation. It was rare for Muslims to have had no social mixing outside of the home. Nor are social interactions defined by the boundaries of a person’s home. That applies to Muslim and non-Muslim alike. Yet the data does show that at least a fifth did host and visit non-Muslims friends at least once a week, and 17 per cent welcomed non-Muslims into their homes on a daily basis.

Trevor Phillips, the former head of the Equality and Human Rights Commission, who will present the Channel 4 documentary What British Muslims Really Think tomorrow evening, made a problematic statement on BBC Radio 4’s Today programme.

That rhetoric can also suggest that religiosity and support for terrorism are somehow linked, a point that misunderstands the nature of radicalisation.

ICM asked some wide-ranging, probing and sensationalistic questions; but to suggest it captures the breadth of Muslim opinion is not quite accurate. Yes, some issues to address but the real conversations must happen beyond this poll.