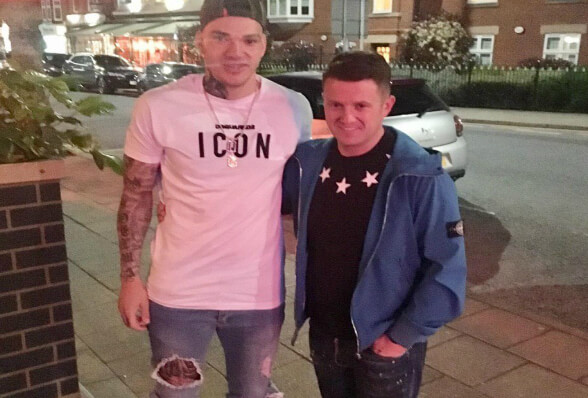 Ederson Moraes, the Manchester City goalkeeper, rejection of the views of the far-right extremist Stephen Yaxley-Lennon (aka Tommy Robinson) points to a wider and odd cultural phenomenon: how far-right figures seek out and exploit the legitimacy from mainstream celebrity figures, in opposition to the “corrupt” political establishment, in the hope of boosting their “authenticity” to an imagined and homogeneous view of working-class communities.

Some academics have diagnosed this phenomenon as a form of “entrepreneurial populism”, which, exists in a paradox: where a person running in opposition to the establishment, does not need to be trustworthy, or even demonstrate a strong moral core, due to the apparent “corruption” of their political opposition.

To “play a system whose institutions one does not trust but whose ideals and intentions are still trusted,” the untrustworthy are granted a degree of trust.

It’s within this framework that Yaxley-Lennon has morphed from a “journalist” into an Independent candidate in the upcoming European Elections.

But the tactic is nothing new.

In the embryonic months of the English Defence League, Yaxley-Lennon posed for a photograph with the media personality, Katie Price in 2010. In October 2010, in response to the photo circulating on social media, Ms Price tweeted: “that’s the trouble when I do pics I don’t know where they end up NO I don’t support such group report it.”

A year later, the disgraced former footballer, Joey Barton, then of Queens Park Rangers, was photographed with Yaxley-Lennon, and the photo soon appeared on the EDL’s Facebook page, with the caption, “Joey Barton joins the EDL”. Barton, like Price, used social media to deny any links to the group.

The EDL did enjoy some broad sympathy and support, but a clear majority were put off by their propensity for street violence. Its appeal, therefore, had hit a glass ceiling, given how many saw it as an innately Islamophobic, racist, and violent movement.

This decline, which owes to the mainstreaming of such ideological talking points, is also a product of what academics argue is the “reputational shields hypothesis.” In a broader sense, within this framework, political parties like the British National Party, could not reject accusations of racism and extremism, since their history provided “no evidence to support such a contention.” It’s why the EDL tried and often failed to appeal to religious minorities, like the Jewish and Sikh communities.

Its leadership, however, had bigger aspirations. Hence Robinson’s “rejection” of the movement he founded via the Quilliam Foundation, to his pivot towards the leadership of Pegida UK, demonstrate how Robinson, who remained unapologetic, never considered himself in need of ‘de-radicalisation’, as he saw himself as “correct” all along.

Yaxley-Lennon has even used his Telegram account to suggest that he has a “Muslim supporter” under the hashtag “#VoteTommy”, which runs counter to his history of Islamophobia and criminal convictions. 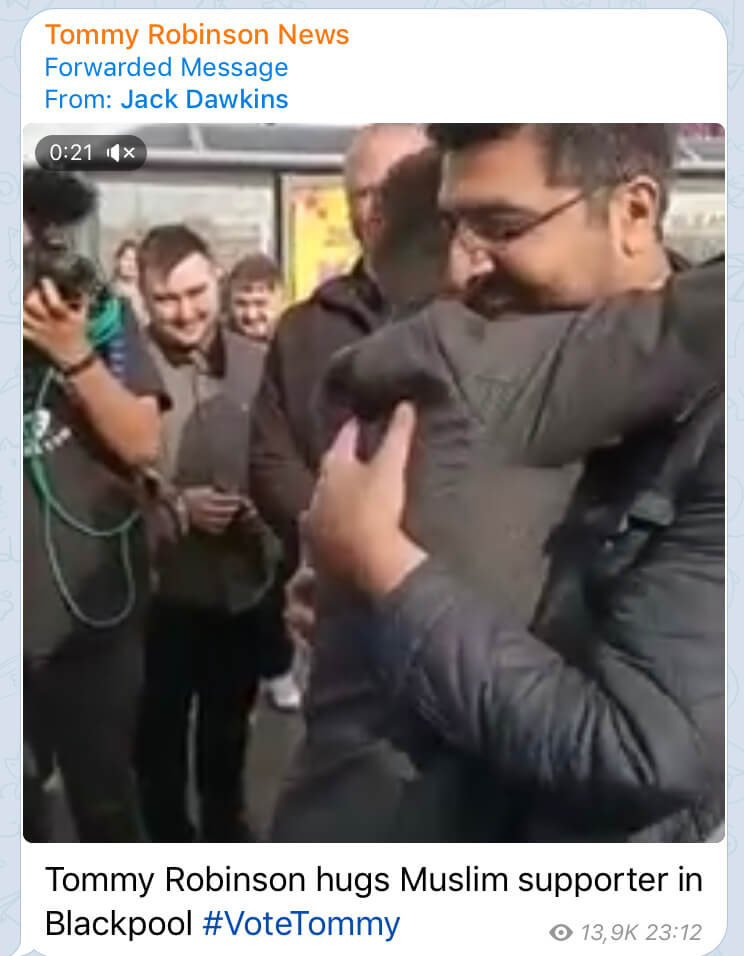 In a further example of abstract “authenticity”, Yaxley-Lennon shared a meme of a milkshake with a burnt rasher of bacon inside, captioned with a lyric from the Kelis song “Milkshake”. 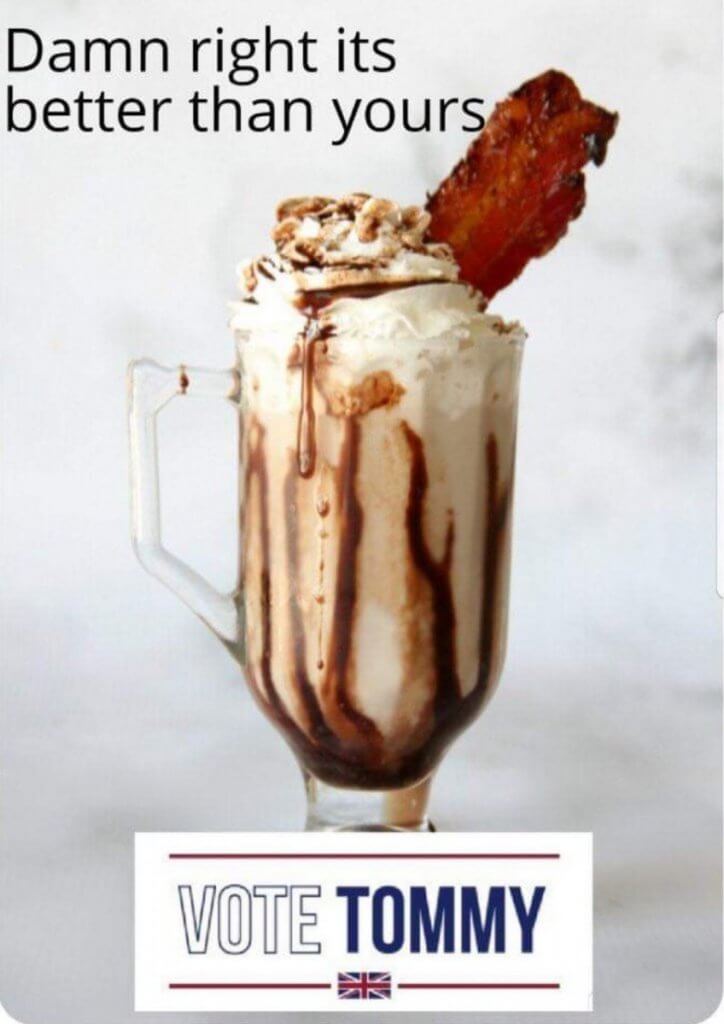 A Muslim man who dowsed Yaxley-Lennon with one such milkshake has spoken of the death threats he has been sent since the video of the incident went viral.

Britain First, the street defence movement and far-right political party, has borrowed a similar tactic. In 2016, a photograph of the group’s leadership, Paul Golding and Jayda Fransen with the BBC presenter Evan Davis, with the caption: “Paul and Jayda out campaigning today in London with Evan Davis, Britain First supporter and Dragons’ Den/Newsnight presenter!”.

Davis clarified on Twitter that he was asked to pose for a photograph with the individuals, unaware of their intentions or extreme political views.

The BBC’s former political editor, Nick Robinson, had posed for a photograph with Jayda Fransen, during the Rochester and Strood by-election in 2014, where she had gained just 56 votes, used the photograph to mask this failure and present a false example of mainstream credibility.

Robinson denied any affiliation to the group, writing: “I had no idea who this was. Asked for a selfie by someone I wrongly assumed was a worker at the count. My mistake.”

Robinson was, himself, working to a tight deadline, and didn’t look at the badge worn by Ms Fransen, due to the obvious time constraints, and felt it was more polite of him to accept a photo in response to an innocuous request for a photograph then refuse.

The deliberate targeting of such journalists has real consequences, not just professionally but personally, as Robinson and Evan Davis have since had their political views wrongly questioned on social media.

Britain First gained its biggest endorsement (and free media attention) when Donald Trump retweeted their Twitter accounts in 2017. The group has since imploded as it continues to deal with legal issues in Northern Ireland.