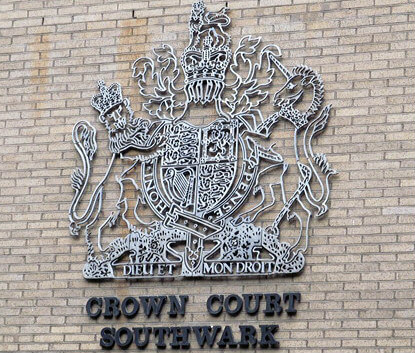 A former legal worker walked free from court after a jury cleared her of racial abuse towards Muslim families.

Virginia Agraviador, 53, had screamed ‘I don’t hijab, I am happy with my miniskirt’ and ‘f**k off back to your own country’  at passers-by who wore Islamic clothing as she sat in Kensington Gardens.

Hearing the abuse, Delia Ahmed had tried to calm Ms Agraviador; but she allegedly retorted ‘Get out of my f**king face, I don’t hijab, I work for the Mother Theresa, get out, get out’.

As Mrs Ahmed walked off with her husband and two daughters, Ms Agraviador had allegedly hurled a wine bottle in her direction.

The incident happened on August 4 last year. And Ms Agraviador had been rough sleeping prior to the incident. In court, she denied the racist abuse or throwing the wine bottle in the direction of Mrs Ahmed.

Ms Agraviador has three prior convictions for racial abuse, and she had plead guilty to them.