Woman threatened to stab Muslim teen for wearing the hijab

The Metropolitan Police are investigating after a woman twice threatened to stab a young teenage Muslim girl for wearing the hijab in east London.

The incidents occurred within a week of each other in early May.

Tell MAMA has declined to reveal the exact location of the incident to protect the identities of those affected.

One of the threatening statements included: “You f*cking b*tch, I’m going to stab you for wearing that headscarf”.

In 2017, over half of the Muslim women (53 per cent, n=353) who contacted Tell MAMA wore clothing that identified their Islamic faith (where data was available, n=669). Tell MAMA verified 57 reports of threatening behaviour in 2017, accounting for almost one in ten reports.

During the interim reporting period in the first half of 2018, Tell MAMA verified reports which showed that over half reports involved incidents where Muslim women were the target.

The Metropolitan Police recorded 116 Islamophobic hate crimes in May 2019, a slight decrease from the 130 reports in the same reporting period a year earlier. 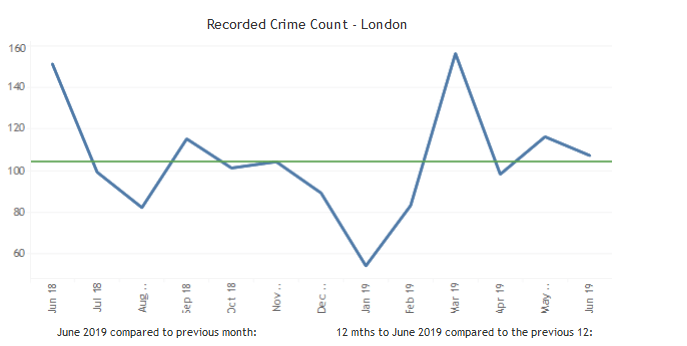 March saw the sharpest rise in reports to both Tell MAMA and the Metropolitan Police following a far-right terror attack in Christchurch, New Zealand which left 51 Muslims dead.