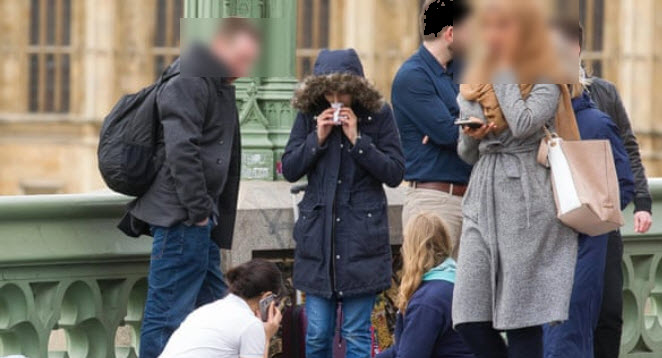 A Times investigation today has highlighted what we within Tell MAMA had previously raised about Russian interference in the destabilisation of social cohesion after the Westminster terror attack.

We within Tell MAMA have become increasingly aware of ‘bot accounts’ that are well organised and whose language is based on promoting anti-Muslim hatred and in seeking to foment hate and amplify extremist messages against this faith community in the UK. The text circulated within these accounts also seems to be scripted to maximise fear and intolerance, just as the @SouthLoneStar account did just after the Westminster terror attack and which is highlighted in the Times article today.

We had highlighted the incident of the young Muslim female on a phone after the Westminster attack and how the @SouthLoneStar account was the nexus point for the promotion of anti-Muslim hate against the young woman who was pictured in the photo walking across Westminster Bridge just after the attack. The tweet from the @SouthLoneStar account was repeatedly circulated on social media and spawned a whole range of Nazi and anti-Muslim memes that mocked the Muslim woman, (herself a victim of the Westminster attack as she saw the carnage that had unfolded in front of her), leading to a heightened sense of fear and post-traumatic shock in the young woman. This led to us having to manage press sources for her and ensure that her voice was heard when she was at her most vulnerable. 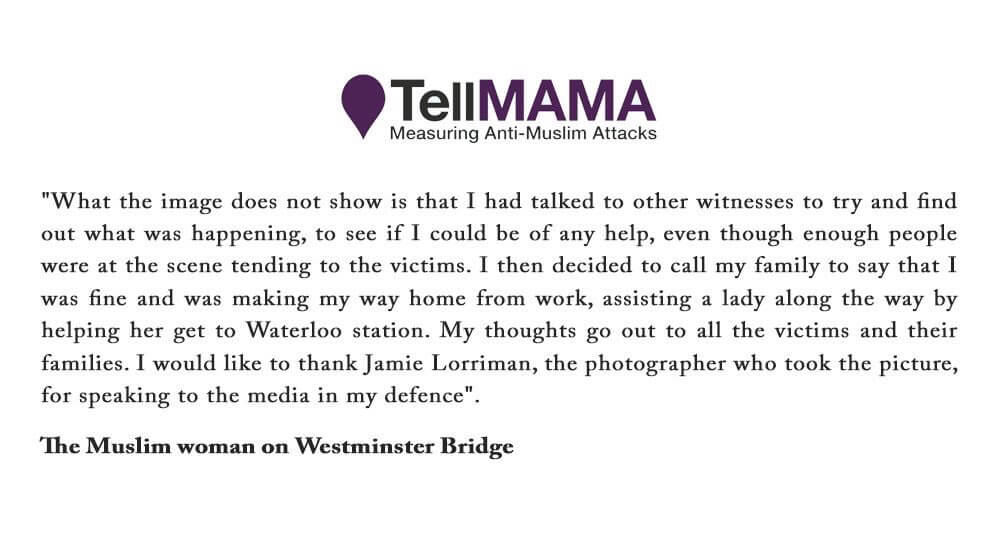 The @SouthLoneStar account, which had amassed 16,500 followers,  emanated from Russia and not from Texas which was the front cover used on the tweet. It was a deliberate attempt to stir up community tensions at a time of a major terrorist attack on our capital and the objective was to pit communities against each other. Another such account that sought to sew such hatred into the online space included @DavidJo52951945 . Responses to the rhetoric on this account, called for violent action against Islamic institutions and on August 30th 2017, the Times reported that this bot possibly originated from Russia.

The @SouthLoneStar account used the major hashtags (#PrayForLondon and #Westminster) to post tweets which described Islam as a ‘cult of death’ and added the #BanIslam hashtag. An earlier tweet called for Islam to be ‘outlawed’. An archive of the @SouthLoneStar account in January 2017 revealed many pro-Trump tweets and how the account had followed a far-right account named @pepethetroll, which remains active on the platform. Nor was the anti-Muslim content specific to the United States or even Britain. Further archive research of the account reveals that the @SouthLoneStar had attempted to stir-up anti-Muslim views in other European countries. For example, on 11 March 2017, @SouthLoneStar used the ‘#BanIslam’ and ‘#Rotterdam’ hashtags in a tweet which shared an image of about Muslim conquests and the Crusades.

The Guardian first reported that the @SouthLoneStar account was the “creation of the Internet Research Agency, a Russian “troll army” based in St Petersburg who are paid to create modern disinformation campaigns.

We believe that whilst these are some examples of Twitter and social media accounts promoting direct anti-Muslim hatred, we need to maintain vigilance against foreign interference, in these cases, emanating from Russia, which seek to promote division and intolerance in the UK.