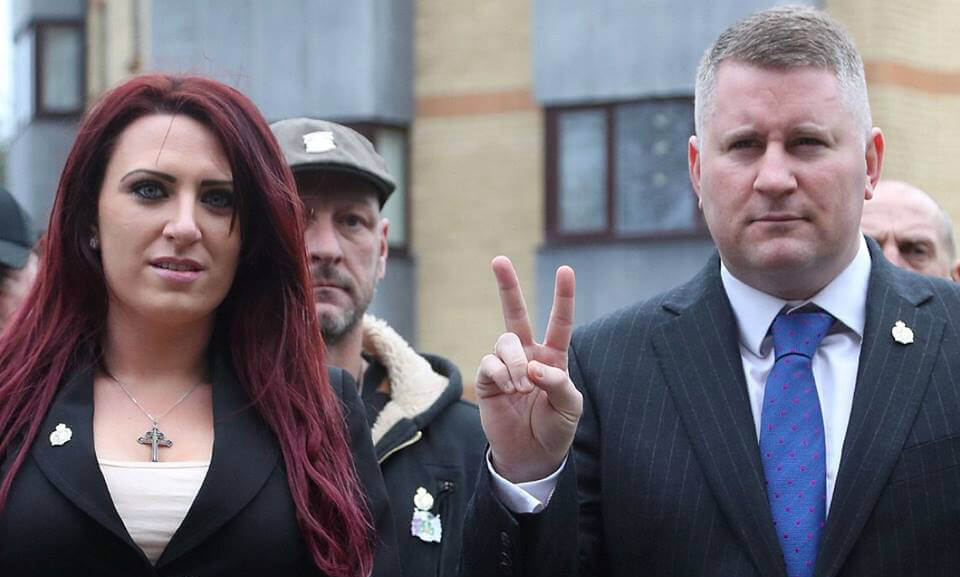 The leadership of the far-right group Britain First have been found guilty of religiously aggravated harassment.

The verdicts were handed down today (March 7) at Folkestone Magistrates’ Court.

Tell MAMA now calls on Facebook to remove the account of Britain First which boasts more than 2 million ‘likes’ following this verdict.

The court heard how Mr Golding and Ms Fransen confronted people they believed were the defendants in an ongoing rape trial last May. All the people harassed were innocent members of the public.

They filmed the abuse and placed the video footage on the Britain First website and through their social media channels.

One such video featured Ms Fransen confronting one of the rapists, Tamin Rahmani, but misidentified his brother, Faiz, as Shershah Muslimyar, who was later convicted in September 2017 alongside three others.

Faiz Rahmani spoke of his fear in court after wrongly being labelled a ‘Muslim rapist’. According to Mr Rahmani, Ms Fransen said that ‘Muslims rape British kids’.

Mr Rahmani’s partner, Kelli Best, gave evidence in court, attributing the loss of her daughter, who was born stillborn, to the racial abuse Ms Fransen directed at her in her home.

Mr Rahmani told the court that he lost his job as a result of the campaign, having also been shunned by his peers.

Another witness, Elena Viraq, who was in the pizza shop when Fransen and Golding arrived, claimed the incident ruined her family’s life.

The judge said: “This was a campaign not to highlight a terrible rape but a campaign to draw attention to the race, religion and immigrant background of the defendants.”

He added that their words and actions “demonstrated hostility” towards Muslims.

Jaswant Narwal, from the CPS, said: “The prosecution case demonstrated these defendants were not merely exercising their right to free speech but were instead aiming religiously-aggravated abuse at innocent members of the public. The victims suffered the distress of the abuse followed by additional stress when the footage was uploaded to the internet.”

Fransen, who gained added infamy after being retweeted by Donald Trump on November 29,2017, was previously convicted of religiously aggravated harassment in November 2016 after abusing a Muslim woman in Luton during a self-styled ‘Christian Patrol’ in January 2016. She was slated to appear Belfast Magistrates’ Court on April 6 over comments allegedly made during a Britain First rally last summer.

Paul Golding was jailed in December for six weeks after breaching a High Court order preventing him from entering any mosque in England and Wales. Following his release from prison, Golding threatened ‘traitor’ politicians and journalists in a video uploaded to the Britain First website and social media channels.

The group, which has never discarded its ‘street defence’ image, took its members on an ‘activist training camp’ in the Welsh mountains in June 2016. Members were said to have learned self-defence, martial arts, knife defence, and basic survival skills. The group held a similar training camp for self-defence combat sports in April 2014.