Caught on Camera – Abuse at Muslim Couple Shopping for Groceries 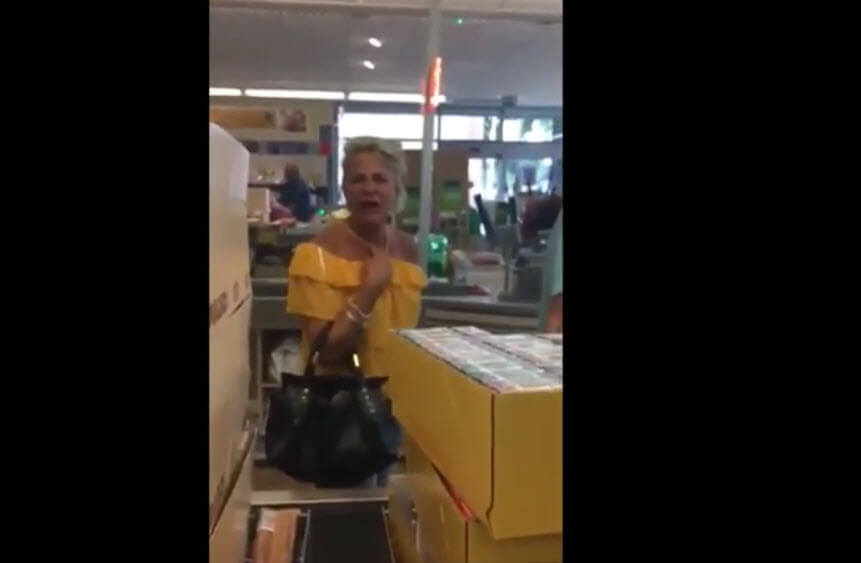 “You should not allow your wife to go around like that”, says the female to a Muslim couple shopping at Aldi supermarket. A Muslim couple simply doing the mundane things in life are subjected to an intolerant tirade of abuse.

The incident is alleged to have happened on the 31st of July in the Feltham area and the female can also be heard to say the following:

“You know the Quran, and you are supposed to be a peaceful loving person”.

This as she points to the people that she has been abusing. She is then heard to say:

The rant continues as she suggests that the Niqabi wearing woman’s dress sense is “disgusting”, all the while making a scene of her abusive actions. The only thing “disgusting” thing is the scene that she is making in front of members of the public.

Sadly, we know that women who wear the Niqab are targeted on numerous occassions in their lives for such intolerance and bigotry. The only thing in this instance, is that the victim’s husband caught it on camera.