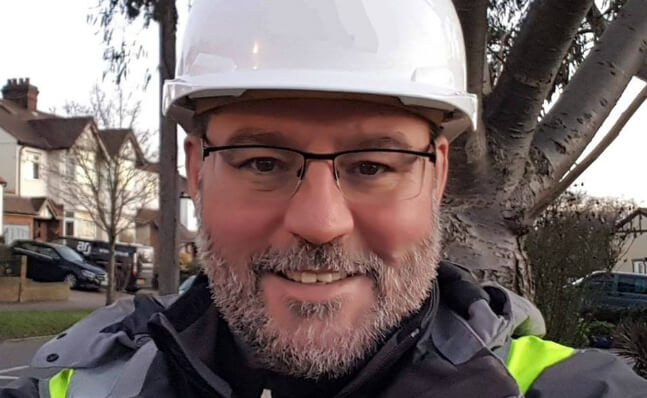 The Conservative Party have suspended a councillor after a complaint was made over their social media conduct last month.

Cllr Moss has since apologised “unreservedly” for the comments and removed them from his Twitter account. He added that the comments “were not intended to be malicious, but they were careless.” 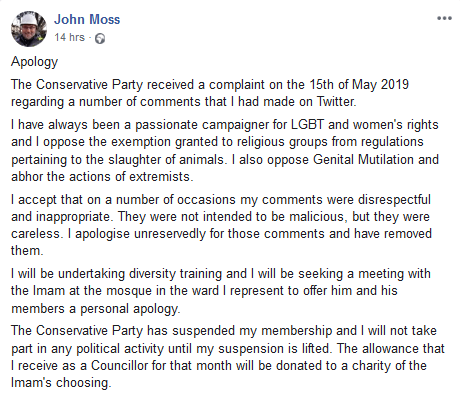 The councillor has stated that he intends to meet with his local imam to apologise to him and to those who attend the mosque.

A Tell MAMA investigation, however, had unearthed several tweets which were then reported to the Director of Governance and Law at Waltham Forest Council on March 1, 2019.

Inflammatory tweets uncovered by Tell MAMA included the statements, “I’m sad to say Islam is damaging to women almost everywhere” and “Of course, the real abuse of animals because of outdated dogma is halal and kosher slaughter.”

He signed a Change.org petition in 2016 which called for UK-wide ban on halal slaughter, adding that halal and kosher slaughter should be “consigned to history”.

Cllr Moss replied to The Times columnist David Aaronovitch, on March 24, 2016, “Nothing to do with Islam either I suppose?” after Aaronvitch’s had tweeted “The Brussels terror attacks have nothing to do with Brexit. My @thetimes column this morning.”

It was after the terror attack in Brussels in March 2016 that Cllr Moss had tweeted: “In the name of a “god” which nobody can prove exists, by followers of a “prophet” that nobody can criticise = a death cult.”

Waltham Forest Council responded to Tell MAMA’s complaint and concluded that “We are also of the view that the social media posts were not made by Cllr Moss in any official capacity but were private posts unconnected with is his official council role.”

The Twitter biography of Cllr Moss had read “Conservative Councillor & Affordable Housing Champion”. His official councillor biography on the Waltham Forest Council website linked to his @ John_J_C_Moss Twitter account. His biography has since been updated to read “On holiday”.

Cllr Alan Siggers, Conservative group leader for Waltham Forest, told the East London & West Sussex Guardian on May 30, that: “Myself, the deputy leader and chief whip interviewed John for his side of the story and we were satisfied that he does not have an Islamophobic bone in his body”.

Cllr Moss will also undergo diversity training and will donate his salary for the month to a charity of the imam’s choosing.