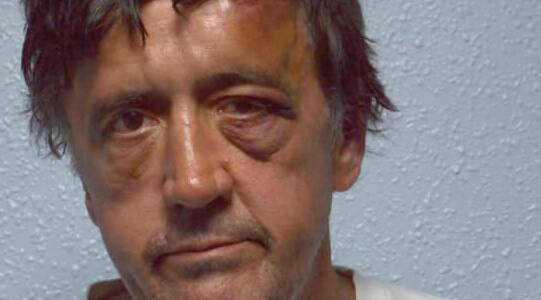 An anti-Muslim terrorist has been found guilty of murder and attempted murder after launching a terror attack on Muslims in Finsbury Park last June during Ramadan.

It took the jury just 59 minutes to find Darren Osborne, 48, guilty of the murder of Makram Ali, 51, and the attempted murder of nine others.

The 48-year-old had a ‘warped’ hatred of Muslims which was rooted in the ‘material he had watched on TV and online’, according to Jonathan Rees QC for the prosecution. The online materials were from far-right sources which included circulars distributed by Tommy Robinson, the founder and ex-leader of the English Defence League, via the far-right Canadian outlet Rebel Media.

Mr Osborne had used internet searches for Britain First and the English Defence League. He used Twitter to engage with the deputy leader of Britain First, Jayda Fransen, via an automated direct message.

One internet search took him to a misleading article headlined “Proof: Muslims celebrated terror attack in London” on the Infowars website.

Devices used by Mr Osborne, which included two iPhones and an iPad revealed that Osborne searched out various tweets, one such tweet, made by Tommy Robinson two days before the Finsbury Park attack read: “Where was the day of rage after the terrorist attacks. All I saw was lighting candles.”

Following the London Bridge terror attack, Mr Osborne is said to have browsed a tweet which read: “We have to go back to Churchill, Churchill never told us to hold vigils and sing songs, he told us to fight.”

Within hours of that attack, Osborne researched more Britain First materials online, and the murder of Christians in the Philippines.

For his long-term partner of twenty years, Sarah Andrews, however, Osborne was an ‘unpredictable’ man, who she had never considered a racist until he watched the BBC drama Three Girls in May. He then began research far-right materials online. In her mind, the documentary had such an impact on Mr Osborne that she likened it to a form of ‘brainwashing’, according to the judge.

His outward hostility towards Muslims meant that his daughter stopped bringing her Muslims friends home to visit.

But when it came to hiring the large Luton box van in Cardiff on 17 June, he was described as “polite and well-mannered”.

The outward hostility and racial hatred of Muslims Mr Osborne displayed at home would resurface again two days before the attack. At Hollybush Pub in Pentwyn, near Cardiff, Osborne burst into paroxysms of anti-Muslim rhetoric, stating that ‘all’ Muslims ‘were terrorists’ and that he was going to ‘kill all Muslims’, according to Callum Spence.

Mr Spence, a Royal Engineer, told the court that Osborne had mumbled ‘all our families are going to be Muslim. They are all going to be terrorists.’ He then claimed to be a serving soldier but could not disclose to Mr Spence which regiment he belonged to, insisting that he ‘will find out tomorrow’.

Andrew Parker, the landlord of the Hollybush pub, described Osborne’s ‘agitated’ state, adding that he ranted about Jeremy Corbyn and the Labour Party.

Osborne approached the bar and requested a pen as he ‘wanted to send a letter to Parliament’. CCTV footage presented to the jury showed Osborne writing a note which would later appear in the van following the attack.

The letter included statements about ‘feral’ and ‘inbred raping Muslim men’ who are ‘hunting in packs preying on our children’. He appended this section of the letter with a racist statement about Muslims ‘climbing’ back on ‘ya camels’.

He vented about the child sexual exploitation scandal in Rotherham, directing his rage at Labour Party leader Jeremy Corbyn, whom, like some sections of the UK press, insisted that he was a ‘terrorist sympathiser’. The letter also blamed London Mayor Sadiq Khan for the terror attacks last year.

The ideological curve is most apparent when Osborne wrote: “islams ideology doesn’t belong here & neither does Sharia law.”

He expressed his desire to kill Jeremy Corbyn and Sadiq Khan, adding that killing the Mayor of London would be akin to a ‘lottery win’. To kill Jeremy Corbyn in Mr Osborne’s mind would mean ‘one less terrorist on our streets’. Another target was the Rochdale Labour councillor Aftab Hussain.

His original target was the ‘Al-Quds Day’ march, on June 18, expecting that Mr Corbyn would attend. Mr Osborne changed targets after road closures prevented from being close to the march. He then drove to Forest Hill, south London, asking a member of the public where the nearest mosque was at around 20:00 pm.

Learning that no such mosque existed in the area, he settled on Finsbury Park and was able to follow a motorist to the location in under thirty minutes.

When Osborne took the stand, he offered none of the racist bravado or conspiracy theories he spoke of days earlier. Here was a man who attempted to blame the attack on a man named ‘Dave’. The prosecution argued that his contradictory statements were proof of a ‘fabricated’ defence from a man who lacked the ‘courage of his convictions’.

This pattern of calculating behaviour is consistent with his statements given in the immediate aftermath of the terror attack.

Footage from the body camera of PC David Jones, the attending officer who is said to have handcuffed Mr Osborne in the aftermath of the attack, confirmed that Osborne was the sole driver and that Mr Osborne had claimed to have ‘lost control’ of the vehicle. He added that he had drunk a ‘couple of pints’ before the attack.

The loss of control and consumption of alcohol were proven false. Osborne had no trace of alcohol in his system, despite being described as a ‘functioning alcoholic’ who had been out of work for years and had previous convictions for violence. A ‘ticking time-bomb’ to some.

The injuries Makram Ali sustained after collapsing were described as ‘catastrophic’ as the Home Office pathologist Dr Simon Poole believed that Mr Ali was still alive when Osborne struck.

A group of Muslim men, dressed in traditional Islamic clothing, rushed over to assist, when Osborne struck again, injuring nine.

Commander Dean Haydon, of the Metropolitan Police, said: “From our investigation, it was clear that Osborne had planned to come to London with the intention of carrying out an attack against the Muslim community.

“Only he will know, but if Osborne’s aim was to create divisions and hate between communities, then from what I have seen, he has failed in that respect. The way that the local community in Finsbury Park – of all faiths and backgrounds – came together was astounding and this reaction was the same across London and the UK.”

Sue Hemming, from the Crown Prosecution Service, said: “Darren Osborne planned and carried out this attack because of his hatred of Muslims. He must now face the consequences of his actions.”

It would be short-sighted, however, to frame Osborne’s act of murderous terror as a response to terrorism or even child sexual exploitation.

His murderous intent was ideological, believing Islam to be an ideology which is incompatible with the UK, and calling for the banning of Sharia Law, arguments unrelated to either event. Osborne wanted to be a martyr for his ideological beliefs. He tried and failed to flee the scene, shouting: “I want to kill more Muslims”.

In short, Darren Osborne’s ideological conviction to ‘kill all Muslims’ went beyond words and turned into an act of terror which left one man dead and left others injured. The Prime Minister remains correct in her assessment that anti-Muslim hatred is a form of extremism.

The pathway to radicalisation is not linear but Osborne’s trajectory towards such thinking and actions in a few short weeks is alarming but not uncommon. Perhaps owing to how the violent rhetoric of some which trade complexities for binaries of racial division and hatred can overwhelm more vulnerable minds. There is a growing awareness among experts about the role mental health can play in the radicalisation process.

The ease in which Osborne accessed such hateful materials online is not a call for censorship but a call for an honest discussion about how the far-right continues to exploit sections of the internet. For example, Britain First reaped the benefits of a verification badge on Twitter, before its long overdue suspension from the platform. The extremist far-right movement still benefits from a verified Facebook profile.

In our 2016 annual report, titled A Constructed Threat: Identity, Intolerance and the Impact of Anti-Muslim Hatred, we called on social media platforms and search engine providers to do more to tackle the scourge of far-right extremism online. For example, we called on Google to “review how far-right websites are cheating its search algorithm through Search Engine Optimization (SEO) to improve their rankings on stories related to crime, sexual exploitation, and terrorism”.

He will be sentenced tomorrow morning.