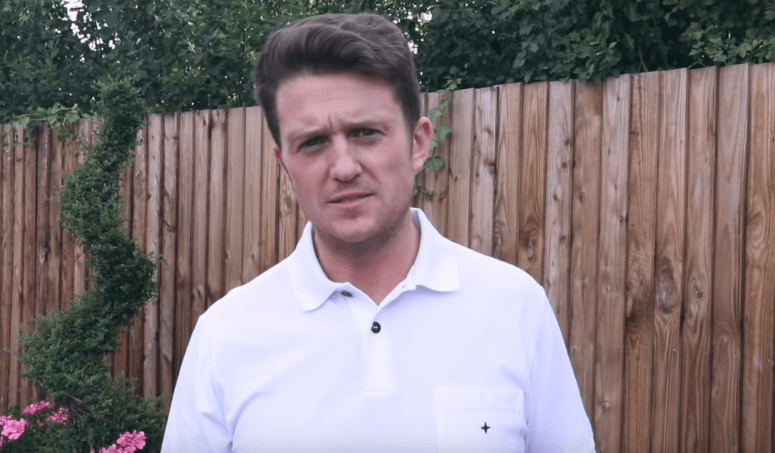 Tommy Robinson has been granted bail after a successful appeal quashed a contempt of court finding.

The Court of Appeal’s ruling highlighted various technical flaws by the judge who oversaw in the handling of the Leeds case which, did in part, relate to the speed of events that risked undermining procedural safeguards, noting a critical lack of adjournment in the case and the failure to contact the Attorney General.

3/ The Leeds contempt finding was a total dog's breakfast. There were 4 errors. (1) It was rushed through for no good reason, (2) there was no clear statement of what he was accused of, (3) his sentencing was messed up, (4) the haste meant his lawyer couldn't properly mitigate pic.twitter.com/MJwKv1muH1

The bail conditions placed upon Robinson prevent from going within 400 yards of Leeds Crown Court, and he will appear before the Old Bailey for a retrial for the contempt of court offence.

But as the Secret Barrister noted, the judgment was ‘a victory for the procedural rules, and a sharp reminder to the courts of the need to follow them.’

Robinson, charged under his real name Stephen Yaxley-Lennon, was jailed in May after he admitted to contempt of court after filming trial proceedings outside Leeds Crown Court and streaming it to over 800,000 people on Facebook Live.

His actions could have caused two major trials to collapse.

As Judge Geoffrey Marson told Robinson in May, “I am not sure you appreciate the potential consequence of what you have done.”

Indeed, had Robinson caused a re-trial, it would have meant that witnesses and potential victims would face the ordeal of giving evidence to a new jury. The cost of any such trial would have been in the hundreds of thousands, according to Judge Mason.

His appeal against the contempt of court conviction in Canterbury, however, was dismissed.

Robinson’s interest in the Canterbury trial related more to the ‘ethnicity or religion of the defendants by contrast with the alleged victims’ than actual journalism. As Judge Heather Norton stated in her sentencing remarks, a legitimate journalist would never refer to defendants as “Muslim paedophile rapists” under strict liability rules given how such pejorative language only serves to prejudge such cases.

This continues to demonstrate how the polarising and conspiratorial rhetoric of Robinson and some of his supporters (in the UK and abroad) risks eroding trust in public institutions.

One such supporter of Robinson, who travelled from Wales to support him, told the Guardian that, “They want to silence him because he challenges the status quo.”

But none of this is true.

Robinson admitted breaching reporting restricting in Leeds Crown Court and admitted that he was in contempt of court at Canterbury Crown Court.

And for some in the self-styled ‘#FreeTommy’ movement, such admission of guilt is ignored or downplayed against this drumbeat of conspiracism. The criminally convicted are lionised and held to the same moral standard as Nelson Mandela, a modern-day freedom fighter of sorts, exonerated by history if you follow this logic. This argument was also put forward by Gerard Batten, the leader of UKIP, a man who is no stranger to making inflammatory comments about Islam, which includes an unapologetic belief that the religion is a ‘death cult’ and that Muslims should sign his “proposed charter of Muslim understanding”, first published in 2006. Batten has also spoken at ‘counter-jihad’ event in 2007 which featured a keynote speech from Robert Spencer, a man who remains banned from entering the UK due to his Islamophobic views.

It is rather telling that following his release from Onley Prison, Robinson told reporters: “All the British media do is lie. I have a lot to say but nothing to you.”

The official Facebook page of Robinson doubled-down on such rhetoric in a post which has been shared almost ten-thousand times suggests that the ‘corrupt fake news mainstream media’ had “spent the best part of 2 months writing horrible lies, slander and fake news not only about Tommy but also hard working people who support him.”

Tellingly, this post ends “The establishment tried to break him mentally and physically!”. But the establishment also corrected procedural errors to ensure fairness in the legal system, which is part of the very establishment Robinson rallies against, expressed in the language of the far-right populist politicians who lent Robinson their support.

The concept of ‘entrepreneurial populism’ may help us understand how Robinson and parts of his support base will praise and chastise public institutions when it proves expedient to do so.

Academics used this framework to analyse the rise of political figures like Silvio Berlusconi in Italy. But the paradoxes this form of populism presents can, in some way, help to explain the rise in support for Robinson (more so in Europe, the United States, and Australia as evidence suggests from social media analysis of the ‘#FreeTommy’ hashtag).

A key paradox of ‘entrepreneurial populism’ is that the person does not need to be trustworthy or even have strong moral credentials because the establishment and politicians are viewed as corrupt.

Trust, is, therefore, placed in the untrustworthy in “order to play a system whose institutions one does not trust but whose ideals and intentions are still trusted.” Hence why Robinson is able to portray himself as a journalist.

We have also observed how sections of Robinson’s support base has descended into violence and criminality, as sections of the crowd at a ‘Free Tommy Robinson’ rally in London on June 9 had attacked police officers with bottles, metal barriers and other objects. Violent disorder followed the June 16 protest where supporters of Robinson harassed and intimidated a female Muslim bus driver.

Recent events have also exposed the growing influence of support for Robinson abroad and the use of foreign money to cover his legal costs. But this is nothing new, and merely a question of scale.

The claim came from Pipes himself during an interview with the website the Savvy Street, which appeared online on June 5, 2017.

When asked about recent Robinson’s imprisonment, Pipes replied: “I spent much of a day with Tommy in December 2017 as he took me around his hometown of Luton,” adding that he considered him a knowledgeable ‘leader’.

The MEF also funded the successful legal defence of Geert Wilders in 2010 and 2011 against Dutch charges of inciting racial hatred.

Raheem Kassam, the one-time editor-in-chief of Breitbart London, failed Ukip leadership candidate, a former advisor to Nigel Farage, and Senior Fellow for the Gatestone Institute, an anti-Muslim think tank, told AFP last month that he was working to make Robinson’s case an international event. He said: “When the left see an injustice, it rallies an international caucus of people together… and we don’t do that enough on our side.”

Kassam characterised Islam as a “fascistic and totalitarian ideology” on the BBC’s flagship Radio 4’s Today programme when defending Robinson on August 2.

Robinson had received upwards of £20,000 in Bitcoin donations following his short stint in prison from supporters abroad.  His official social media accounts also grew in popularity.

Nor is this the first time that American donors, named in multiple reports concerning the ‘Islamophobia network’ in the United States, have solicited donations from their supporters to aid Robinson’s multiple legal issues. In 2011, for example, the Gates of Vienna blog asked readers to donate money to Robinson through the EDL’s official bank account on September 8, 2011.

Following his arrest and subsequent conviction for entering the United States on a false passport in September 2012, it emerged that Robinson had flown back to London under the name of Paul Harris – the legitimate name on his passport.

Pamela Geller and Robert Spencer used their blogs to encourage their supporters to donate to his legal funds. Donations to Robinson’s legal fund came from Stop the Islamization of America and the American Freedom Defense Initiative, both founded by Geller in 2010. Robinson had sat on the President’s Council of Stop Islamization of Nations (SION) in 2012, alongside Geller, Spencer, and others, following their event in Stockholm that year.

This new-found support offered to Robinson, however,  by the MEF, appears larger in scale, and included fundraising for his legal fees (through the Legal Project), and political support, hence why Geert Wilders of the far-right Party for Freedom (PVV) in the Netherlands, and US Congressman Paul Gosar (Republican of Arizona), both spoke at the June 9 rally.

Gosar tweeted at Donald Trump to raise his concerns about the treatment of Robinson on June 13 and spoke at the ‘Free Tommy Robinson’ rally in London two days later.

Perhaps a larger curiosity, however, was the MEF’s promise of diplomatic support for Robinson, which may help to explain why Sam Brownback, the US Ambassador for International Religious Freedom, is said to have complained to the British ambassador in Washington D.C. following lobbying from Breitbart, according to Reuters, an accusation Brownback denies.

Donald Trump Jr also tweeted about Robinson’s apparent mistreatment in May – demonstrating how the conviction of Tommy Robinson has caused ripples in North America.

Before news of Robinson’s imprisonment had spread in May 2018, there was little to no reference to the ex-EDL leader, on the Twitter accounts of the MEF or Mr Pipes.

Pipes signed a petition calling for the release of Robinson and encouraged others to sign it on May 26 and tweeted a portion of the of the Savvy Street interview concerning his trip to Luton to meet with Robinson.

The MEF Twitter account had tweeted about Robinson on September 11, 2015, with an external link to a Breitbart article concerning Robinson’s departure from the EDL.

Pipes remains a controversial figure. In 1990, he wrote: “West European societies are unprepared for the massive immigration of brown-skinned peoples cooking strange foods and not exactly maintaining Germanic standards of hygiene.” Years later, he attempted to clarify this sentence, suggesting that he was trying to reflect the thinking of European leaders, not his own. A blog published in 1997 included the sentence, “Antisemitism, historically a Christian phenomenon, is now primarily a Muslim phenomenon — and not just in the Middle East, but right here in the United States.”

In 2002, Pipes’ Campus Watch came in for criticism after allegedly publishing ‘dossiers’ on US-based academics and their views on political Islam and Palestine, according to a New York Times article published that year.

Pipes has propagated falsehoods relating to so-called ‘no-go-zones’ and indulged the conspiracy theory that Barack Obama was a Muslim in his youth. He wrote in defence of various European far-right political parties in Europe, including Marine Le Pen’s National Front (now rebranded as the French Rassemblement).

The overtures from Steve Bannon towards Robinson may prove part of his wider strategy (however inflated or wishful), to launch a new far-right think tank in Europe.

From the political failures of British Freedom Party to the limited reach of Pegida UK, and his departure from Rebel Media earlier this year, puts Robinson at somewhat of a crossroads with an impending re-trial hanging over him, and the ‘#FreeTommy’ movement may mobilise again.