CCTV footage captured the moment arsonists attempted to burn down in a mosque in occupied West Bank village of Kfar Aqraba, in footage published by Ynetnews and

The incident took place in the early hours of Friday morning, at around 2 am, and was discovered by worshippers’ hours later.

The fire also damaged the electricity cabinet and water fridge, and when the imam of the mosque arrived, he opened several windows to ventilate the mosque, noting that some of the walls had been turned black due to the intensity of the short-lived fire.

Graffiti, written in Hebrew read ‘Price Tag’, ‘death’ and ‘revenge’ were dubbed on the walls of the Sa’ada Mosque.

‘Price Tag’ attacks from extremist settlers have targeted Palestinians working alone in fields, or their families, to their places of worships, and in acts of destruction against personal property. The extremists have also targeted Israeli military bases, A suspected arson attack that year, which targeted a mosque in the village east of Nablus was widely condemned. The Israeli President Reuven Rivlin urged the chief of the Israeli police to investigate the attack as terrorism.

In 2015, our sister publication, Religious Reader, highlighted the ‘price tag’ attack at the historic Church of the Multiplication of the Loaves and Fishes at Tabgha, on the Sea of Galilee, where similar graffiti was found.

Zachariah Sade, an investigator for Rabbis for Human Rights, arrived at the mosque and photographed the graffiti and the attack, before alerting authorities. 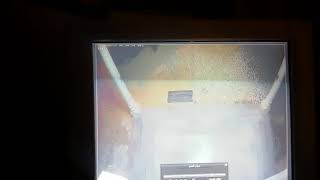 The acts have been condemned by Israeli politicians across the political spectrum.

B’Tselem, the Israeli human rights group, in a report in November 2017, criticised the inadequacies of lack of law enforcement responses in preventing such attacks against Palestinians.

No injuries were reported following the attempted arson.

Israeli police arrived with IDF soldiers to investigate the attack and gather evidence after being alerted to the crime and the police investigation remains ongoing.

The anti-racism group Tag Meir condemned the attack. In a statement published by The Times of Israel, the group said: “Since December 2009, 50 mosques, churches and monasteries have been torched or desecrated in the State of Israel, Judea and Samaria,” and attributed blame to ‘right-wing extremists’.

Yesh Din, a rights group, has documented the failures of law enforcement to fully investigate acts of settler violence.