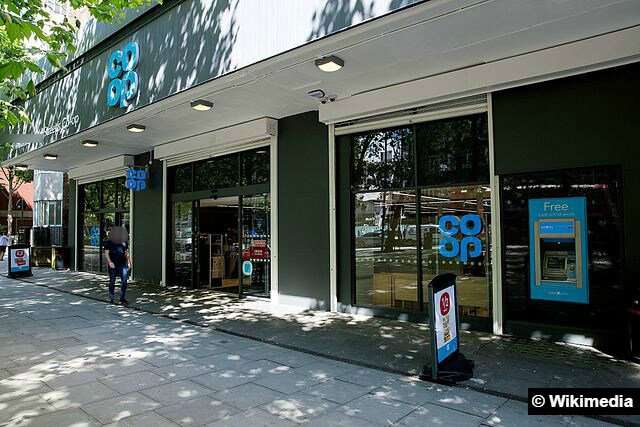 “I was shocked to hear the word P*ki, I’ve not been called it in years”, said Shiria Khatun, as she described the racist abuse she faced from a fellow customer at a branch of the Co-Op in London on August 13.

“It took me back to the dark days of the National Front, who would bang on my front door and shout ‘P*ki’”, she added.

The 47-year-old wanted Tell MAMA to share her experience without anonymising her identity.

She was queuing to pay for her goods, which she had dropped several times due to her disability, and a man, who she described as white, bald, and middle-aged, sporting a high-visibility jacket, loudly tutted at her for dropping her goods.

Shiria turned to the man, offering her apologies, and patiently began to explain how her disabilities meant she was unable to hold onto her items without dropping them.

His response, however, was of a man gripped by paroxysms of racist anger and entitlement, as replied: “You P*ki. You disabled P*ki”. Adding, “You lot think you can do anything”.

But Shiria challenged him, adding that there was no need for that language, nor was it her role to justify or explain herself to him.

His racism continued, and he made a crude remark about her hijab, stating: “Can you even see with that thing on your head? Probably why you’re dropping things”.

And, again, Shiria challenged the man, who then attempted to punch her in the face, which was blocked by her teenage son.

A member of staff then intervened, but the man fled the store, shouting “P*ki” as he left.

Shiria reported the incident to the Metropolitan Police, who took her statement three days later, on August 16.

The racialisation of Muslim identity means that Muslims, irrespective of ethnicity, face racist abuse, including the slurs directed at Shiria, who is not Pakistani. It also impacts non-Muslims, including Hindus and Sikhs, who have, according to some academics, had their faiths ‘othered and delegitimised’ through the reconfiguring of their religions through a racial lens.

Academics have contended that the visibility of the hijab serves to reinforce the “age-old stereotypes about Muslim women as meek and submissive” amongst perpetrators.

Grounding any understanding of this issue, therefore, in a framework of intersectionality, is imperative. This concept of black feminist thought presents a framework to stop the essentialism of difference. Writing in Living a Feminist Life, the scholar Professor Sara Ahmed noted that “Intersectionality is messy and embodied” in the hope of broadening the discussion to recognise certain privileges, like being able-bodied, but still face structural and personal forms of oppression. Ahmed argues: “It is easy for me to forget to think about it [able-bodied privilege], which is what makes a privilege a privilege: the experiences you are protected from having; the thoughts you do not have to think”.

Shiria’s case is another example of how this issue harms the mobility of Muslim women, curtailing the right to shop free from abuse, discrimination, or attempts of violence. Tell MAMA continues to document other examples where fundamental rights of religious expression have been hindered or curtailed in employment and education.

It was a fear that fewer Muslim women are speaking out about their experiences of racism, Islamophobia, and anti-Muslim prejudice, which encouraged her to not only contact Tell MAMA but agree to have their story told.

Tell MAMA, in partnership with CATCH (Community Alliance to Combat Hate), works to support those who face abuse or discrimination, due to various protected characteristics, meaning that someone who experienced an Islamophobic and anti-disability hate crime or incident, can be referred to the appropriate support service.