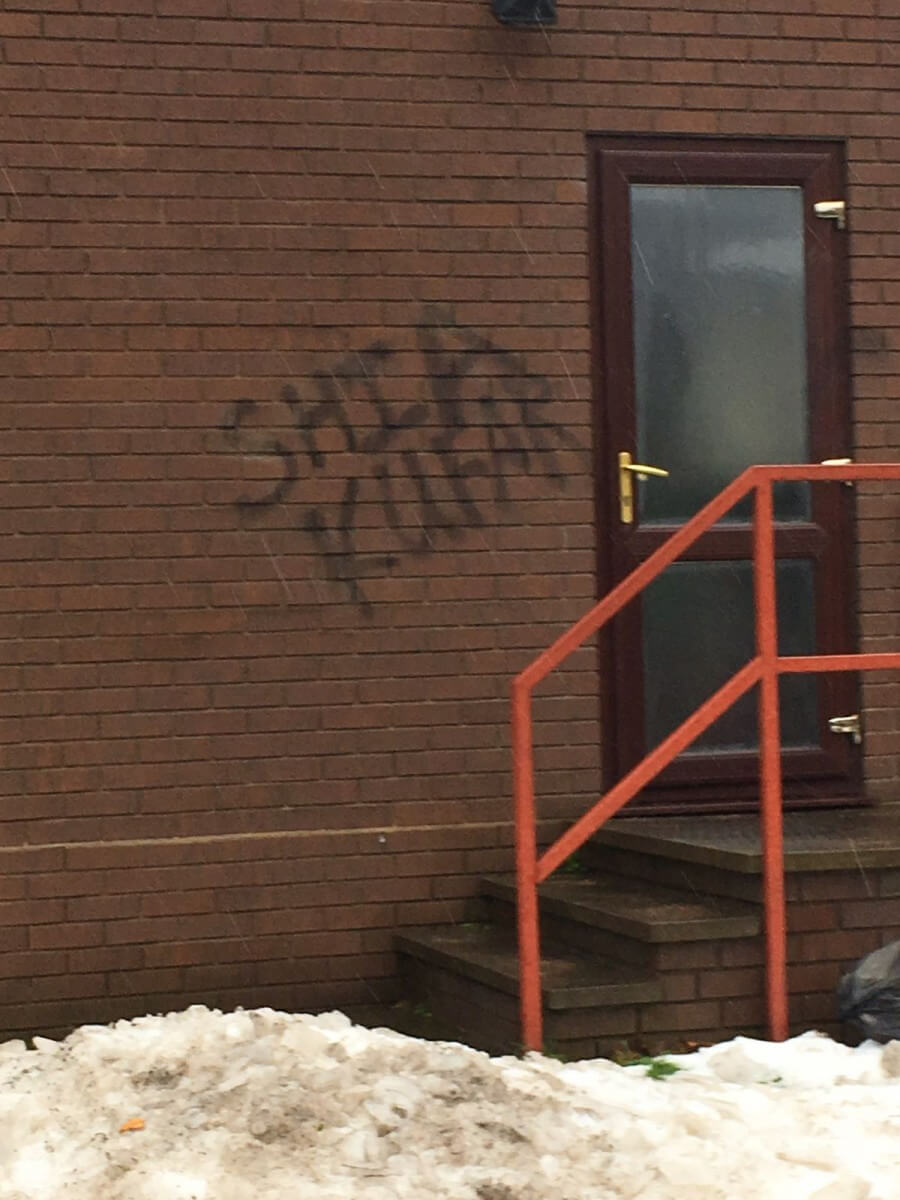 We have highlighted the continued targeting of the KSIMC mosque in Birmingham for anti-Shia rhetoric.

Sadly, last week, the mosque was again subjected to more anti-Shia graffiti which is evident in the attached picture.

This year, Tell MAMA has picked up a number of anti-Shia and anti-Ahmadi hate incidents and language like ‘Shia Kafir’ shows an intolerance towards other Muslims and possibly may be influenced by extremist rhetoric. The latter makes these cases even more important to solve and for the people involved to be fully investigated.

At this time, we would suggest that any mosques in the vicinity of the KSIMC centre in Birmingham offer their support to this mosque that has been repeatedly targeted.