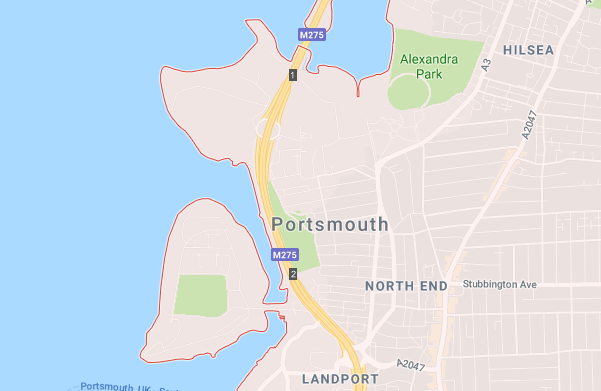 A Muslim man was left hospitalised after a vicious and sustained assault in Portsmouth.

The attack happened on the evening of January 29.

A relative, speaking to Tell MAMA on his behalf, stated that he was waiting for a friend when a woman approached him for money and then lured him into a nearby park where two men were waiting for him, with weapons on hand.

One man, armed with a baseball bat, hit the Muslim several times across the head, as the second perpetrator, who had a knife, attempted to stab the man in the neck.

He managed to block the knife with his right hand but sustained damage to the nerves and tendons.

After fleeing the scene he was able to get assistance from a police officer but not members of the public, according to his relative.

The unprovoked nature of the attack has led the man to believe that the motivation was racial or religious hatred. No items were stolen.

The police did make several arrests relating to the attack a day later as the investigation continues.

Tell MAMA continues to liaise with the family and the police on their behalf.

In the past few days, he has had his stitches removed, and he continues to attend regular physiotherapy sessions.

Acts of such extreme violence are rare but remain shocking. More broadly, however, the number of physical attacks reported to Tell MAMA in 2016 rose by 62 per cent, with 120 verified reports, up from the 74 verified reports in the previous year.