Neo-Nazi Swastikas Left on Walls of the Suleymaniye Mosque in Dormagen City, Germany 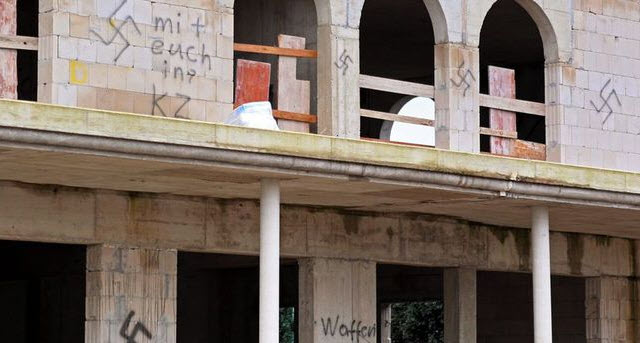 Neo-Nazi Swastikas were daubed on the walls of the Suleymaniye Mosque in Dormagen City in Northern Rhein-Westphalia State, Germany, on the 20th of December 2014. The Suleymaniye mosque is still undergoing construction and the swastikas were meant to send out a message that the mosque was unwanted in the area.

The half-built Turkish run mosque was targeted by far right sympathisers who plastered the entrance to the mosque with swastikas, sending a chilling message to anyone coming to the mosque.

In the last 2 years, over 80 mosques in Germany have been targeted for anti-Muslim hate and this recent attack comes on the back of a rising sense of fear within Turkish Muslim communities in the country.

Police have stated that they are using local CCTV footage to identify the perpetrators and a reward of 1,500 Euros has also been offered.