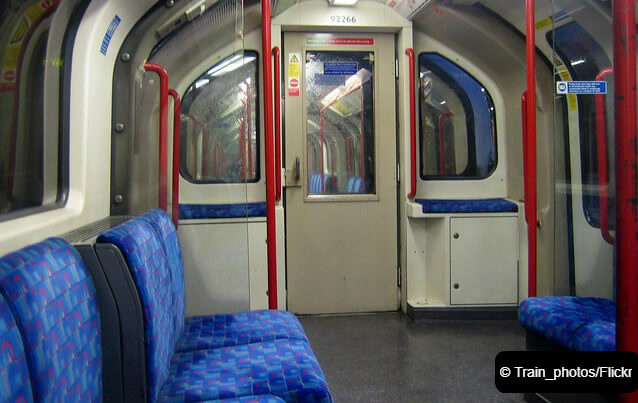 A passenger on a busy Central Line train intervened to stop the racist and Islamophobic harassment of a Muslim man after they were threatened and falsely accused of being a paedophile in front of their young children.

Speaking to Tell MAMA, the witness described boarding a train towards Holborn station on November 6, when he overheard the comments which included statements that included, “people like you are molesting children in our country”, “get out”, and turning their attention to one of the men’s children, asked: “does your dad rape you?”

The Muslim man was then threatened with murder and told ‘if your children weren’t here I’d kill you’.

Which, at this point, the witness intervened, adding that the Islamophobic and racist passenger should leave the Muslim family alone and ‘shut up’ before exiting the train to report the incident, as it was his stop to leave.

When speaking to a member of Transport for London staff (TfL), he found them to be rude, and more interested in regulating the train service, despite expressing his fears for the safety of the Muslim man, and requesting that they get in contact with the British Transport Police (BTP), which was followed up with a radio request.

The man added that he contacted BTP himself and raised his concerns to TfL on social media.

Tell MAMA will be writing to TfL to make a complaint about this member of staff on their behalf.

The male perpetrator was described as being in his forties, white, who spoke with a regional accent.

In the Tell MAMA annual report for 2018, it warned that: “The framing of child sexual exploitation that broadly blames Muslim men, and by extension, their religion, is not just reflected in the views of social media users who display far-right ideologies, sympathies, or proclivities, and gained more mainstream credibility in 2018. One tweet verified by Tell MAMA falsely claimed: ‘Muslim men in the UK make up to 3x of the population but commit close to 90% of the total grooming gang rape convictions’. There are ongoing debates around the ethnicity of perpetrators of group-based CSE, of over-representation, ‘shoddy’ research, and data collection methods”.

It was also in 2018 that a Muslim man was almost run over by a racist van driver who went on to falsely accuse them of being a paedophile and was later found guilty of common assault and ordered to pay a fine of £800 in March 2019.

Tell MAMA continues to educate members of the public about how they safely intervene when hate crimes or hate incidents occur – from calling the police on behalf of individuals, consoling victims when the perpetrator(s) leave and offering reassurance, and, as in this example, to challenging the perpetrator when safe to do so.