Racist jailed for various offences, including abusing Muslim woman as she queued for the bank 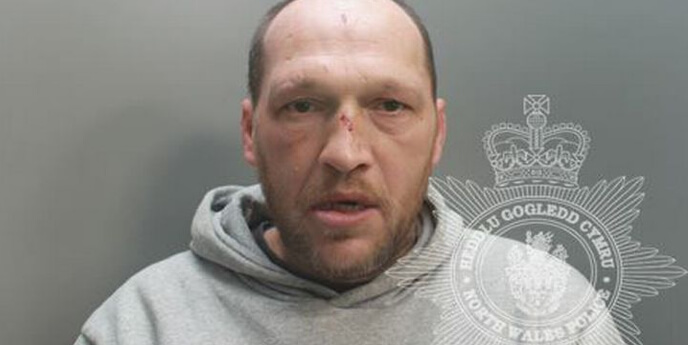 A racist who reduced a Muslim woman to tears after telling her to ‘go bomb’ her children and family as she queued to use the bank is now in prison for a string of offences.

According to the LeaderLive newspaper, Maurice Leonard Taylor, 48, was in a drunken state and ‘surrounded by empty beer cans’ when he targeted the Bangladeshi Muslim woman, who wears the hijab, on July 21, 2020, outside of a branch of Lloyds Bank in Shotton, North Wales.

The prosecution outlined how he had asked the woman what was in her handbag, which she ignored, and he said: “I know you are carrying a bomb in your bag”, and she replied, to the effect of “What have I done to you?” according to North Wales Live.

The abuse continued as Taylor said: “Just go home and bomb your own kids and family.”

After threatening to involve the police, he soon apologised, but the Muslim woman rejected it.

The ordeal left her upset and fearful of going outside, as the local press described the draining emotional toll the anti-Muslim and Islamophobic abuse had on her.

Other offences brought before the court, which occurred between January 23 and January 25, include an assault and threats against a local Tesco store manager, which caused them added anxiety to the key worker due to the ongoing Covid-19 pandemic.

Taylor punched an off-duty prison officer (causing no injury), committed theft, and threatened NHS workers, wishing that they would ‘all die’ from Covid-19.

The hospital security guard did suffer an injury, however. Blood from Taylor entered their eye, requiring a precautionary Hepatitis C injection, as Taylor said to him: “You’re not supposed to be in this country, you Polish c***”.

A breach of curfew resulted in Taylor’s arrest two days later, as he kicked an attending police officer.

The above was the second racially aggravated offence (harassment and assault, respectively) Taylor would admit when brought before Mold Crown Court.

Judge Rhys Rowlands called the abuse of the Muslim woman “deeply offensive,” and his behaviour towards NHS health workers was a “very unsettling” experience for them.

Tell MAMA, in its research and case studies, continue to demonstrate the racialised, gendered, and disproportionate targeting of Muslim women by male perpetrators – in 2018, a clear majority of known perpetrators were male (73%, 482 of 663), and 61% were white men (404 in 663).