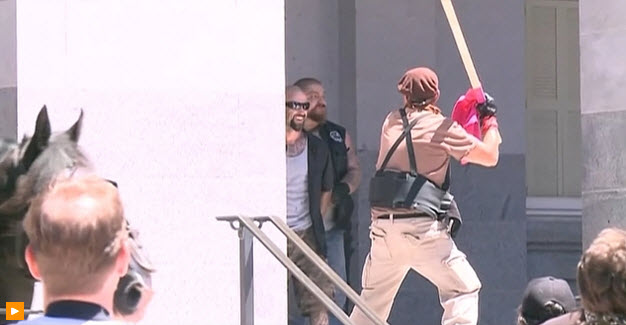 Multiple people were stabbed during a rally on Sunday (June 26) at the state capitol in Sacramento, California, the local fire department said on Twitter.

Five people were transported to area hospitals after the “mass casualty incident”, some with critical trauma stab wounds, the fire department said.

No arrests were immediately made, a fire official said.

The Sacramento Police Department said on Twitter that it had closed some areas to traffic during a protest at the capital and in a second message said that it had a public information officer on the scene at the capitol.

Local TV station KCRA reported that violence erupted between a white supremacist group and counter protesters during a scheduled morning rally on the west steps of the State Capitol.

The Los Angeles Times newspaper reported that a neo-Nazi group had planned a rally at the site, and that there were protests planned against the group.

The melee comes about four months after four people were stabbed during a scuffle between members of the Ku Klux Klan and counter-protesters near a planned KKK rally in Anaheim, California.