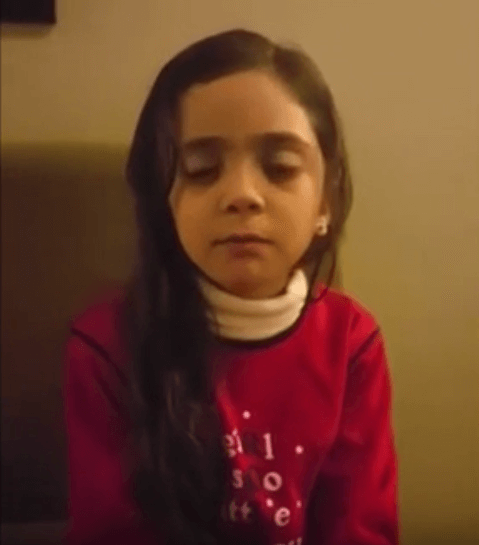 Mr. Trump have you ever had no food for 24 hours?” Bana Alabed, a seven-year-old Syrian girl asks U.S. President in her latest tweet.

“Hello Mr Trump. Have you ever had no food, no water for 24 hours? Just think of the refugees and the children of Syria.”

Bana Alabed, a seven-year-old Syrian girl who drew global attention with her Twitter updates from the besieged town of Aleppo, addressed U.S. President Donald Trump onWednesday (February 1) asking him whether he has ever gone hungry.

“Hello Mr Trump. Have you ever had no food, no water for 24 hours? Just think of the refugees and the children of Syria,” the girl tweeted.

Helped by her mother, Fatemah, who manages the @AlabedBana account, Bana Alabed has uploaded pictures and videos duringf the nearly six-year-old Syrian war, gaining around 367,000 followers on the micro-blogging site since September last year.

Responding to Reuters tweet, Fatemah Alabed said her daughter posted the tweet hoping it would help the U.S. president become more aware of the plight of the refugees and prompt him to help them.

On January 25, Trump said he “will absolutely do safe zones in Syria” for refugees fleeing violence. According to a document seen by Reuters, he is expected in the coming days to order the Pentagon and the State Department to draft a plan to create such zones in Syria and nearby nations.

Bana and her mother were evacuated safely along with 25,000 other people from the rebel-held eastern part of Aleppo in December last year and have been blogging from Turkey since then.