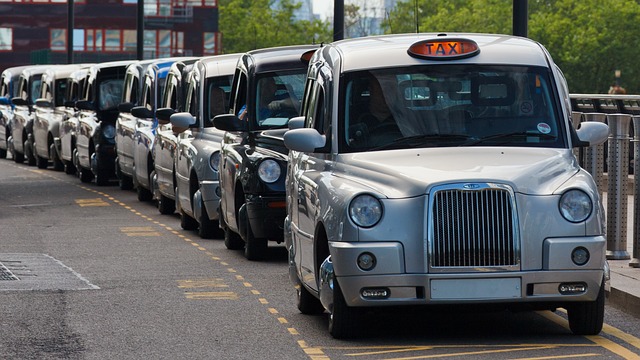 A Muslim taxi driver spoke of his shock and disgust after a passenger, who travelled with their wife and child, had asked him to imagine a scenario where all Muslims were placed inside of a large ‘nuclear chamber’ before the family had arrived at their home.

Speaking to Tell MAMA, the driver, who wishes to remain anonymous, described how he often did his best to ignore the racist abuse he faced from some passengers – including being called a “P*ki” and told to “go home” – but the brazenness of this comment was impossible to ignore.

Working in and around the Stoke-on-Trent area, he added, that racism is a growing problem, noting further shock at how emboldened this individual was when expressing their genocidal fantasy.

Nor did he report the incident to Staffordshire Police, citing a belief that attitudes within the force would hinder or stop an investigation from taking place.

He also spoke of his concern that minorities in the UK are there to be ‘used and abused’, deemed useful when needed and tossed aside when not.

The shocking incident took place on August 24 at around 23:30 GMT.

An important thematic theme explored in Tell MAMA’s recent annual report was how dehumanising language ‘others’ and marginalises minorities.

The report argued that: “Islamophobia and anti-Muslim racism, prejudice, and bigotry harms Muslims irrespective of political influence, role in public life, or, as individuals who use social media for everyday matters. Generalised forms of hateful speech serve to dehumanise Muslims by linking them broadly to criminality, sexual violence, and terrorism, by those who apply this maximalist thinking to Islam”. Adding that “The mainstreaming of such language” risks undermining and narrowing undermine “how we view and interpret the fundamental right of religious practice”, and, as the genocides of the twentieth and twenty-first-century show: hate speech and dehumanising language helps to accelerate the conditions for group-based violence. As David Livingstone Smith, professor of philosophy at the University of New England, and director of the Human Nature Project argues: “Dehumanisers do not think of their victims as subhuman in some merely metaphorical or analogical sense. They think of them as actually subhuman”.

Hate speech does, after all, have no fixed definition, but it serves to spread hatred on characteristics like race, faith, and ethnic origin. Mari Matsuda’s seminal response to racist hate speech, published in 1989, articulated how various strands of racism – from the individual to structural or political acts of racism, reinforce the ‘conditions of domination’ as Ricard Delgado noted in 1982, that hate speech and racist language helps to normalise discriminatory practices and behaviours.