The RNLI respond to misleading “funding burkinis for Africans” articles 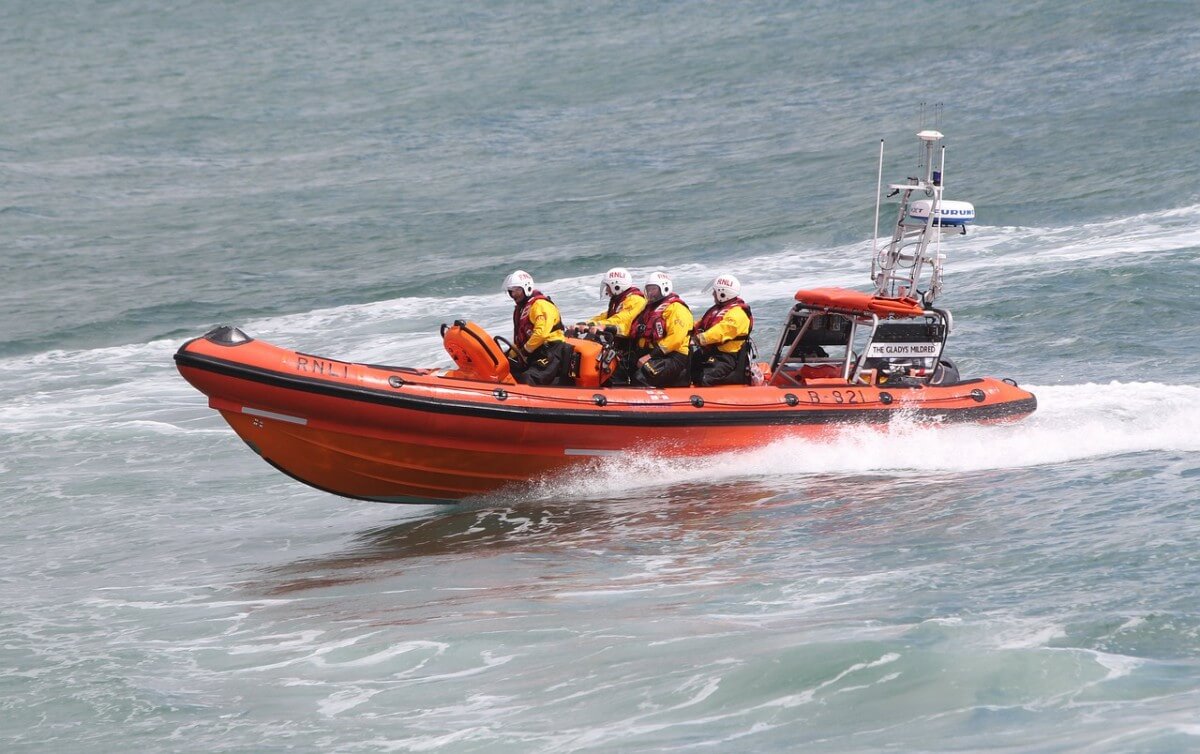 The Times and the Mail on Sunday’s viral coverage of the Royal National Lifeboat Institution’s (RNLI) overseas spending generated much outrage, but such outrage is contingent on a fundamental, crucial falsehood: the RNLI is not funding burkinis in Tanzania, as a majority of their funding for international work comes from private donors or charitable organisations, information that is freely available on the RNLI website. 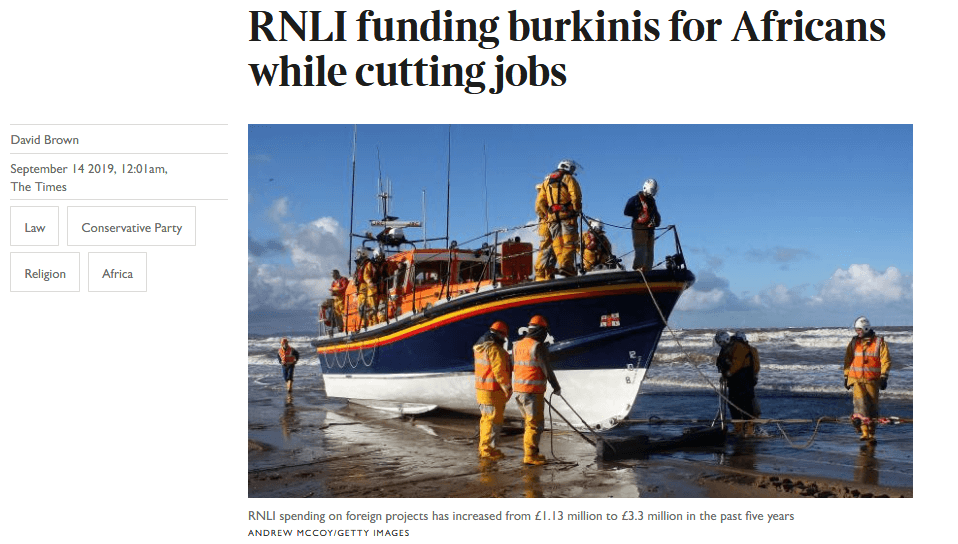 So, such headlines, like “RNLI funding burkinis for Africans while cutting jobs” published in The Times newspaper on Saturday, are, therefore, further problemtised by their racialised framing. The Mail on Sunday headline (via the MailOnline website was no better). Tanzania has a population of 55.5 million. A clear majority identify as Christian (61.4 per cent), as 35.2 per cent of the population identifies as Muslim, according to data published in 2014. The semi-autonomous region of Zanzibar, however, a focal point of both stories, is an archipelago island with over one million people, maintains a political union with Tanzania and Islam is the faith practised by almost all of the population. But such intricacies are lost as neocolonial narratives reduce a continent of where the United Nations recognises 54 countries. Africa is, after all, not a country. This issue of media framing is also nothing new.

The RNLI works with various partners in Tanzania, many of which were suspiciously absent in the media framing, which likely concerns the absence of the burkini in volunteers or participants. For example, there is no mention of Tanzania Search and Rescue, a partner of the RNLI, which is a volunteer-run search and rescue operation that operates off the seas of Tanzania.

The Panje Project in Tanzania has gained media interest over the years, including coverage in National Geographic and CNN.

The RNLI issued a press release in response to the press articles, stating that no more than 2 per cent of its expenditure goes towards projects abroad, which seeks to improve the capacity and skills of community groups in various countries. And, as the press release makes clear: “the majority of the RNLI’s involvement [with the Panje Project is] funded by a donor who specifically wanted the money to go towards this project”. Funding also contributes to classroom-based education initiatives.

There is a moral imperative to improving the swimming skills of individuals, as, according to the World Health Organisation, drowning is the third leading cause of unintentional death worldwide, and for children (aged 1 to 14), the issue is most acute in countries like Bangladesh, where 43 per cent of all deaths in children aged 1 to four relate to drowning. In 2017, the RNLI interviewed Jeny, a swimming teacher and volunteer lifeguard, who said: “In small ways, I believe we are making real change here. Until now, the water surrounding us has been a source of life and death. Simple swim skills can make all the difference. We need local women to be leaders and an inspiration. Through this job, teaching children to swim and training to save lives, I’m trying to be the female role model I didn’t have when I was growing up”.

In Bangladesh, the RNLI works with various partners, including the Bangladesh Fire Service and Civil Defence. Again, the RNLI is transparent about the funding streams for projects in this country. Others took to Twitter to praise their work in Bangladesh.

It's swimming schemes like this one in Bangladesh the @RNLI has helped devise. A country where around 40 children drown every single day. They work with local groups and use their expertise to teach others essential skills. They should be admired not criticised pic.twitter.com/YIVuoFngPQ

Following an outpouring of support, the official RNLI Twitter account wrote: “As world experts in saving lives at sea, using just 2% of our budget to help combat a global drowning epidemic that costs around 370,000 lives a year (mostly children) has to be the right thing to do”.

The hashtag “#RNLI_disgrace” became a UK-wide trend on Twitter as users reclaimed the hashtag to praise the charity and their important work.

The Mail on Sunday perpetuates this falsehood as it captioned a photo, uploaded to their website, which referenced “RNLI-financed burkinis” raises questions about the privacy of the children and adults photographed, in an image which first appeared on their Facebook page in August 2017.

For many Muslim women, wearing the burkini in parts of Europe, New Zealand, and the United States has become a political act, as Muslim women in France continue to defy the burkini ban. More broadly, however, it’s about allowing Muslim women and girls fair access, helping them to enjoy swimming for recreational purposes, and to gain potentially life-saving water safety skills.

The RNLI has since seen a ‘sharp rise‘ in donations.