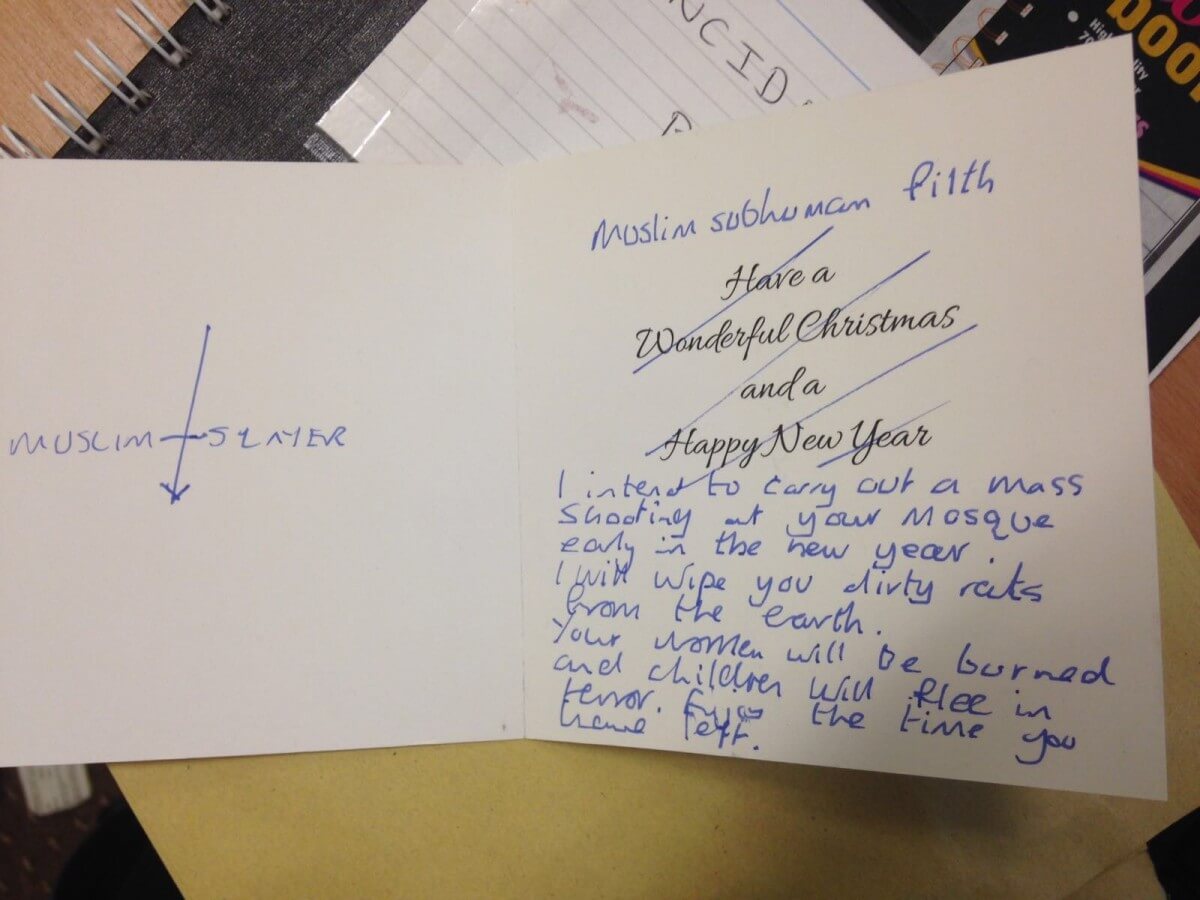 A threatening card was sent to a mosque in the South Yorkshire area recently. Good wishes of “Have a wonderful Christmas and a Happy New Year” were crossed out within the card.

“Muslim subhuman filth. I intend to carry out a mass shooting at your mosque early in the new year. I will wipe you dirty rats from the earth. Your women will be burnt and your children will flee in terror. Enjoy the time you have left.

It was signed off by the so-called “the Muslim Slayer”. The violent language and use of the term ‘Muslim slayer’ have appeared in letters sent to mosques in London, the United States, and possibly early last year. We highlighted this campaign of hate as did the Guardian and the Independent. But there is nothing to suggest at this time that it is the same person or the same campaign.