The founder and ex-leader of the English Defence League Tommy Robinson will join the leader of a far-right group the FBI now deems an “extremist group with ties to white nationalism” in a speaking tour of Australia next month.

The report, from the Washington state sheriff’s office, became public after it analysed the firing of a deputy due to her links to the female offshoot of the Proud Boys – a movement which was launched in 2016 by Gavin McInnes (the co-founder of Vice Media), which the Southern Poverty Law Center (SPLC) designates as a hate group.

In a warning to local law enforcement agencies, the FBI has said: “Proud Boys members have contributed to the recent escalation of violence at political rallies held on college campuses, and in cities like Charlottesville, Virginia, Portland, Oregon, and Seattle, Washington.”

The Proud Boys and its leadership are noted for their overt misogyny, glorification of violence, Islamophobia, and transphobia. Members of the group attacked individuals they believed to be anti-fascists and were not arrested on October 13, despite the violence and homophobic chants. Arrests came later, as their violence made headlines across the globe. The NYPD had arrested and charged several members of the group in an article published by CBS News on October 22.

This latest development may pressure the Australian government further, as a petition calling for Tommy Robinson to have his visa application denied, has gained over 50,000 signatures.

A week ago, it emerged that Tommy Robinson had not been granted a visa in time to meet with Republican members of Congress in Washington, following an invite from the controversial president of the Middle East Forum, Daniel Pipes, which has funded Robinson’s legal defence. Mr Pipes met with Robinson in his hometown of Luton last year.

Nor is this the first time that Robinson has sought to forge links with the ‘Islamophobia industry’ in the United States.

Shayne Neumann, Labor’s immigration spokesman, has written to the federal government to deny McInnes a visa.

PayPal has recently cancelled the accounts of McInnes and Robinson, and several anti-fascist groups in the United States.

Fans of Mr Robinson and Mr McInnes, however, can still spend $995 on private dinner tickets in several major Australian cities.

Photos of Mr McInnes have appeared on the personal Instagram profile of Tommy Robinson eight times – including photos of the pair drinking, eating breakfast, and attending a Luton FC match together. 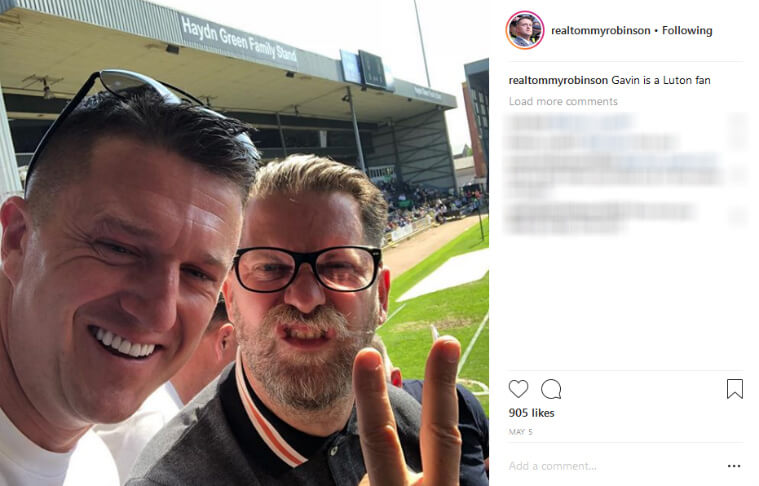 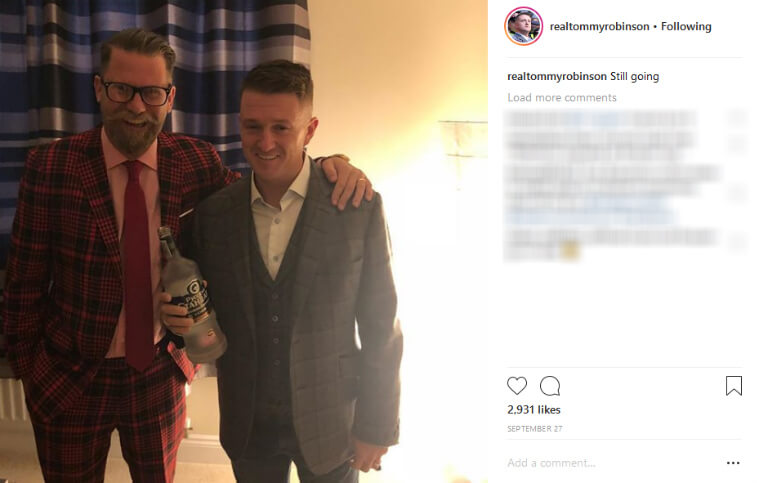 McInnes interviewed Robinson on CRTV, a conservative media outlet in October. He appeared alongside the leader of Ukip, Gerard Batten, Sargon of Akkad, Anne Marie Waters, leader of the far-right For Britain party, in protest at Tommy Robinson’s permanent ban from Twitter in May.

The Guardian newspaper has now revealed that the FBI had classified the Proud Boys as an extremist group in a meeting on August 2.