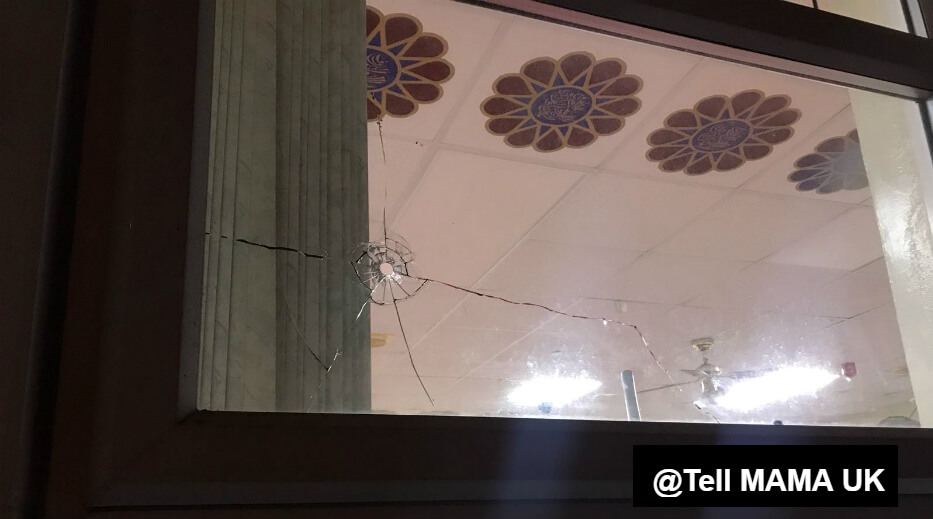 West Midlands Police are appealing for information after two mosques in Birmingham were attacked with ball bearings fired from a heavy-duty catapult.

Both mosques are situated half-a-mile away from one another. 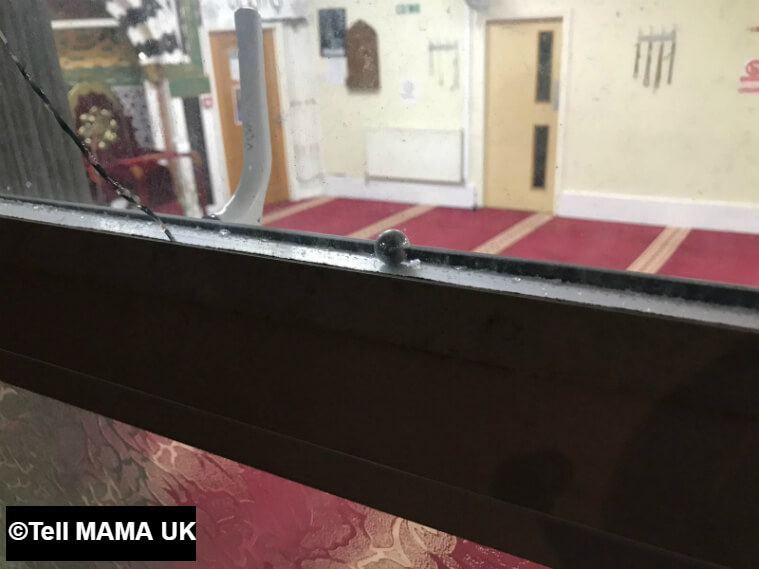 Witnesses described the ‘marble-shaped’ size of the ball bearings.

Firearms officers from West Midlands Police attended both mosques as a precaution.

West Midlands Police are working to establish the motive of the attack, and Tell MAMA is continuing to liaise with the force, as our staff support the affected mosques.

We strongly condemn the catapult attacks on the Masjid Qamarul Islam and the Al-Hijrah Masjid in Birmingham last night.

If you have any information:

Imam Usman Hussain, from Masjid Qamarul Islam, told the BBC: “Worshippers thought they were under attack by someone with a gun.”

Wajid Hussain, who works for the Al-Hijra Trust and Masjid, told the Birmingham Mail: “The damage was on the side – to the hostel part of the building, but it is all one charity. We are very concerned about the attack.”

The attacks come days after 29-year-old Salih Khater, from Birmingham, was arrested on suspicion of terror offences after a car crashed outside the Houses of Parliament.

A trustee of Birmingham Central Mosque, Nassar Mahmood, told the press that Muslims are facing ‘unprecedented levels of Islamophobia’.

Anyone with information is urged to call the police on 101.