What did the ECHR judgment on disparaging the Prophet Muhammad say? 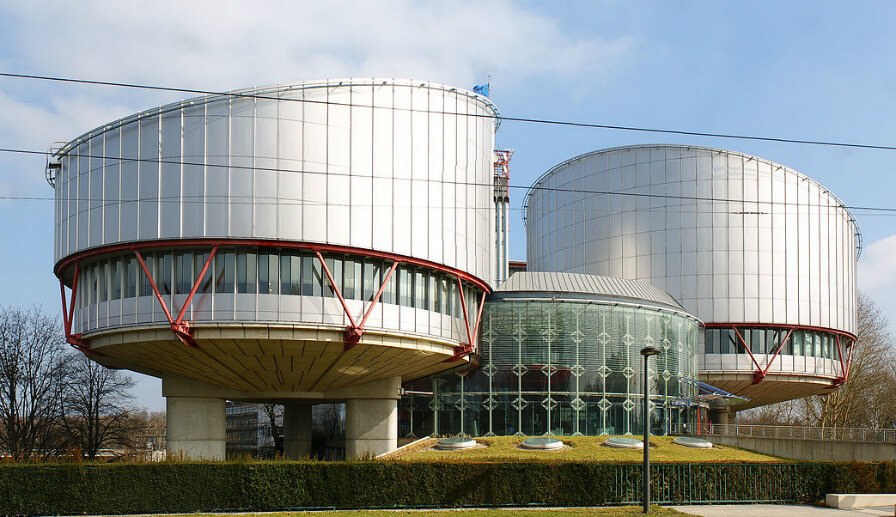 The European Court of Human Rights (ECHR) has upheld the conviction of an Austrian woman who called the Prophet Muhammad a paedophile did not violate her freedom of speech.

This judgment, however, is not final as any party has three months to appeal to the Grand Chamber of the Court.

The details of the judgment are important to read in full, given the over-reliance of the 3-page press release, in understanding the ruling, and why the ECHR agreed that the Austrian courts had “carefully balanced her right to freedom of expression with the right of others to have their religious feelings protected, and to have religious peace preserved in Austrian society.”

To understand this ECHR judgment, however, first requires an understanding of her conviction in Austria.

The applicant had, from January 2008, held several seminars entitled “Basic Information on Islam” at the educational institute of the far-right Freedom Party (FPÖ), which were advertised online for the public.

An FPÖ leaflet targeting young voters had also promoted the seminars in the context of a wider education package.

Two seminars held in October and November 2009 attracted around 30 individuals to each event, including an undercover journalist whose employer then reported the comments to the police, which, in turn, resulted in charges for inciting hatred, per Article 283 of the Austrian Criminal Code.

The woman was found guilty of disparaging religious doctrines and ordered to pay a fine of €480, but mitigating circumstances meant that she avoided a custodial sentence which can carry a six-month sentence. Her repeated infractions, were, however, aggravating factors.

The court ruled that she had made three incriminating statements which included the claim that the Prophet Muhammad was a “warlord, he had many women, to put it like this, and liked to do it with children”.

The Regional Court could not establish if the applicant had intended to malign all Muslims but did conclude that she intended to wrongfully accuse the Prophet Muhammad of ‘having paedophilic tendencies’ and of disregarding the notion that the marriage had continued until the Prophet’s death when Aisha had turned eighteen. And, given the public nature of the seminar, it was possible that some individuals might have been ‘disturbed’ by such statements.

The applicant had argued that her comments fell within the framework of freedom of expression and that religious groups must tolerate criticism.

But this particular judgment found that the woman was not neutral when presenting her impugned statements. She had no intention of furthering public understanding or had sought to provide the audience with an appropriate or relevant historical context or background.

The Austrian Court of Appeal stated that she was convicted because she had accused the Prophet Muhammad of paedophilia by referring to the plural form of ‘children’ and ‘child sex’, adding that she provided no evidence in her seminars to prove that his primary sexual interest in Aisha related to her prepubescent age. In her subsequent evidence to the Court of Appeal, she contradicted her claim by providing a text which confirmed that the Prophet Muhammad’s first wife was fifteen years his senior. Khadijah was Muhammad’s only wife during her lifetime. The prophet re-married following her death, to a widow named Sawdah. It was only after arriving in Medina, having fled persecution in Mecca, did Muhammad agree to other marriages for political alliances and to fulfil his responsibilities as the head of the Muslim community, according to the Oxford Dictionary on Islam.

The Austrian woman then took her appeal to the Supreme Court. But the ruling was like that of the Court of Appeal: it ruled that the woman had no intention of furthering public debate or knowledge, as they intended to defame the Prophet Muhammad as someone not worthy of worship.

The ECHR concluded that her statements went ‘beyond the permissible limits of an objective debate and classifying them as an abusive attack on the Prophet of Islam’, which had the capacity to stir up prejudice and risk religious peace, hence why “the domestic courts came to the conclusion that the facts at issue contained elements of incitement to religious intolerance”.

The Court did agree that freedom of religion did not exempt individuals or groups from criticism or a denial of their religion. It cited other laws and international standards which do not seek to criminalise blasphemy or religious insult, including the views of the Council of Europe Parliamentary Assembly and the European Commission for Democracy through Law.

Simon Cox, a migration lawyer, argued that the ruling was more concerned with maintaining peace and countering hatred against religious groups, rather than a question of blasphemy or religious feeling.

Douglas Murray framed the ruling in a civilizational context, alluding to the idea that criticism of Islam vis-a-vis the Prophet Muhammad has become sacrosanct, which has created a two-tier legal system. This falsehood has been challenged by Steve Peers, a professor of EU, Human Rights & World Trade Law at the University of Essex, who, in a long blog post, argued that the ECHR judgment, was, in principle, grounded in the idea of finding a balance between freedom of expression and freedom of religion. Nor can the ECHR ‘overrule national decisions or annual national laws’. Others have gone to great lengths to challenge some of the enduring myths about the ECHR. Mr Peers, however, was critical of the judgment, arguing that such case law “places too much priority on the right not to be offended, and not enough on the right to offend.”

The case was always about the application (or, in the arguments of the applicant, about the misapplication of it) of Austrian law. No state is compelled to follow this ECHR ruling. Again, that is not the function of the Court.

Others have documented how similar cases related to other faiths have gone through the ECHR, including the banning of a film in Austria in 1994 as it would offend Austrian Roman Catholics.

Some used the judgment to attack the Prophet Muhammad as a paedophile, including the current leader of Ukip, Gerard Batten.

Mr Batten tweeted, “European Court of Human Rights rules that we cannot call a paedophile a paedophile.” Tell MAMA condemned this language, as we did with similar statements made by Mr Batten in July.

Freedom of expression is a vital tool in society. But it comes with the added responsibility to not harm the dignity of others or to promote hatred, violence, or discrimination. Sadly, for some, a disproportionate hatred of Islam is often interchangeable with a hatred of Muslims. Individuals also have the right to the right to change their religion or beliefs at any time without fear of violence or harassment.

In some cases, reported to Tell MAMA, perpetrators have targeted Muslims on social media or in public or private institutions, with statements about the Prophet Muhammad to cause them offence and upset. In 2017, a Muslim teacher at an adult learning centre felt antagonised by a student who asked several leading questions about her religion, including the question, “Why did your prophet get married to a nine-year-old?”. Other questions related to Rotherham and if the Quran was ‘full of crap’. When she complained, however, she was suspended by management for challenging his views and calling them ‘racist’ despite the student only receiving a verbal warning.

Our 2016 annual report noted that far-right inspired social media accounts had used hashtags to demonise the Prophet Muhammad – labelling him a rapist, warlord, and paedophile.

Some Muslim men have been targeted and threatened with paedophile slurs despite the overwhelming evidence that race is not a motivating factor for perpetrators.  Others have analysed data concerning sexual offences against children and found that a majority of perpetrators were white. The Full Fact analysis is succinct but points to some clear gaps in existing data collection methods.