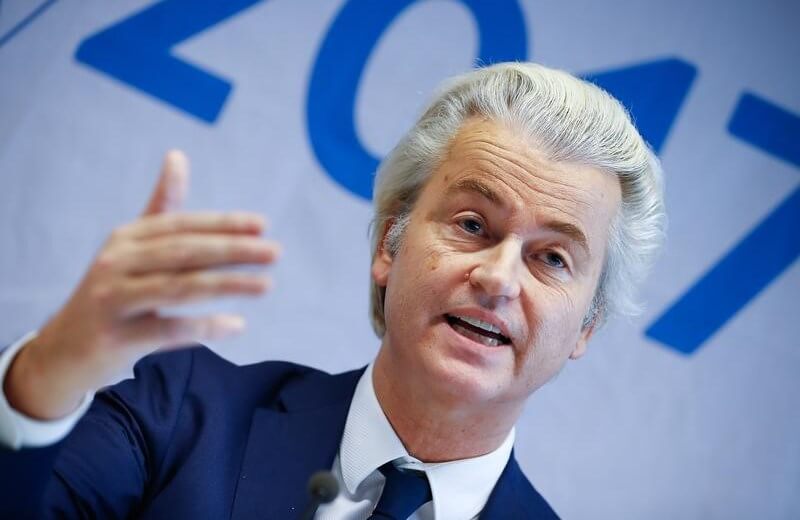 Dutch anti-Muslim, anti-EU party leader Geert Wilders promised to crack down on “Moroccan scum” who he said were making the streets unsafe and urged the Dutch to “regain” their country as he launched his election campaign on Saturday.

Wilders was surrounded by police and security guards during a walkabout in Spijkenisse, part of the ethnically diverse industrial area surrounding the vast port of Rotterdam and a stronghold of his Freedom Party.

“Not all are scum, but there is a lot of Moroccan scum in Holland who makes the streets unsafe,” he told reporters, speaking in English. “If you want to regain your country, if you want to make the Netherlands for the people of the Netherlands, your own home, again, then you can only vote for one party.”

Crime by young Moroccans was not being taken seriously, added Wilders, who in December was convicted of inciting discrimination for leading supporters in a chant that they wanted “Fewer! Fewer! Fewer!” Moroccans in the country.

Wilders – who has lived in hiding since an Islamist murdered Dutch filmmaker Theo van Gogh in 2004 – pledges to ban Muslim immigration, close all mosques and take the Netherlands out of the European Union.

Many of his supporters at the Spijkenisse market, however, said they cared more about his social welfare policies.

“The most important thing for me is bringing the pension age back down to 65,” said Wil Fens, 59, a crane operator at the port.

Wilders hopes a global upsurge in anti-establishment feeling that has already helped to propel Donald Trump to the U.S. presidency and to persuade Britons to vote to quit the European Union will propel him to power in the March 15 parliamentary election.

A win for Wilders would boost French far-right leader Marine Le Pen and the Alternative for Germany party, both hoping to transform European politics in elections this year.

“Despite all the hate and fear-mongering of the elite both in Britain and Brussels, people took their fate in their own hands,” he said. “I think that will happen in Holland, in France, Austria and in Germany.”

Wilders’ party leads in opinion polls with 17 percent, a whisker ahead of the pro-business Liberals of Prime Minister Mark Rutte, who has closed the gap by matching some of Wilders’ anti-immigration rhetoric and received a boost from a surging economy.

But if he wins, Wilders will struggle to form a government, since most major parties have ruled out joining a coalition with him, viewing his policies as offensive or even unconstitutional.

The fragmented political landscape means a coalition government of four or more parties is all but inevitable.

A study published by the Social Affairs Ministry on Tuesday found that up to 40 percent of the Turks and Moroccans in the Netherlands do not feel that they belong or are accepted.