Will the System Resistance Network be the next neo-Nazi group to be banned? 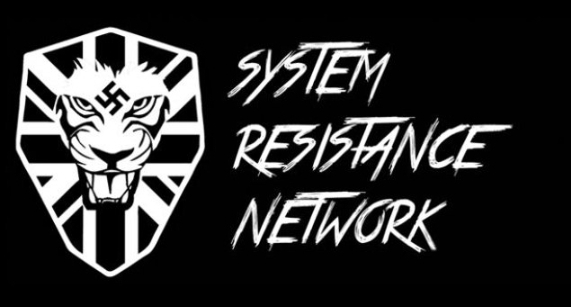 From September 29, 2017, being a member or inviting support for the organisations carries a 10-year prison sentence.

The banning order, under section 3 (6) (a) of the Terrorism Act 2000 (a), was made on September 26 and put to parliament on September 28, affirming the belief that National Action was working wholly or partly under the banners of NS131 and Scottish Dawn.

An assessment of National Action led to its banning December 2016 that it was concerned with terrorism and its glorification of the terroristic murder of Labour MP Jo Cox.

“By extending the proscription of National Action, we are halting the spread of a poisonous ideology and stopping its membership from growing – protecting those who could be at risk of radicalisation,” the Home Secretary said in a statement.

NS131 largely operated as an autonomous blog for National Socialist-inspired graffiti artists, offering a graffiti training camp for members in July 2017, but clues to its National Action identity arose from its use of the Tutanona encrypted email service, and the fact that graffiti served as a key propaganda tool for regional branches of National Action.

Tell MAMA exposed the activities of Vanguard Britannia and NS131 in July.

Scottish Dawn’s links to National Action were exposed by HOPE not Hate and the Scottish Daily Record.

Little attention, however, has been paid to the emergent System Resistance Network (SRN), a neo-Nazi movement born from the ashes of the short-lived Vanguard Britannia.

Hampshire Police are investigating the distribution of their violently homophobic leaflets in the Southampton area in August.

Users on more notorious fascist forums have praised the actions of the SRN, borrowing the Chan-board language of /ourguy/ to solidify its new direction and leadership.

On September 23, the admin of the SRN website reposted a blog which claimed that homosexuality is either a form of mental illness, a medical deformity, or social degeneracy, and citing statistics from the Family Research Council, a designated hate group in the United States.

A subsequent SRN blog posted on the same day includes the writings of James Mason, a former member of the member of the American Nazi Party, and Charles Manson enthusiast. It’s perhaps unsurprising to see Manson appear in SRN propaganda.

William Luther Pierce, the neo-Nazi who founded the US-based National Alliance and authored the infamous ‘Turner Diaries,’ which inspired terrorists like Timothy McVeigh and Pavlo Lapshyn, is eulogised in the same blog.

Academics have studied the enduring legacy of the ‘Turner Diaries’ in white supremacist networks.

System Resistance Network propaganda is not just aesthetically similar to that of National Action. It transplants key phrases like ‘Hitler Was Right’ into one of its recent posters.

Other posters are overtly antisemitic, as another recent poster is captioned ‘Stop The Faggots,’ a more violently homophobic poster with a noose, has disappeared from the SRN website.

As with National Action and its aliases, the System Resistance Network requests that individuals use the Tutanota email service.

Support for the SRN has a wider, more concerning European and transatlantic dimension as its presence grows on various social media platforms.