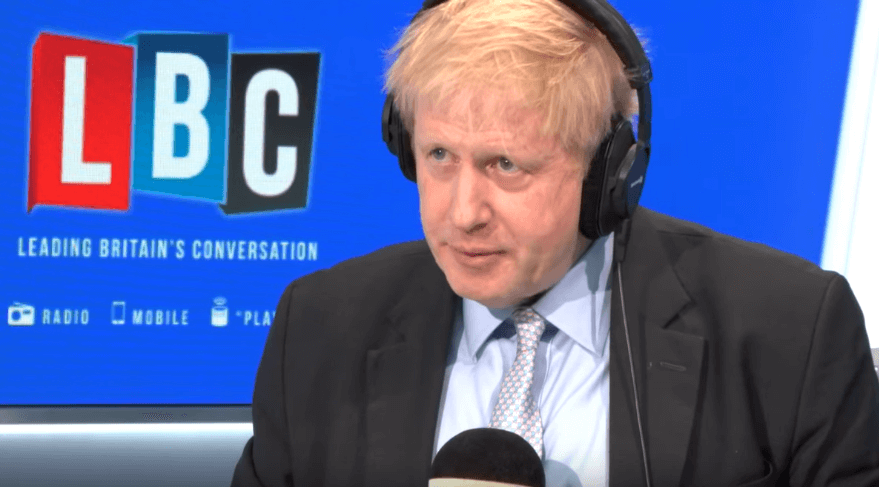 Boris Johnson, the former Foreign Secretary, has admitted that he would repeat his Telegraph comments which compared Muslim women wearing burqas and niqabs who “look like letterboxes” and compared them to “bank robbers”, drew comparisons to Donald Trump.

During a phone-in interview on LBC, on January 14, Ghassam, from Lewisham described the moment his niece, who is now sixteen, and wears the niqab, was assaulted on a bus when a man attempted to remove her face veil, and then strangled her mother when she tried to intervene.

Mr Ferrari then asked the former Foreign Secretary: “Do you agree that you brought about an unfortunate rise in anti-Muslim rhetoric?” to which, Boris Johnson replied: “I don’t, and I would be appalled if that were the case.”

Mr Johnson was asked if Ghassam’s niece was either a letterbox or a bank robber, to which, in some confusion, he replied that she was neither, because of her niqab, such a statement again demonstrates how the niqab and burqa, whilst distinct in the practice of veiling, are often seen as interchangeable forms of clothing.

The former Foreign Secretary, expressed, in no uncertain terms, that he disagreed with the notion that politicians should ‘watch their words’, having banged his hand on the desk to emphasise the point. He did, however, admit that he would seek to avoid offence if ‘possible’.

During the exchange, Mr Johnson added that ‘many’ Muslim women had expressed for his Telegraph column, published on August 5, 2018. At Tell MAMA, we saw a temporary spike in reports following its publication.

The Times newspaper highlighted, how, our service saw 21 reports, of which, 14 women wore the hijab, and seven wore the niqab, compared to five reports in the previous week.

On August 9, 2018, we published an article headlined, “Pensioners loudly echo Boris Johnson’s niqab comments in doctor’s surgery”. Days later, on August 15, we highlighted the Islamophobic abuse directed towards two Muslim women in the Exeter area. The two women, who are sisters, were shouted at and called ‘letterbox’ days apart, despite both women wearing the hijab. A Muslim woman, who wears the niqab, was called a ‘post box’ by construction workers, on August 22.

The threats against a Muslim woman last May, who wears the niqab, was fearful that Johnson’s comments would embolden some to make similar threats again.

Given the disproportionate and intersectional impact, Islamophobia and anti-Muslim hatred have on Muslim women, the need for politicians and media outlets to consider how inflammatory coverage and rhetoric can have a negative impact on political discourse is a concern we have continued raise, notably in our annual report for 2017.

An independent panel later cleared Boris Johnson of breaching the Conservative Party code of conduct last month, despite calls from the party hierarchy to apologise, which included the chairman Brandon Lewis and PM Theresa May.

Even before Mr Johnson’s comments, we called on the Conservative Party to hold an inquiry into Islamophobia and anti-Muslim hatred in June 2018, a position we made clear following the London Mayoral Election in 2016.