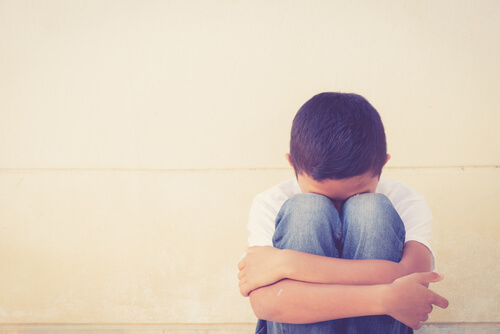 A five-year-old Muslim pupil was abused by classmates who said: “Muslims kill animals and people, that’s why we have to hit you”.

Speaking to Tell MAMA, the unnamed parent, who wishes to remain anonymous, described the moment she became aware of the Islamophobic incident and rushed to inform the school.

She added that the deputy headteacher had spoken to the students and their parents and that an apology was given.

It was during these discussions that the parents of the Muslim child expressed their concerns that the boys had copied the language of their parents. Their concerns also extended to the Prevent Duty, and if a Muslim student had made such statements, that the punishment would likely go beyond an apology.

The incident took place at an unnamed school in London, on June 17, but Tell MAMA has declined to name the school to protect the identities of those who contact our service.

The incident comes weeks after evidence from the NSPCC found that racist abuse and bullying of children has risen by one-fifth since 2015/16.

Some children have used make-up to whiten their skin to avoid racist harassment and abuse.

A Muslim teenager told the NSPCC: “People call me a terrorist and keep telling me to go back to where I came from.”

More children than ever before are being excluded over racist bullying, with 4,509 fixed or permanent exclusions, up from 4,085, the previous year.

Tell MAMA has continued to document how Islamophobia and anti-Muslim prejudice harms Muslims of all ages, as a sizeable minority (n=53, 6 per cent) of reports in 2017 occurred in schools.

The age range of perpetrators may reflect a wider problem of Islamophobic bullying in educational institutions, given how in some incidents (where the data was available), revealed a higher number of those who had experienced Islamophobia than perpetrators under the age of twelve.

Outcomes, however, are not always positive. Some parents, who have reported to Tell MAMA, have raised concerns about how schools had mishandled reports of Islamophobic abuse and bullying.

In response, Tell MAMA has published recommendations for educational institutions which include the need for guidance, to do more to accommodate Muslim role models, and to foster an environment where students do not fear going to staff for support. Teachers are also encouraged to invest time in their Muslim students given that many believe that teachers have stereotypical or low expectations of them, per the findings of the Social Mobility Commission in 2017.

Studies, after all, have found that perceptions of discrimination were shaped the mismanagement of racist and religious bullying, resulted in parents withdrawing their children. This ‘trust gap’ extends to the overrepresentation of some minority ethnic groups in exclusion rates, as students from black Caribbean backgrounds are 1.7 times more likely to face permanent exclusion than their white counterparts.

Further transparency in formal and informal complaints procedures, will help improve trust, as teaching staff do have a legal obligation to handle complaints with sensitivity – especially if complaints are against members of staff.

Tell MAMA provides a range of resources which includes safety tips for children and young people.